Wondering what to do until we hear back from Guinness?  How about taking a moment to celebrate all the hardwork that went into Download Day and the launch of Firefox 3.  Check out Mozilla Party Central for a party near you or to host your own.

With the same enthusiasm that went into spreading the word about Download Day, the Firefox community has been planning parties with gusto!  There are over 700 parties planned worldwide. Here are some of the highlights:

This is just a sampling…and please be reassured that it’s not too late to plan one! 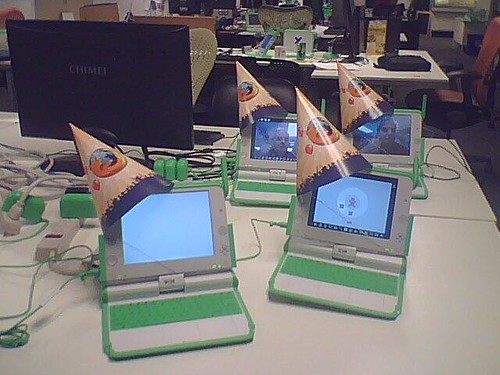 Thanks to OLPC for throwing a Firefox 3 party on launch day!