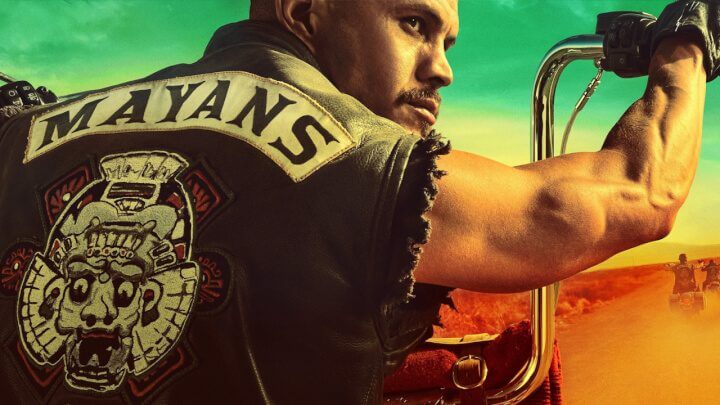 Just renewed for season 4, Mayan M.C. continues to surprise season after season as the spinoff to Sons of Anarchy but can you catch seasons 1-3 of Mayans M.C. on Netflix? Sadly, the answer is and will continue to be no.

Let’s set the stage before we get into exactly what’s going on with Mayans streaming future. Up until 2018, Netflix and Fox had an ongoing relationship where they added content to Netflix on an annual basis. Not every show was available but many, including those from FX often were.

Sons of Anarchy was one of those big FX shows that was streaming on Netflix up until December 1st, 2018 when it departed the service.

Of course, that’s all changed since then with Disney’s purchase of 20th Century Fox and as part of that big acquisition was FX. The strategy going forward, at least in the US has been keeping everything to Hulu.

As you may know, Mayans M.C. is the spin-off series to Sons of Anarchy and is created by Elgin James and Kurt Sutter. It follows EZ Reyes fresh out of prison after the events of SOA.

Mayans M.C. isn’t coming to Netflix in the United States

Mayans M.C. will not be coming to Netflix in the US. This has been known since season 1 and will continue to be the case indefinitely.

In a Tweet, the showrunner for Mayans and lead writer for Mayans (and SOA) confirmed that Mayans MC wouldn’t be coming to Netflix. Kurt Sutter took to Twitter on December 1st to address fans disappointed in the removal of SoA.

The simple explanation why SOA is no longer on Netflix and neither will MAYANS…
The Disney/Fox deal was about creating a competing streaming platform. That is the future of TV. Although it’ll take a minute to launch, F/D’s content is their biggest asset in that marketplace.

In the Tweet, we have confirmed what we feared when we originally predicted that Mayans probably won’t come to Netflix.

Where is Mayans MC streaming instead?

At the moment in the United States, you have three streaming options available. The biggest streaming service includes Hulu. The subscription service includes the first season so far. That should be no surprise given Fox is a partial investor in Hulu and so is Fox’s new owner, Disney.

You can still watch FX shows on FXNow, Hulu and Amazon. At least, for now…
I know that doesn’t help if you only have Netflix, but in this ever-changing digital landscape, we are doing our fucking best to get content on as many streaming sources as possible. Sorry it’s wack.

Could the show move to Disney’s new platform Disney+? It’s unlikely. Disney has outright stated that Disney+ is specifically for its kids content. That means it’ll probably stay on Hulu unless Disney pulls out of there and starts a new adult platform.

Will Mayans M.C. be on Netflix in other regions?

Sadly, it doesn’t look like other regions will be recipients of Mayans M.C.

In the United Kingdom, which does carry Sons of Anarchy, the series is available and continues to be on the BBC who hold an output deal with FX. It is expected in the long term, however, that the show will cycle over to Disney+ Star.

In Canada, the show is exclusively streaming on FX Now whereas Aussies can catch the show exclusively on Foxtel Now.

Are you disappointed that Mayans M.C. won’t come to Netflix? Let us know in the comments.