My name is Michael Chu and this is my story of how the game grew from a jam.

Projection was created from the result of rapidly prototyping many games. For anyone looking to get into game development, one of the best learning grounds is a Game Jam, where you make a game within 48 hours. You learn a lot from making a product in a condensed amount of time: prioritising work, having a clear vision of the end product, time management, building proper eating/sleeping habits under stress, and most importantly what you’re capable of in such a small time frame. For myself, I attended several game jams and teamed up with others as an animator, but really I wanted to make my own games. So I learned programming at TAFE, and in 2014 I made my first game jam game by myself. It was such a surprise to have the knowledge that I could finish a game in such a short amount of time.

So that year, I decided to challenge myself to make a game every week for a full year. Every weekend I would work on a new idea, practice my skills/experience, build up a portfolio, and upload a game every Monday. My rule was that each week I would try something new, whether it be a new experience, mechanic, or programming technique, and then write a short blog post about it after. Writing a reflection in a blog style not only helped provide a summary of the game for that week, it also built up my thoughts on good game design e.g. what works, what didn’t, and what I should do to improve the game.

I ended up making a little less than 60 games that year. The idea was that, as a game designer, you’re going to have lots of ideas. Most of the ideas will be meh or downright bad, but there will be a couple of good or even great ones that stand out. Only after making several bad ideas will you eventually get to the good ones, and those are the few you can keep and turn into something special. Projection was the first game on that list for me, as it brought together a unique set of things many people hadn’t seen before, like adding shadows as physical objects and the theme of shadow puppetry.

When I put forth the idea at my local International Game Developer Association everyone in the room got excited when they learned what it was about. It was a wonderful feeling. Players were having fun with the prototype and people from everywhere wanted to help me work on the game. Thus, of the weekly prototypes I had made, Projection was the one I decided to devote my full attention to. 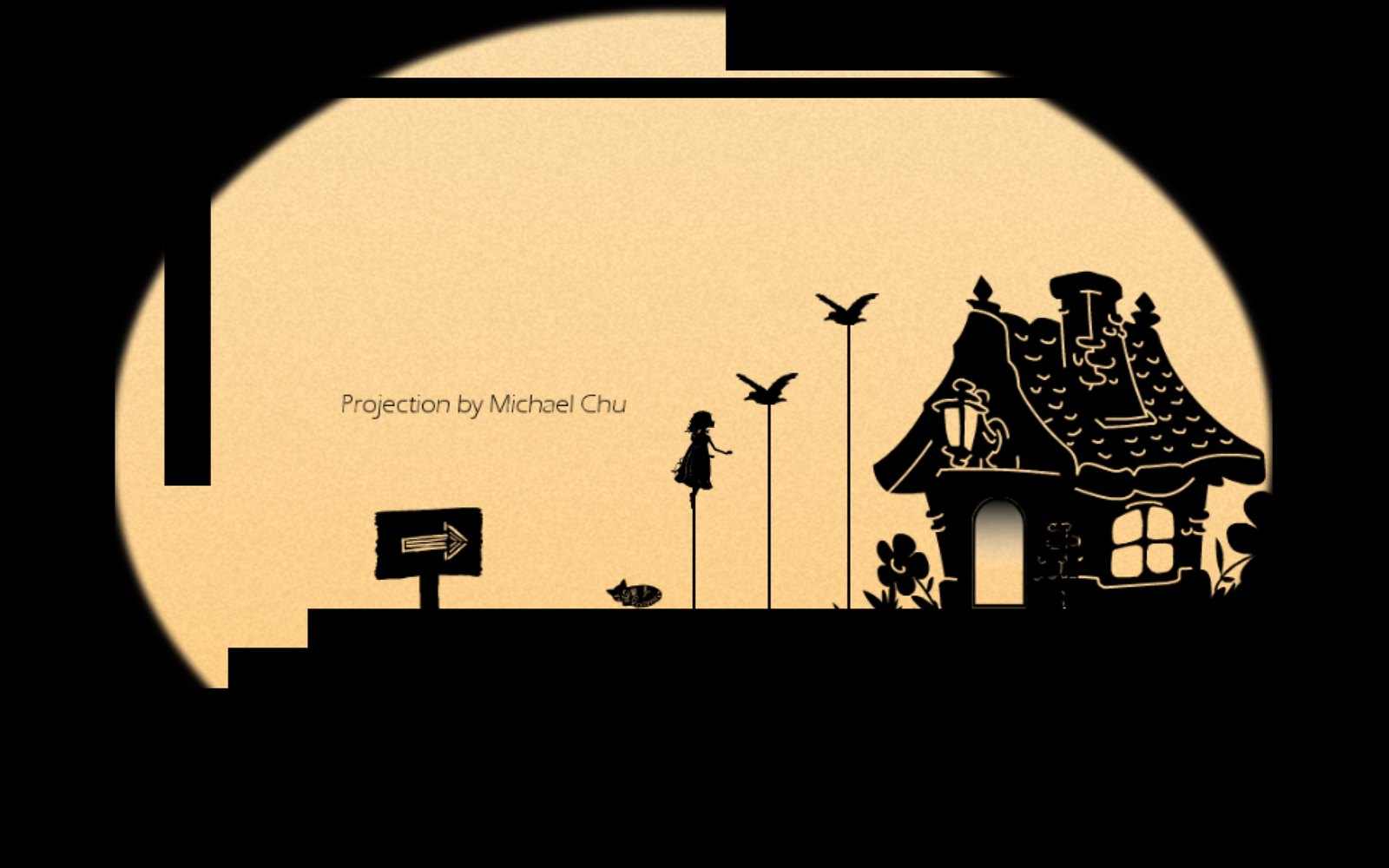 Originally, I was just getting development help from two friends: Yosha and Jared. However, I felt limited in what I was capable of programming-wise. Furthermore, I was receiving advice that I should look for a publisher to help put the game out on the market. This is where Sweaty Chair stepped in. They were enthusiastic about the idea and showed what they could bring to the table. So we decided to outsource all the programming to them and rebuild the game using a different engine. 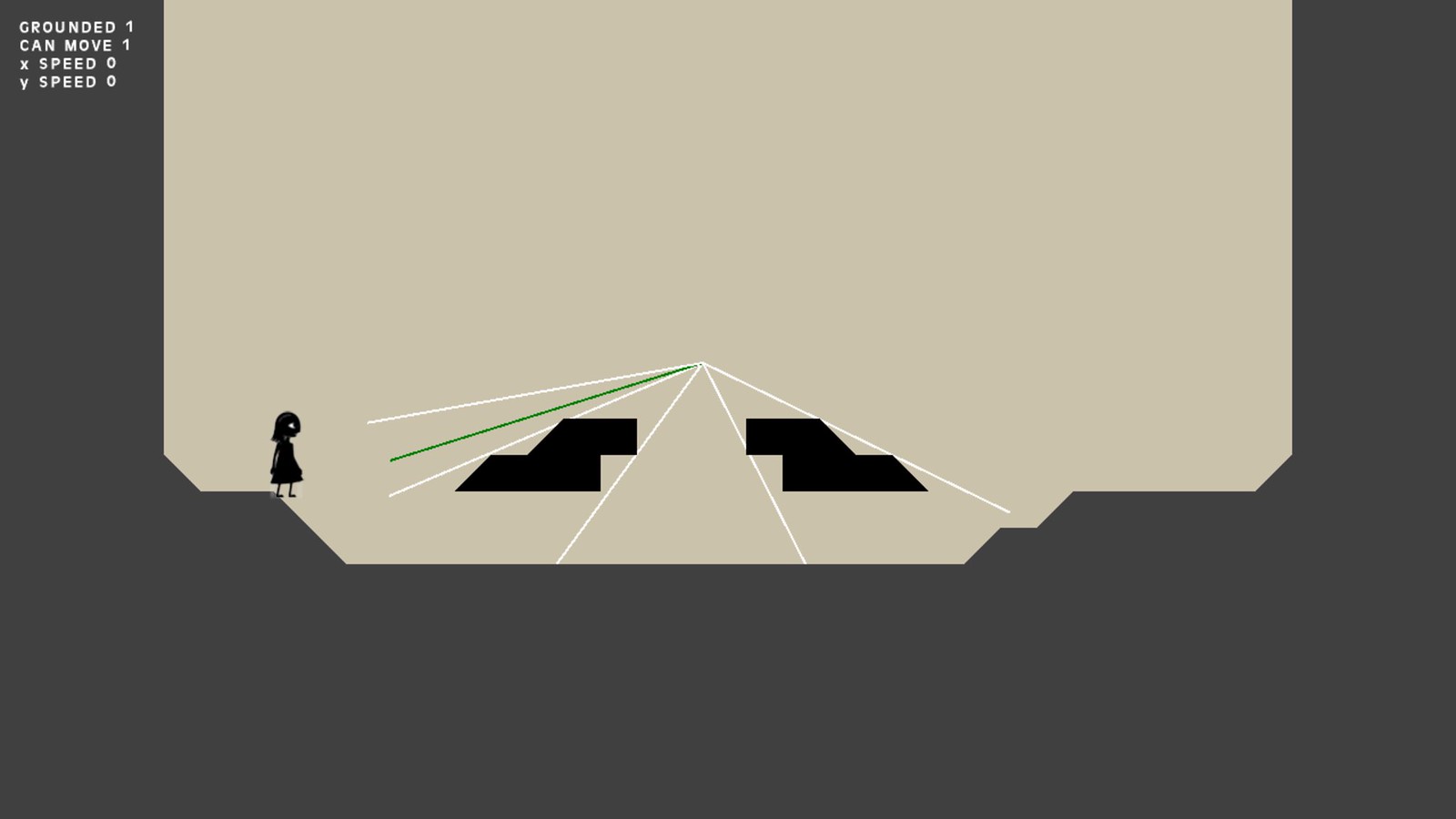 While Projection was being built, there were also talks of how to put the game on the market, most notably the platforms. Sweaty Chair, at the time, were primarily mobile app developers. However, we wanted the game to appear on consoles. This is where Blowfish Studios stepped in. They were local publishers who had developed their own games for console as well and were also keen for the project. They also had a lot of experience with porting to consoles, event setup, handling PR/marketing, and finding business deals so we could focus on development. 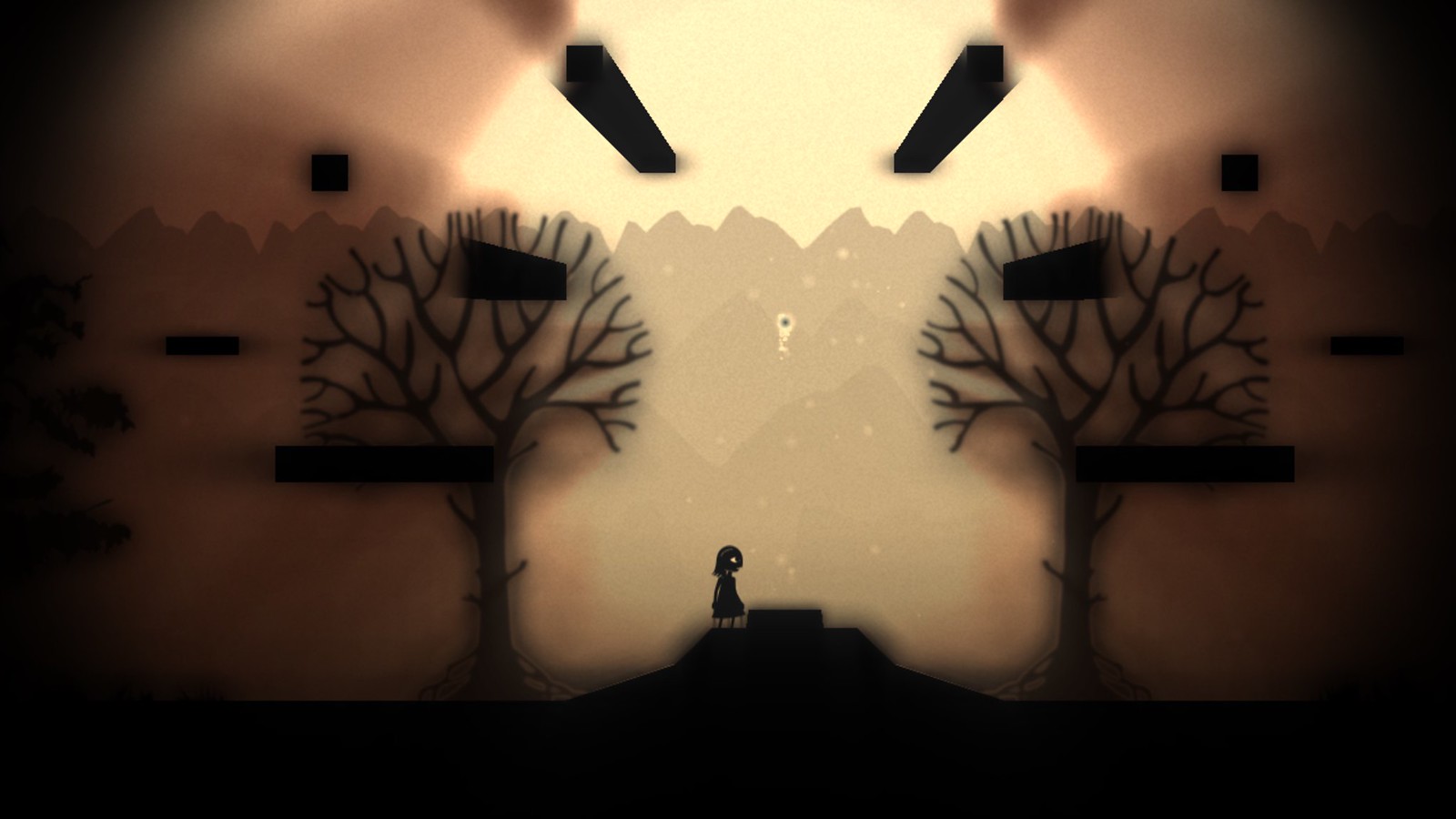 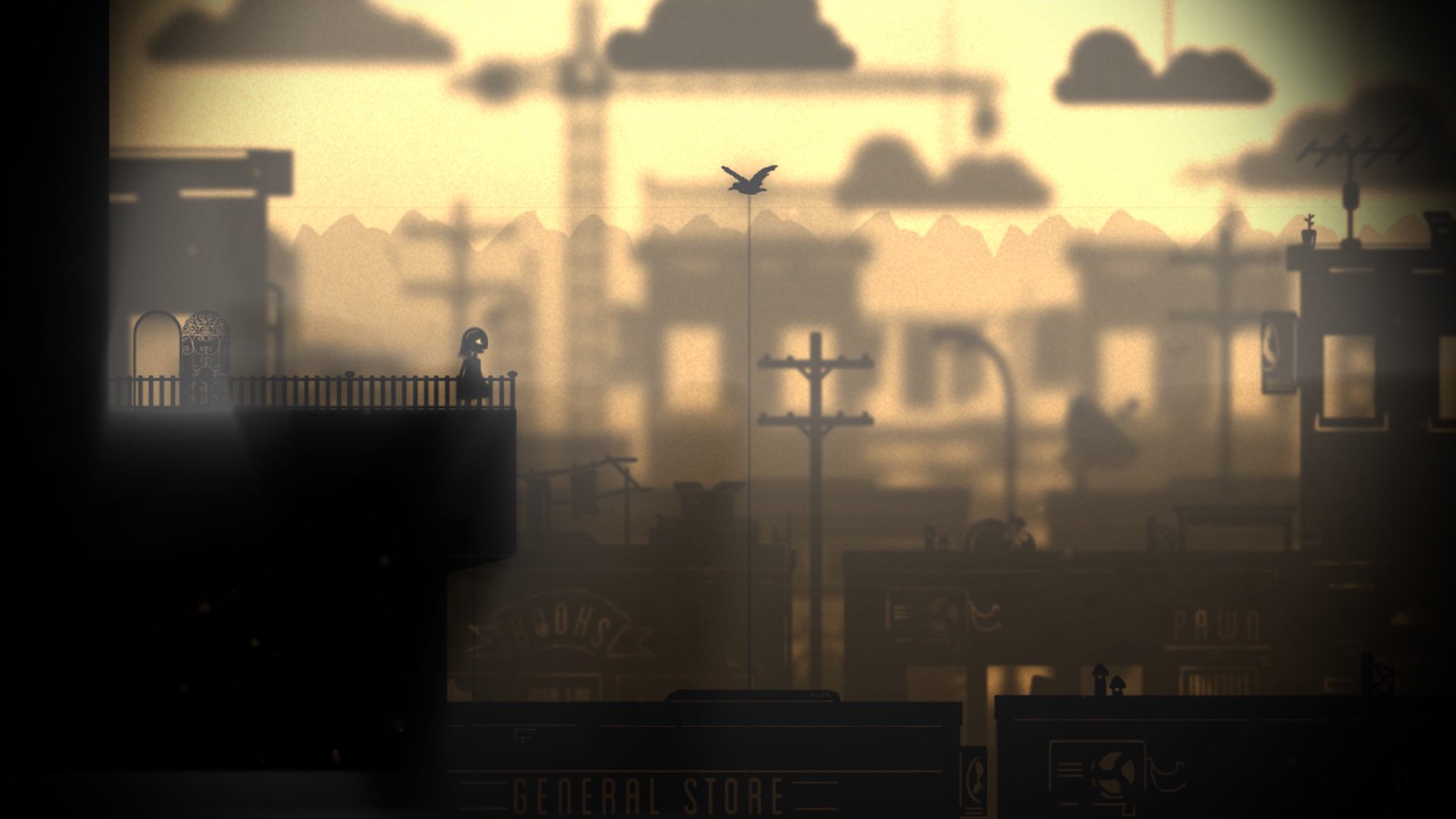 Once all three companies got together, it was simply a matter of finishing the game. As it turns out, being my first game, I was terrible at estimating just how long making it would take. It’s a completely different ballpark to spending a weekend during a game jam. On top of that, Yosha and I had our own full-time commitments with University and work. Many parts of the project changed as a result.

It was quite a scary prospect. You don’t want to drag on development time for too long as expenses keep piling up. If you’re not already well established, you then face the prospect that if the project fails, you will be in financial strife afterwards. It’s not a comfortable position to be in when your future prospects become dependent on the success of the next project.

Nevertheless, talk with most small-time game developers and you will find the desire to make a game comes from the sheer passion of the craft. It can almost be an obsession. It’s something I felt all my colleagues who worked on Projection had, and for that I’m grateful. They were all there to pitch in and help me finish the game to make it what it is today. So thank you Blowfish, Sweaty Chair, and my team of music, sound, art, and design peeps…. And thank you reader for getting this far. 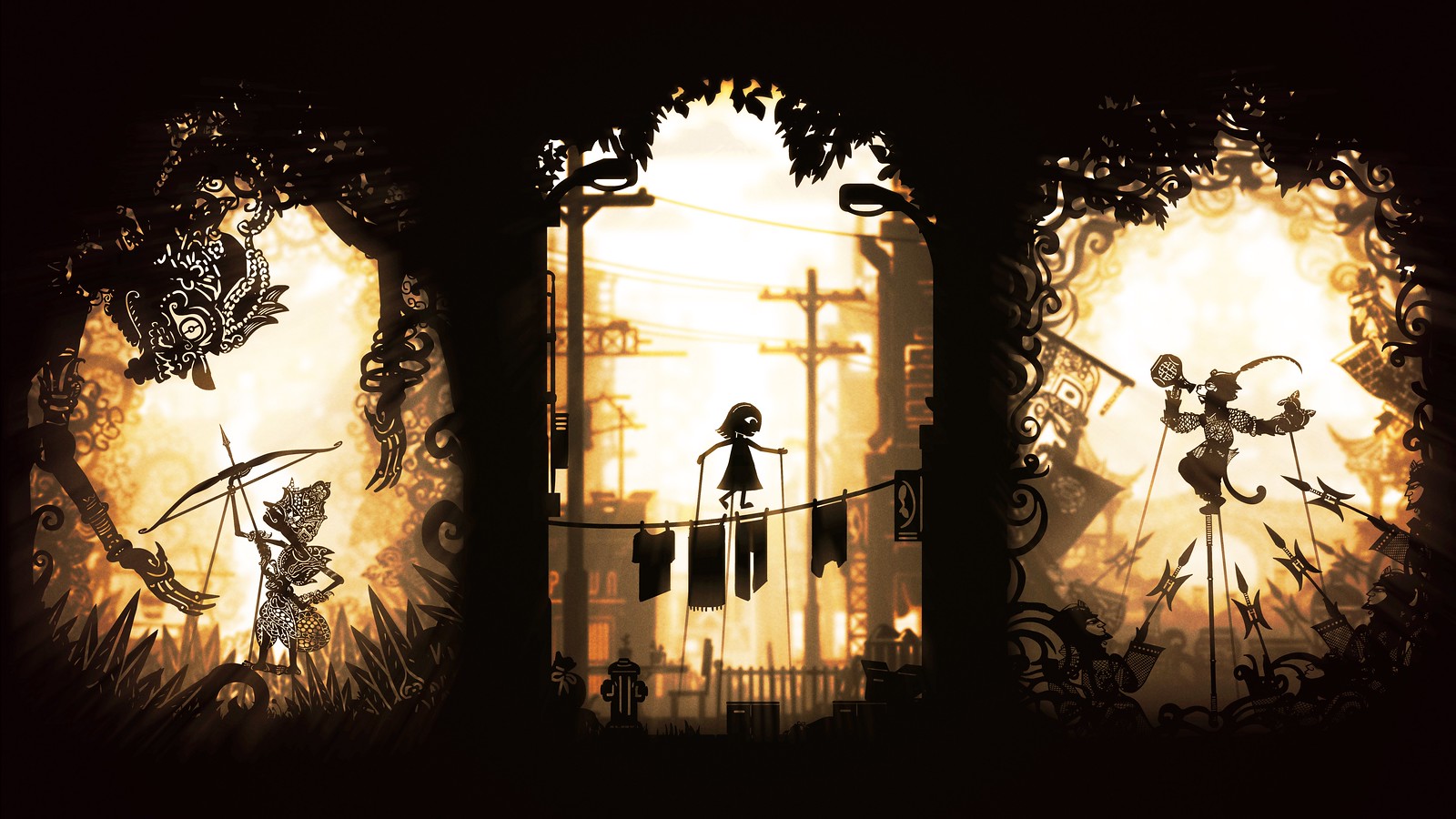 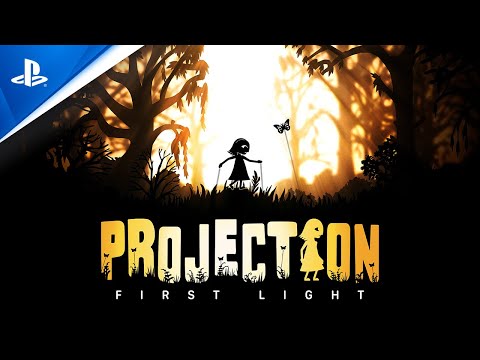 How Slime is Used to Great, Gross Effect in Nickelodeon Kart Racers

It’s a classic kart racer, but has quite a few innovative features that have been fun to work on and are even more fun to play.

After The Fall Hits PS4 Next Year, From the Creators of Arizona Sunshine

In your fight for survival you’ll wield a wide variety of weapons. Will you rush to the frontlines with your electrified knuckleduster and custom handgun ready to take down hordes of Snowbreed? Or would you rather stay back and use your hunting rifle...