Hellpoint, an unsettling sci-fi action-RPG, is out tomorrow on PS4

We are Cradle Games, a Quebec-based studio founded by veterans of the industry in 2015. After five years of hard work, we are excited to finally release Hellpoint, an atmospheric dark sci-fi action-RPG, an unholy child of Demon’s Souls and Dead Space, blurring the line between science and occult.

The World of Hellpoint

In Hellpoint, we created a new badass dark sci-fi fantasy universe that players will love to immerse themselves into: with an intoxicating atmosphere, unsettling soundscape and ever more bizarre cast of characters and creatures.

The game takes place on Irid Novo, a derelict space colony orbiting in real time around an ominous black hole. All inhabitants appear to have suffered from a terrible affliction called the Merge. You play as a Spawn, a soulless, mechanically printed servant forced to take part in a strange scientific experiment that hides many dark secrets.

Depending on the time, a variety of dynamic events can take place based on the influence of the black hole. Mini-bosses can appear and patrol an area, hordes of enemies can invade the station en masse, and secret doors suddenly become accessible.

By exploring the world, the secrets of Irid Novo slowly begin to unravel, telling stories of a society dominated by the cult of science, manipulated, drugged and exploited to serve the goals of a hidden elite that worship evil for power.

Three main enemy factions have been summoned to invade Irid Novo. The brutal Daemons, the soulless Archons and the wicked Thespians. Each faction is ruled by their own cosmic god, and each can be attacked in any chosen order. Depending on which god remains dead or alive, the basic enemies present in various environments may change from one faction to another, greatly contributing to the replay value of the game.

Making Your Way Through Irid Novo

Upgrades can be transferred from one weapon to another, using special chips called “conductors.” This way the player can decide to use a newly collected weapon if it proves more interesting to him.

Commitment to a weapon is still rewarded though. The more the player inflicts damage using a particular weapon, the more this weapon will unlock special abilities unique to its kind, like piercing attacks, backstabbing, weapon throws, and sometimes even stranger powers.

The game is often terrifying, but rewards courage. The only way to regain healing power is to slaughter enemies, as damage dealt is transferred to restoration energy which is then used to perform healing methods using syringes, nanobots, and blood rituals.

Early into the game, the player will find an “Omni-cube,” a versatile tool that can be used as a flashlight, a turret, or to leave bread crumbs behind. The Omni-cube can also be utilized to teleport the player to the last encountered “Breach,” respawn all enemies and grind some more. 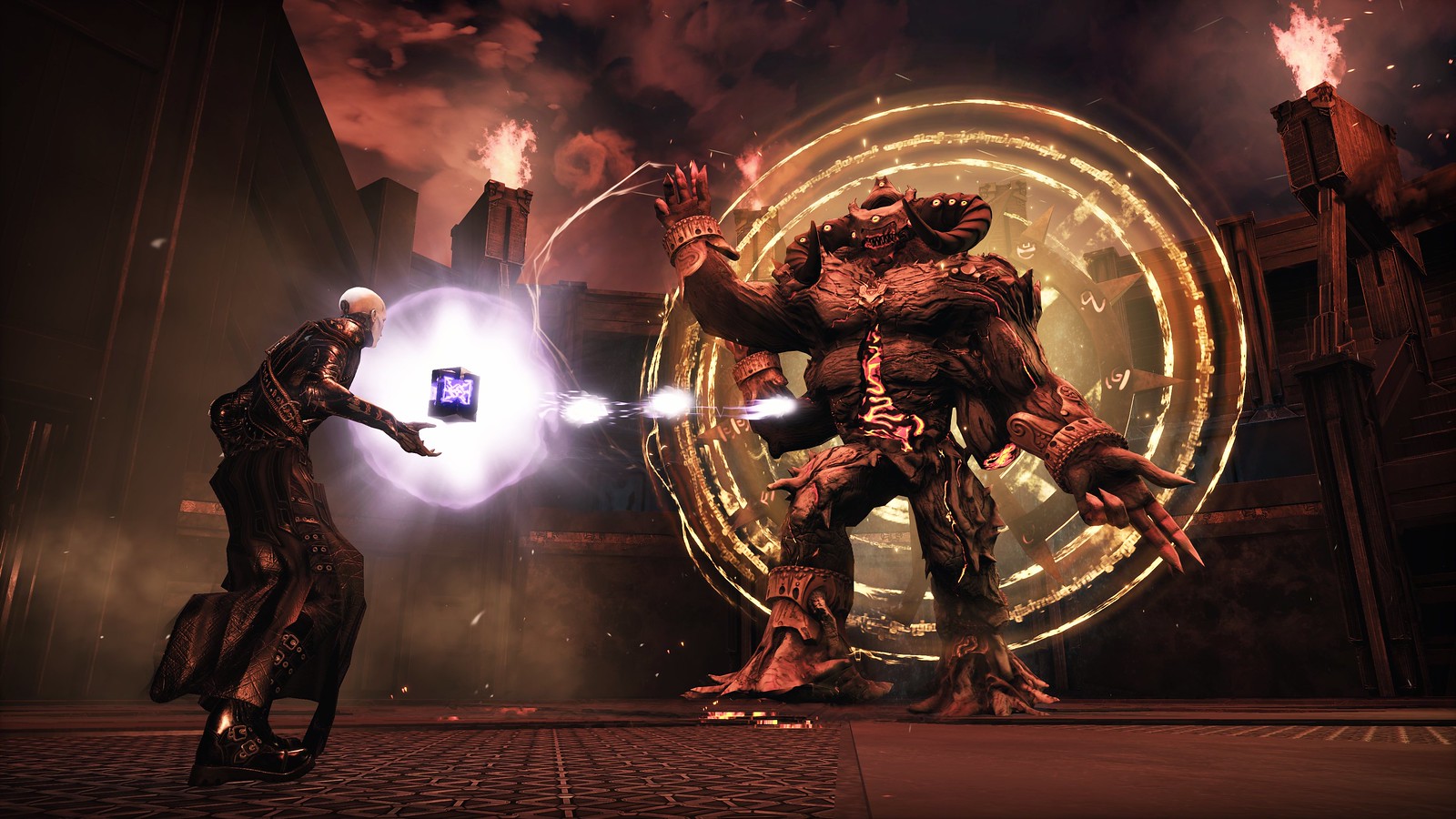 The Irid Novo station is a huge and complex space colony and research center, with many interconnected cities, ports and laboratories. For those who can find them, the world is riddled with secret passages and multiple accesses, an homage to the level design from days of old. The player is often teased with an inaccessible glowing reward which requires clever exploration to be reached.

The first feature that the Cradle team has developed is split screen multiplayer support. Just like the old days, a second player only needs to press start to join. Loot is shared, progress is saved and the entirety of the game can be enjoyed in coop without interruption. The game also supports online multiplayer! Both co-op and PVP, with either your friends (just send them your match code) or strangers (just leave a sign on the wall and wait). Two couch co-op players can be matched with the other two couch co-op buddies for a good fight!

With Hellpoint, we aim to create a new retro-fresh world filled with strange stories to be expanded into many games to come.

Have you ever thought that MC Escher’s art should include more rainbow roads? The team behind Destiny 2’s new Prophecy dungeon thinks so. For some creators, there’s an alchemy in video games that draws them to work in this space. There are unique exp...

Editor’s Choice selections are hand-picked by editors of PlayStation.Blog and PlayStation Store, and we can heartily recommend that you add any or all of them to your collection.