Today I am very excited to reveal Ghost of Tsushima: Legends, a new online cooperative multiplayer* mode that will come as a free download for Ghost of Tsushima owners on PS4 later this year.

Legends is an entirely new experience — it’s a separate mode that doesn’t follow Jin or the companions from his journey, but instead focuses on four warriors who have been built up as legends in stories told by the people of Tsushima. Ghost of Tsushima’s single-player campaign focuses on an open world and exploring the natural beauty of the island, but Legends is haunting and fantastical, with locations and enemies inspired by Japanese folk tales and mythology and an emphasis on cooperative combat and action. 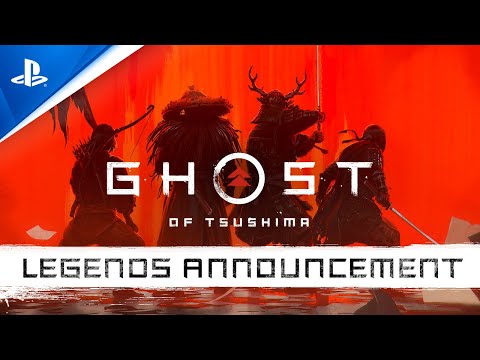 We designed Legends to be an exclusively cooperative gameplay experience. You’ll be able to partner up with friends or via online matchmaking and play Legends in groups of 2-4 players. Each player can choose from one of four different character classes: the Samurai, Hunter, Ronin, or Assassin. Each class has unique advantages and abilities that we’ll reveal in the future.

With two players in Ghost of Tsushima: Legends, you’ll be able to play a series of co-op Story missions that escalate in difficulty, building on the foundation of combat from the single-player campaign but with new magical twists that often require careful synchronization with your partner. 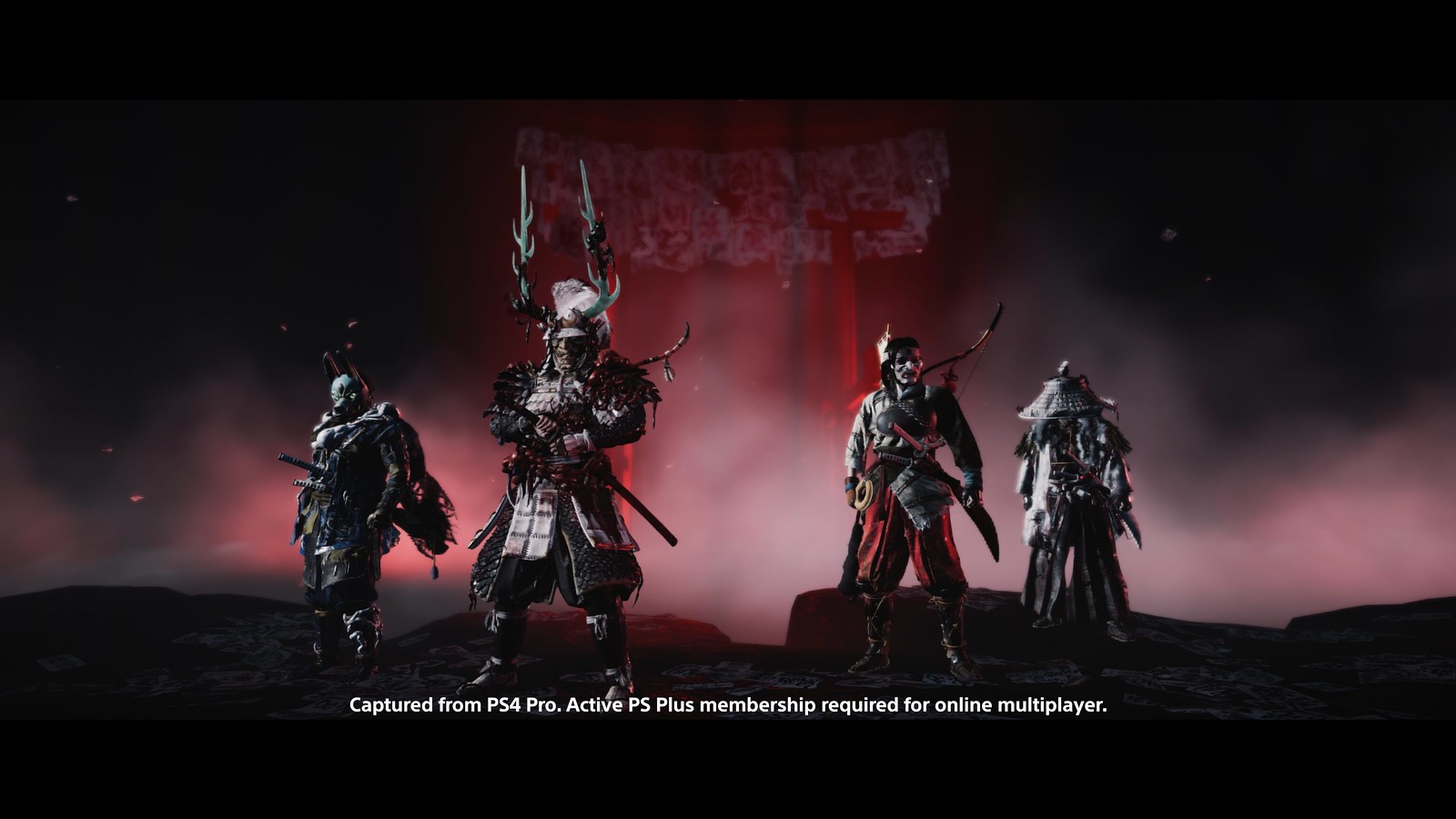 With four players, you’ll be able to take on wave-based Survival missions, fighting groups of the toughest enemies Tsushima has to offer, Including new Oni enemies with supernatural abilities.

If you can best the Story and Survival missions, you may be confident enough to take on the four-player Raid that will arrive shortly after the launch of Ghost of Tsushima: Legends, sending you and your partners to an entirely new realm to challenge a brutal, terrifying enemy. 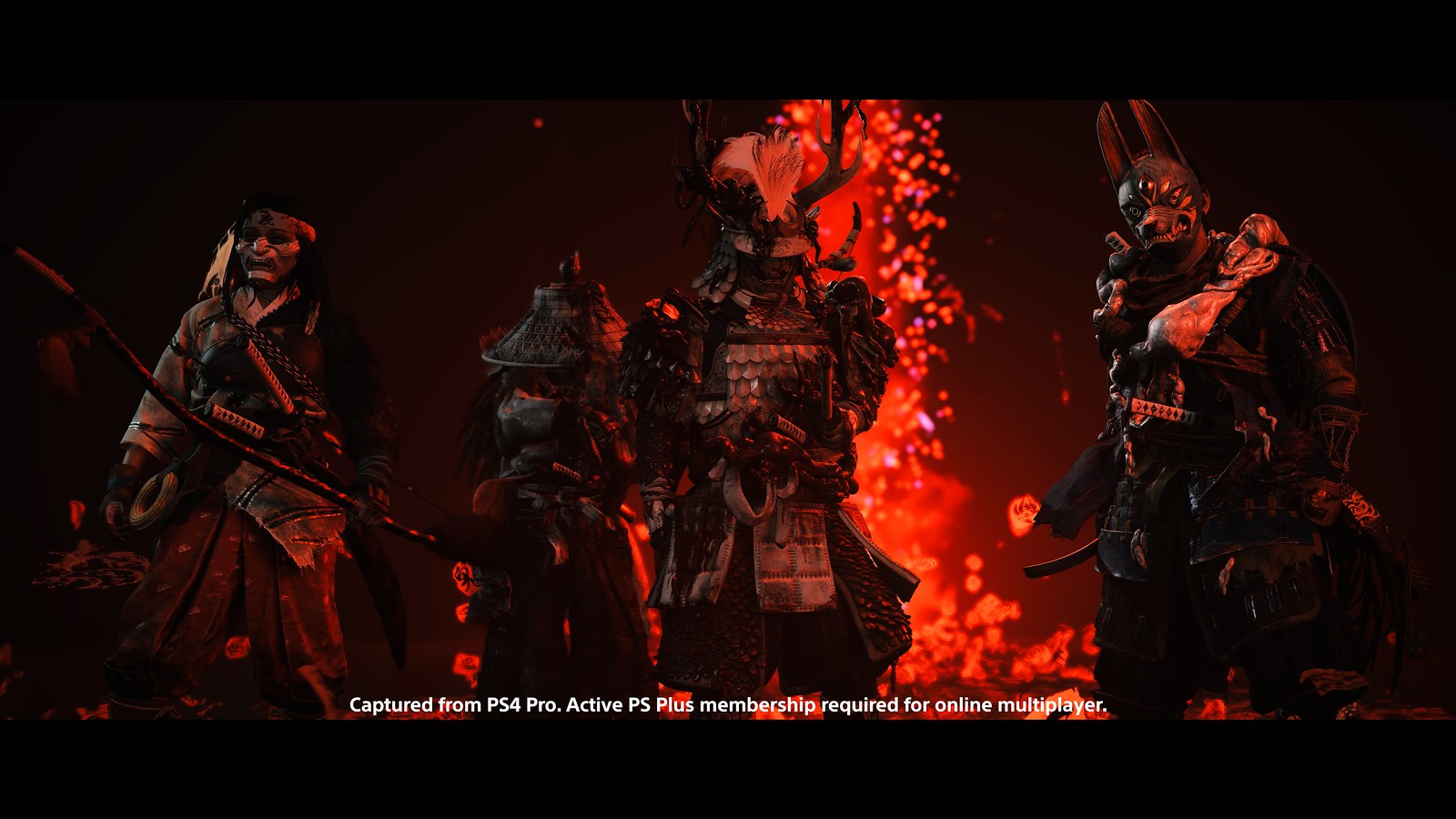 It’s been so rewarding to see the amazing reactions from all of you as you play through Ghost of Tsushima. We’ve been watching so many of you stream your playthroughs, and can’t wait to open up this new way for all of us to play together! We’re happy to offer this mode completely free to Ghost of Tsushima owners as a thank you to our players, and we look forward to hearing what you think!

We’ll have much more to share on Legends as we get closer to launch, including details on character classes, customization, and more! Thank you to everyone for your support of Ghost of Tsushima so far!

1 year ago
1 year ago 3 hours ago
Flying Eze

Last week, we asked you to keep your eyes out for creatures and critters big and small from your favorite games and share them with us using #PS4share and #PSBlog.

Meet the family at the heart of Wasteland 3’s story

Your time exploring a post-apocalyptic Colorado in Wasteland 3 is close-at-hand. As one of the Desert Rangers, you’ve been summoned to Colorado by the Patriarch, the self-appointed ruler of the area and its people. But things aren’t as simple as a fr...