Hello Travelers! The Genshin Impact dev team is back once again with some exciting details on Version 1.5, which lands on April 28. In this latest version update, Beneath the Light of Jadeite, you can hone your adventure and combat skills with new events and formidable new enemies, continue your journey with Zhongli, meet new friends Eula and Yanfei, and hang out with more of your favorite characters, creating new memories ranging from the fun to the philosophical.

In addition, we are delighted to finally invite all Travelers to Teyvat to set up your very own home-away-from-home, where you can enjoy some much-needed moments of rest and respite from your busy journey through this world. 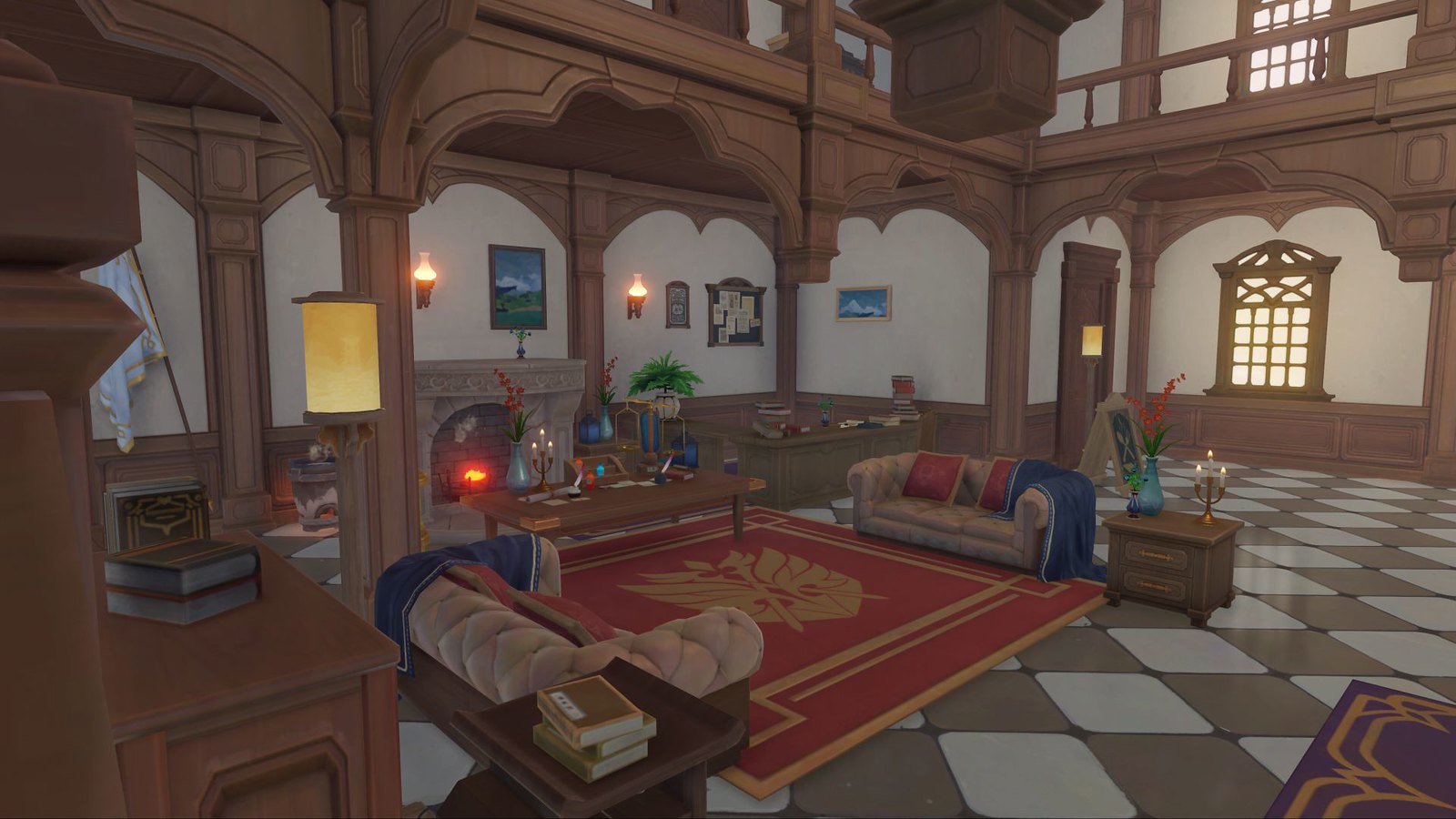 If you enjoyed the Hangout Events added to the game in Version 1.4, you may be glad to know that Version 1.5 gives you the chance to continue your hangout story with Noelle and start hanging out with Diona, the popular bartender of The Cat’s Tail in Mondstadt.

We’d also like to introduce you to two new characters: Eula, the Spindrift Knight from Mondstadt, and Yanfei, a legal adviser from Liyue Harbor. 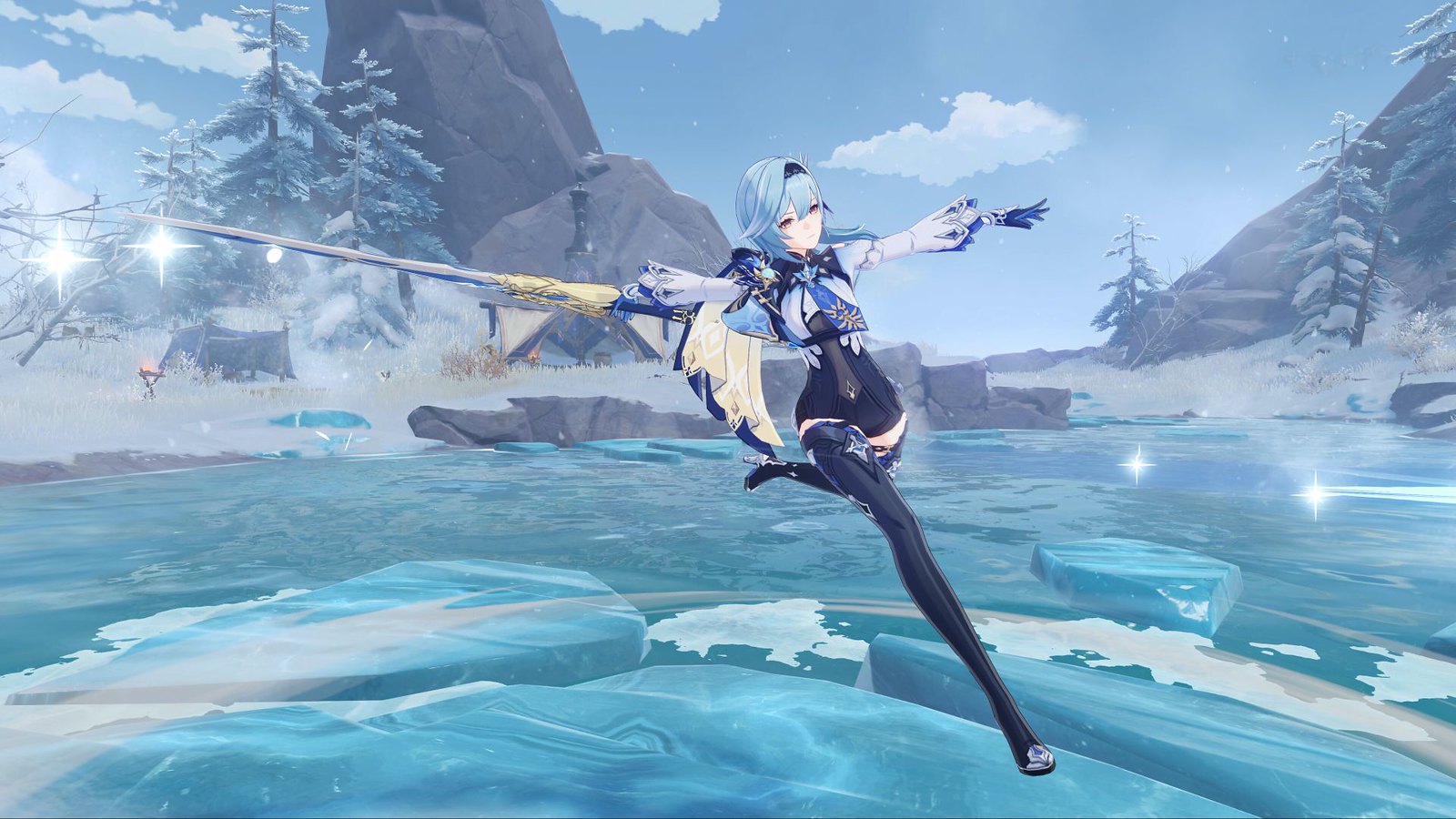 As the Captain of the Knights of Favonius Reconnaissance Company, Eula is a five-star character, a claymore-user, and the bearer of a Cryo Vision. Her Elemental Skill, Icetide Vortex, increases her resistance to interruption and her DEF while dealing Cryo DMG. Her Elemental Burst deals AoE Cryo DMG to nearby enemies and creates a Lightfall Sword that follows her around for a certain duration, increasing her resistance to interruption. By dealing damage, Eula charges the Lightfall Sword until it explodes at the end of its duration, dealing AoE Physical DMG. Find out more about Eula in her upcoming story quest. 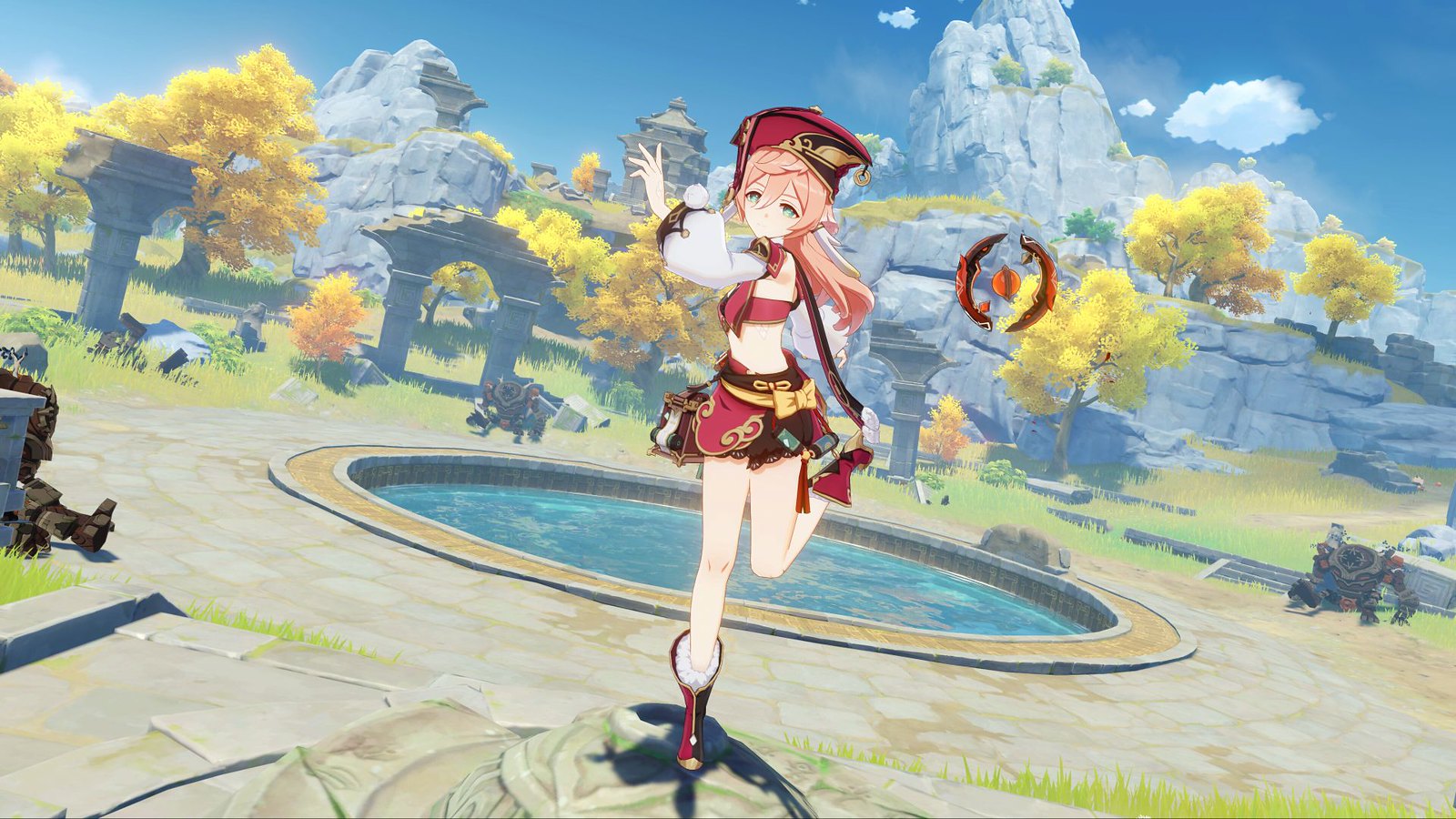 Meanwhile, Yanfei is a young half-human, half-illuminated beast born in Liyue during peacetime. She has dedicated herself to studying and interpreting Liyue’s extensive legal code and helping her clients extricate themselves from even the most complicated of legal wrangles. The four-star Pyro-using catalyst-wielder generates Scarlet Seals with her Normal Attack, Elemental Skill, and Elemental Burst. Scarlet Seals provide a stackable buff that decreases Yanfei’s Stamina consumption and can be consumed to increase the power and range of her Charged Attacks.

For those of you interested in the culture and history of Liyue, you’ll hopefully enjoy picking up where you left off with Zhongli to explore more legends and relics of the far-flung past. But be warned — sometimes, digging up the past reveals why it was buried so deep in the first place… 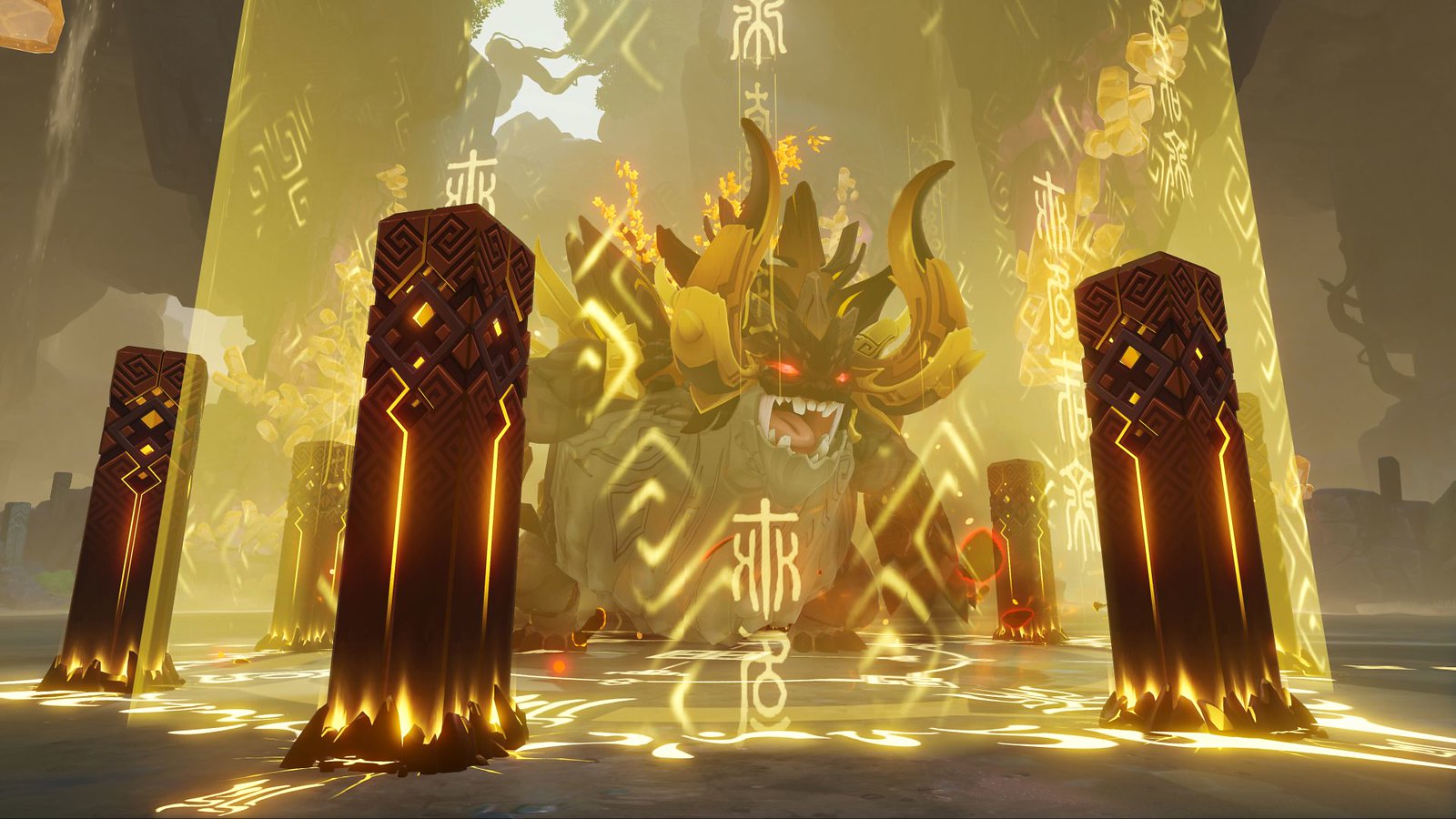 Get ready to confront new enemies

In Version 1.5, a new Trounce Domain and a new Boss Enemy will be introduced, offering perilous challenges for precious rewards.

Azhdaha, the “Lord of Vishaps,” is a formidable adversary sealed deep underground, with the power to unleash various elemental attacks and change the environment of the battlefield. Once unlocked, Travelers will be able to challenge the Trounce Domain “Beneath the Dragon-Queller” and claim rare weekly rewards.

Recently, a new boss-level enemy has also been discovered in Dragonspine. The Cryo Hypostasis is the latest addition to the Hypostasis series, and as well as bringing its unique combat style to the mix, Travelers will also need to contend with Sheer Cold during the battle. 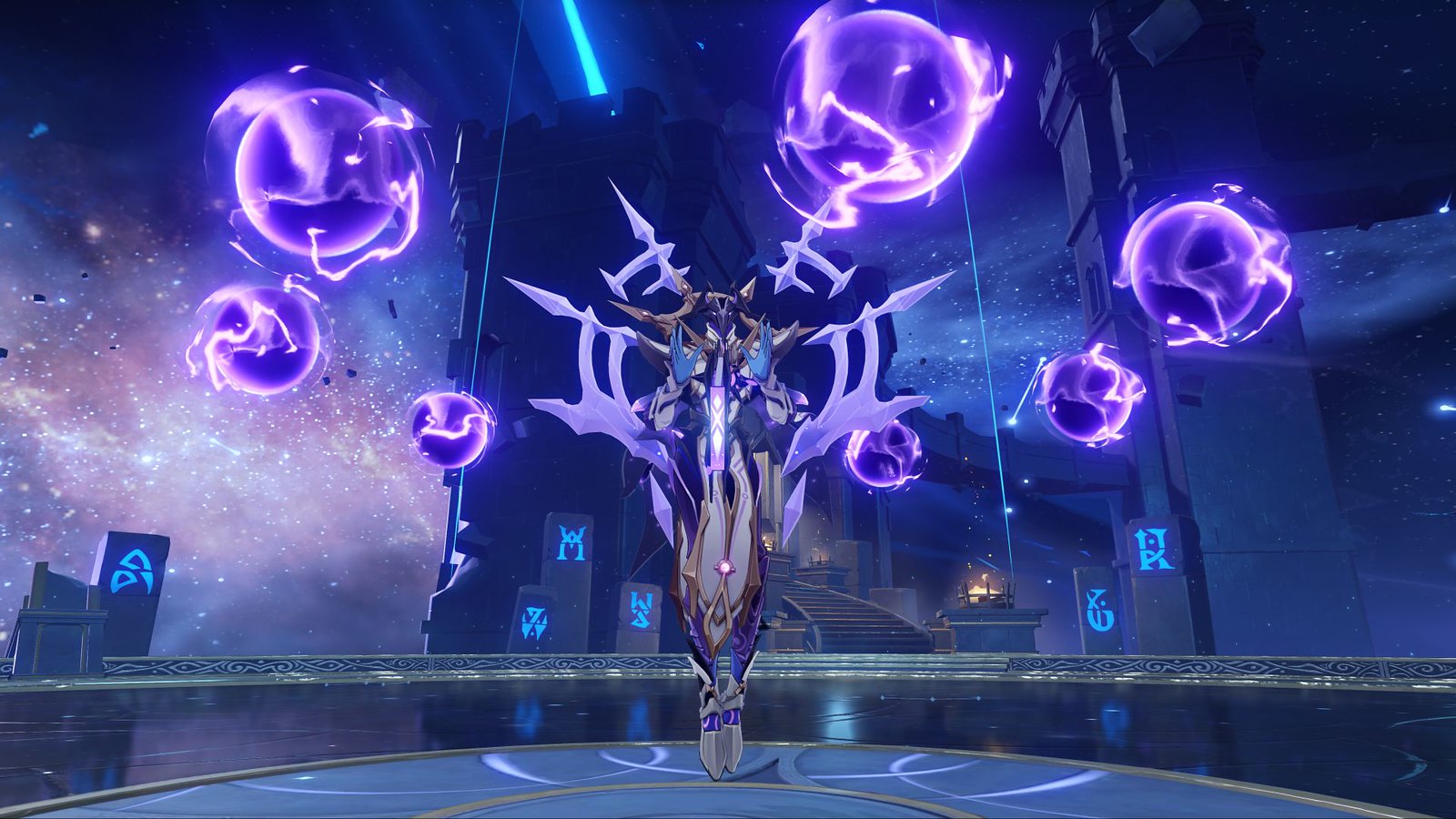 Another enemy worthy of introduction is the Abyss Lector: Violet Lightning, a new enemy from the Abyss. Unlike the Abyss Herald introduced in Version 1.4, the Abyss Lector prefers to use ranged attacks and wields the power of both Electro and Hydro. If that isn’t enough to deal with, some of its attacks also deduct Elemental Energy from the player. 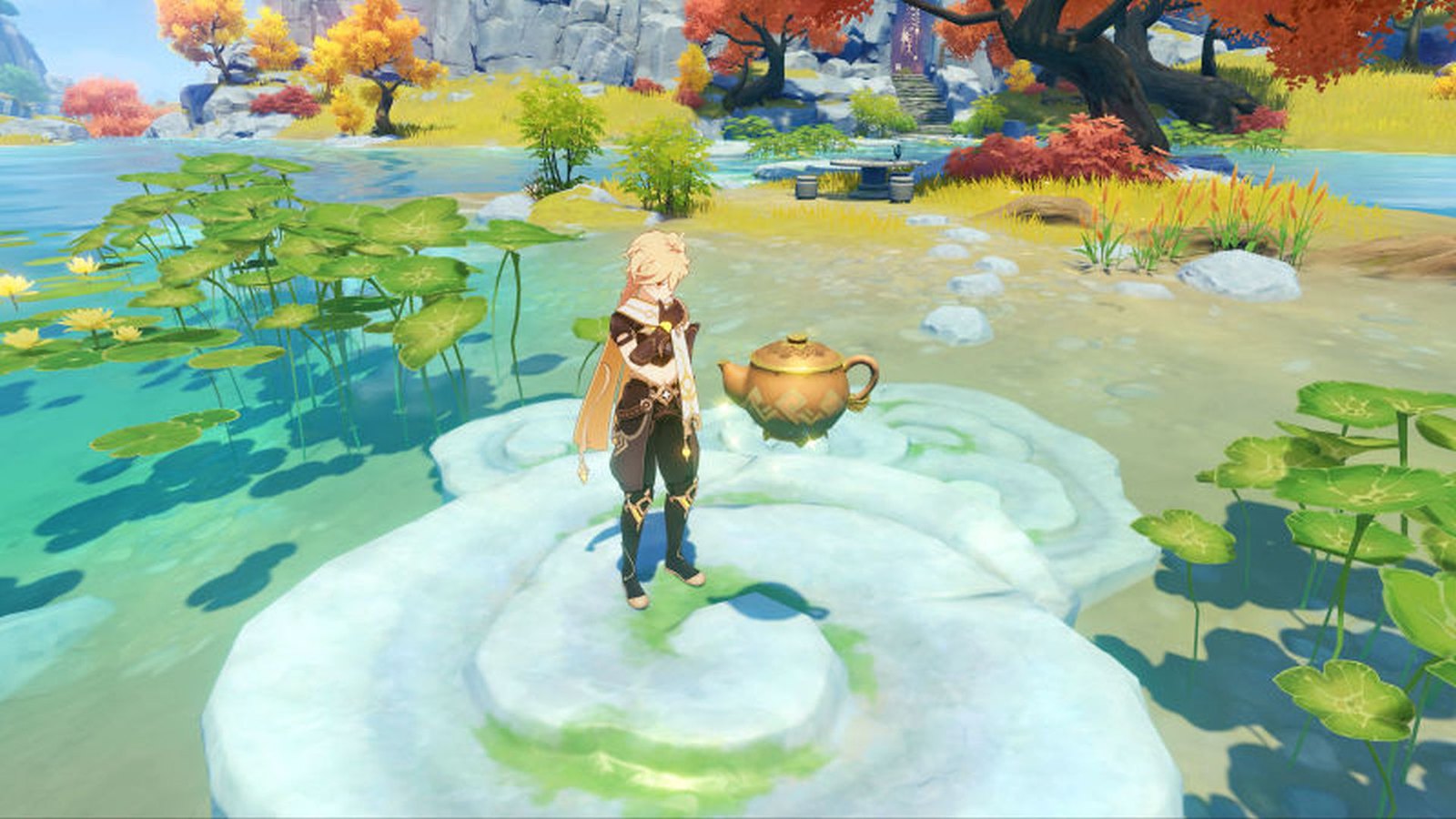 Still remember that magical teapot owned by a certain adeptus granny? Well, now you will have a chance to get your hands on your very own “Serenitea Pot,” courtesy of Madame Ping. Enter a realm you can call your own and build your dream home! 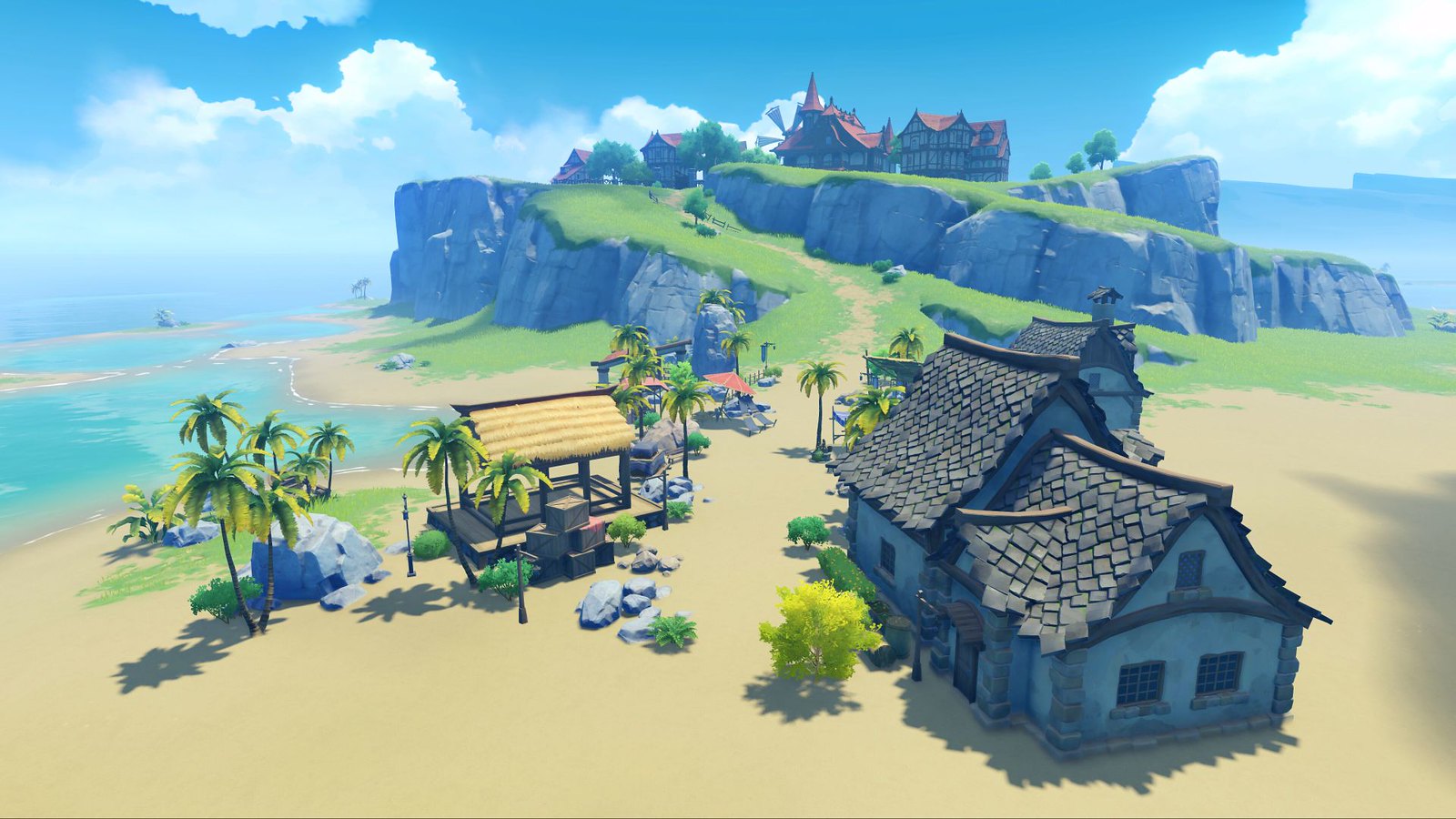 The adepti of Liyue possess a number of miraculous abilities, one of which allows them to manifest an entire realm within a medium such as a teapot. Once you become the owner of the Serenitea Pot, you will be prompted to choose from several realm styles when you first enter: Floating Abode, Emerald Peak, and Cool Isle. Each has either a Mondstadt- or Liyue-style building with several indoor rooms and plenty of space for outdoor recreation.

To make your realm into a place you can call home, you will need to remodel it inside and out. Thankfully, Tubby the teapot spirit will be on hand to help you with this task. As you travel around Teyvat, you will discover various furnishing blueprints, which can be used to make furnishings for your home. The more furnishings you make, the more Trust you can earn from Tubby, and the more help and resources Tubby can offer in return. Once your Trust Rank is high enough, Tubby can even help you switch realm layouts. 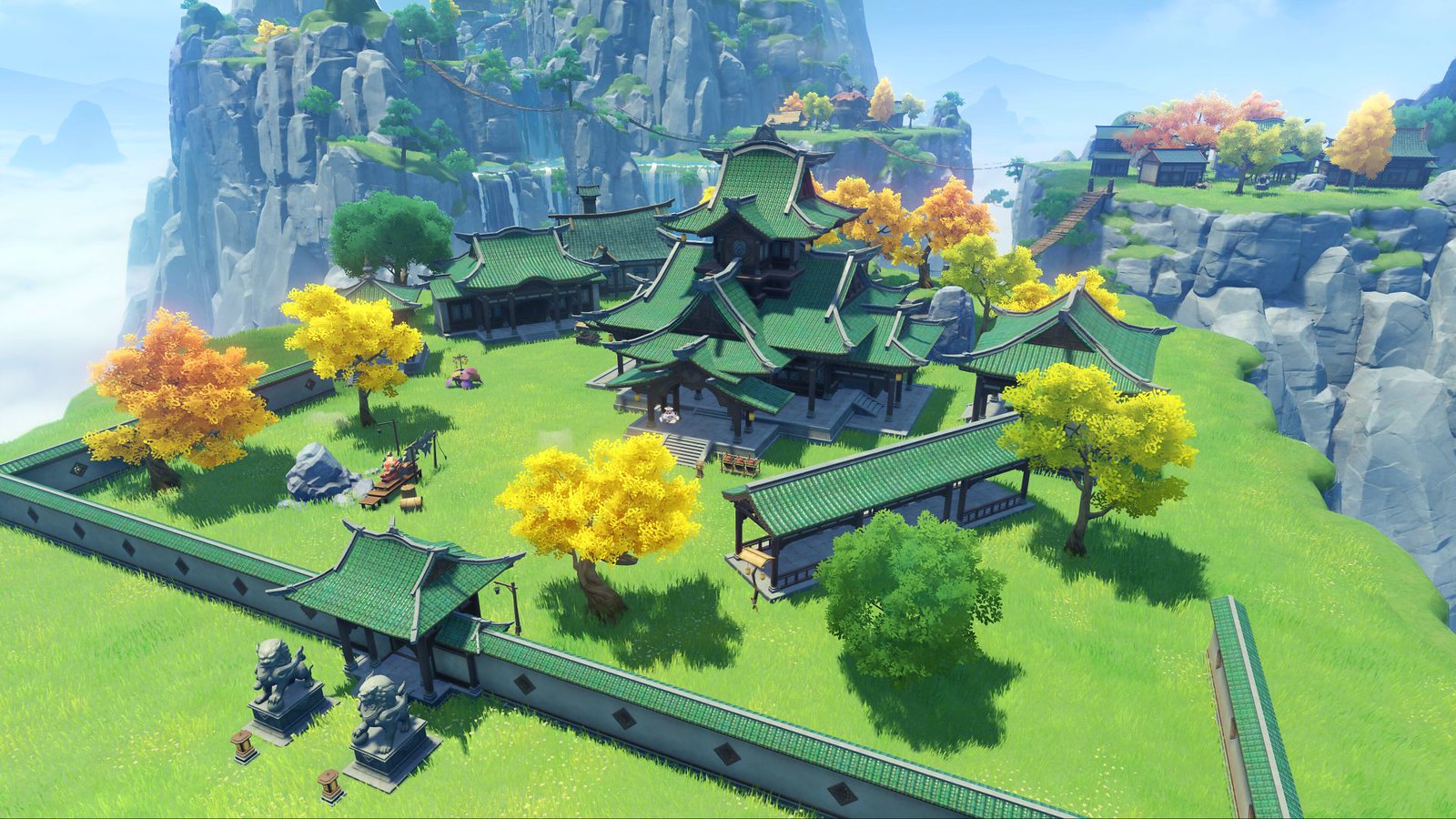 The Serenitea Pot item and the Realm Within that it provides access to will be added and supported from Version 1.5. Further gameplay and functions will follow in future updates.

We’d also like to mention a couple of gameplay optimizations to look forward to in this version. The first three times you claim rewards in a week from Trounce Domains, it will only cost you 30 Original Resin. Also, you will now gain double the amount of Companionship EXP for gameplay completed in co-op mode.

New seasonal challenges and events with bountiful rewards will also be on offer, but we’ll save the details on those until a later date.

And finally: we are extremely excited to announce that a native version of Genshin Impact for PlayStation 5 will be released on April 28. With native support for PlayStation 5 comes 4K resolution, enhanced textures, and faster loading times.

We look forward to sharing more details with you all in the near future, so watch this space.