Greetings, Champions! Schell Games’ Community Marketing Specialist Adam Kuta here once again with another deep dive into the dangerous world of Until You Fall. Long ago, the Calamity struck, destroying Rokar, our home, and unearthing vicious monsters known as the Unraveled. They must be stopped. Only you, brave Rune Knight, have the power to defeat these vile creatures and defend Rokar!

We believe everyone can become a mighty Rune Knight. From the vast array of weaponry and magical abilities to the variety of approaches to vanquish foes, we designed Until You Fall to allow all players to feel like a powerful Sword God in their own unique style. Beyond weapons and abilities, we’ve balanced the various difficulty settings to allow Rune Knights to play at their own individual skill and comfort levels.

The game has three primary difficulty levels: Relaxed, Challenging, and Relentless. However, some say they’ve encountered an even more dangerous setting in their nightmares!

By default, all players start on Challenging Mode while they learn the basics of becoming a Rune Knight. After completing the tutorial, however, players can choose what difficulty level they want to play and change at any point from the hub world: the Runeforge. 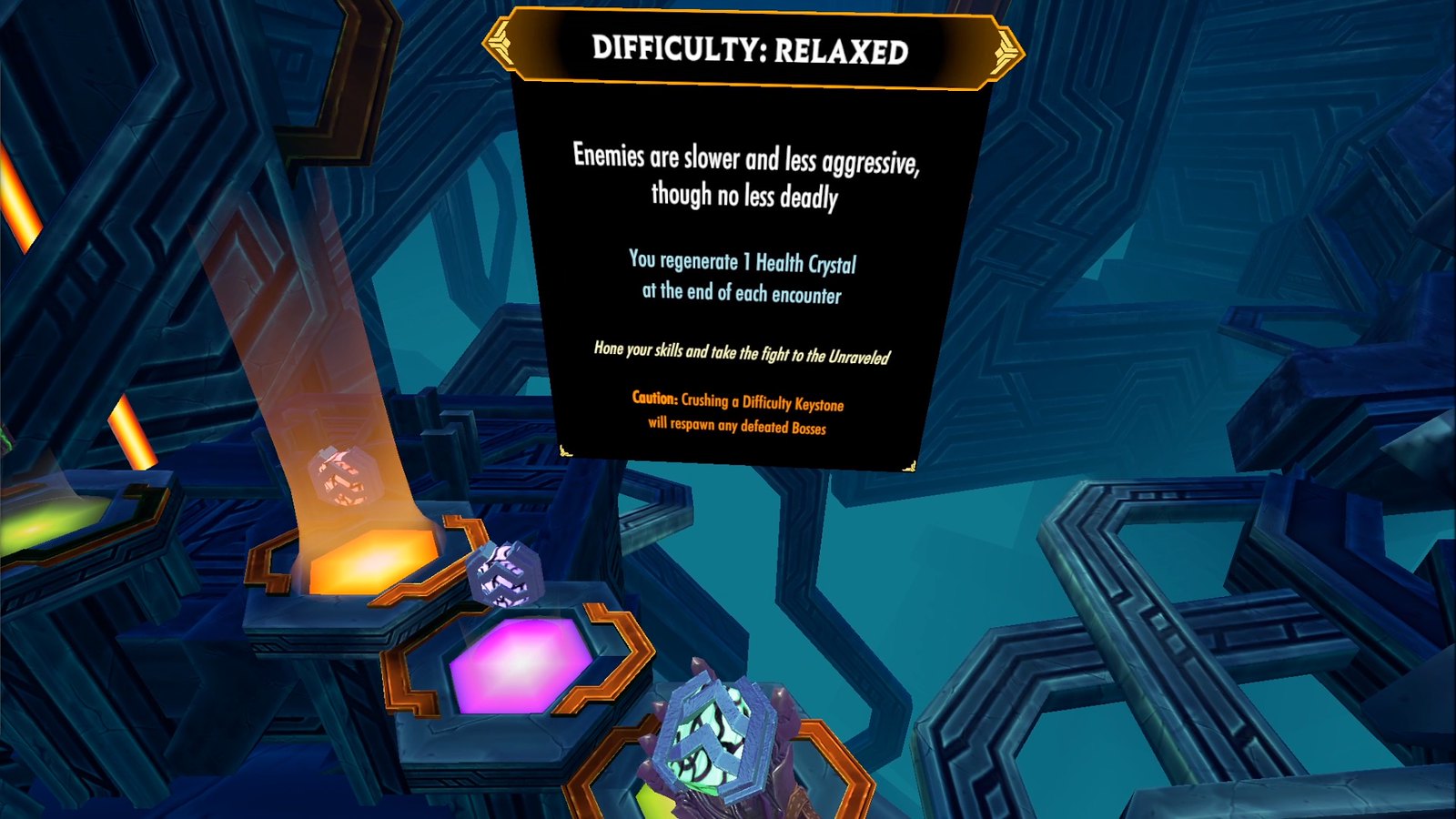 Each difficulty level affects the stats and behaviors of your enemies. As the difficulty increases, so too does their ability to coordinate attacks and perform even more complex attack patterns. The mode also factors in additional challenges, such as adjustments to attack speed, guard and health points, and even what types of opponents will appear. For example, you’re much more likely to encounter the dreaded Empowered Spellweavers, earlier and more frequently, while taking on Relentless Mode.

On the other hand, the higher the challenge, the greater the reward. Players are awarded in-game currency Aether, based on their progress in a run. It can be used to transform runes into new weapons or to upgrade the power of your weaponry. It’s a valuable resource (and pretty, too!). Champions will earn more Aether for their victories based on the difficulty mode – increasing it by up to 20% in the most daunting setting. 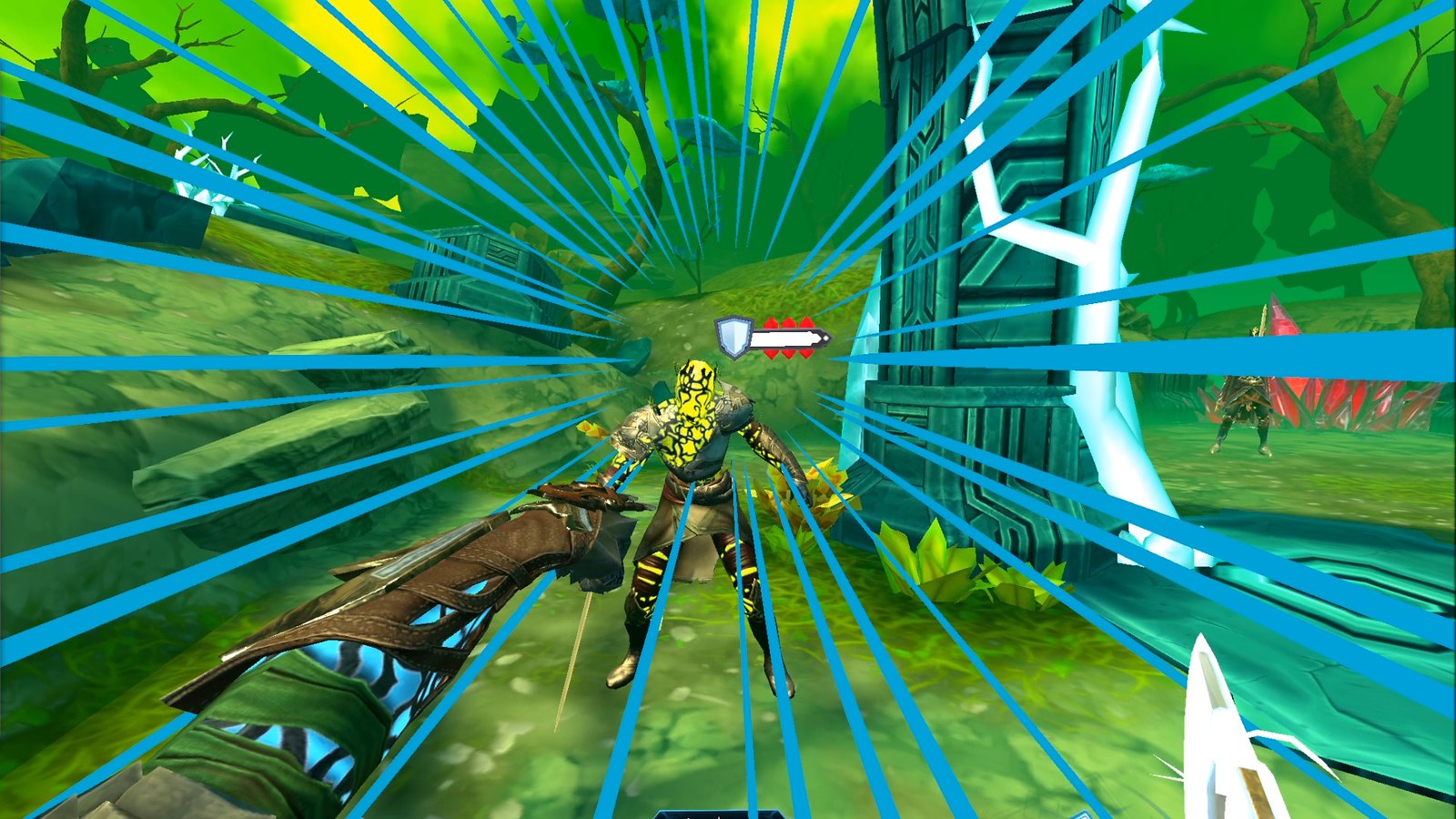 We created Relaxed Mode for Rune Knights who want a slightly more forgiving experience or a quick ‘warm up’ to focus on the fundamentals of combat. In Relaxed Mode, the enemies you face are slightly slower and generally less aggressive. Additionally, as a bonus, players will regain one Health Crystal at the end of each encounter. However, don’t let this mode fool you! The Unraveled are still monsters and a terrible force to be reckoned with. It is “Relaxed Mode,” not “Easy Mode.” So, don’t let your guard down! You’ve been warned. 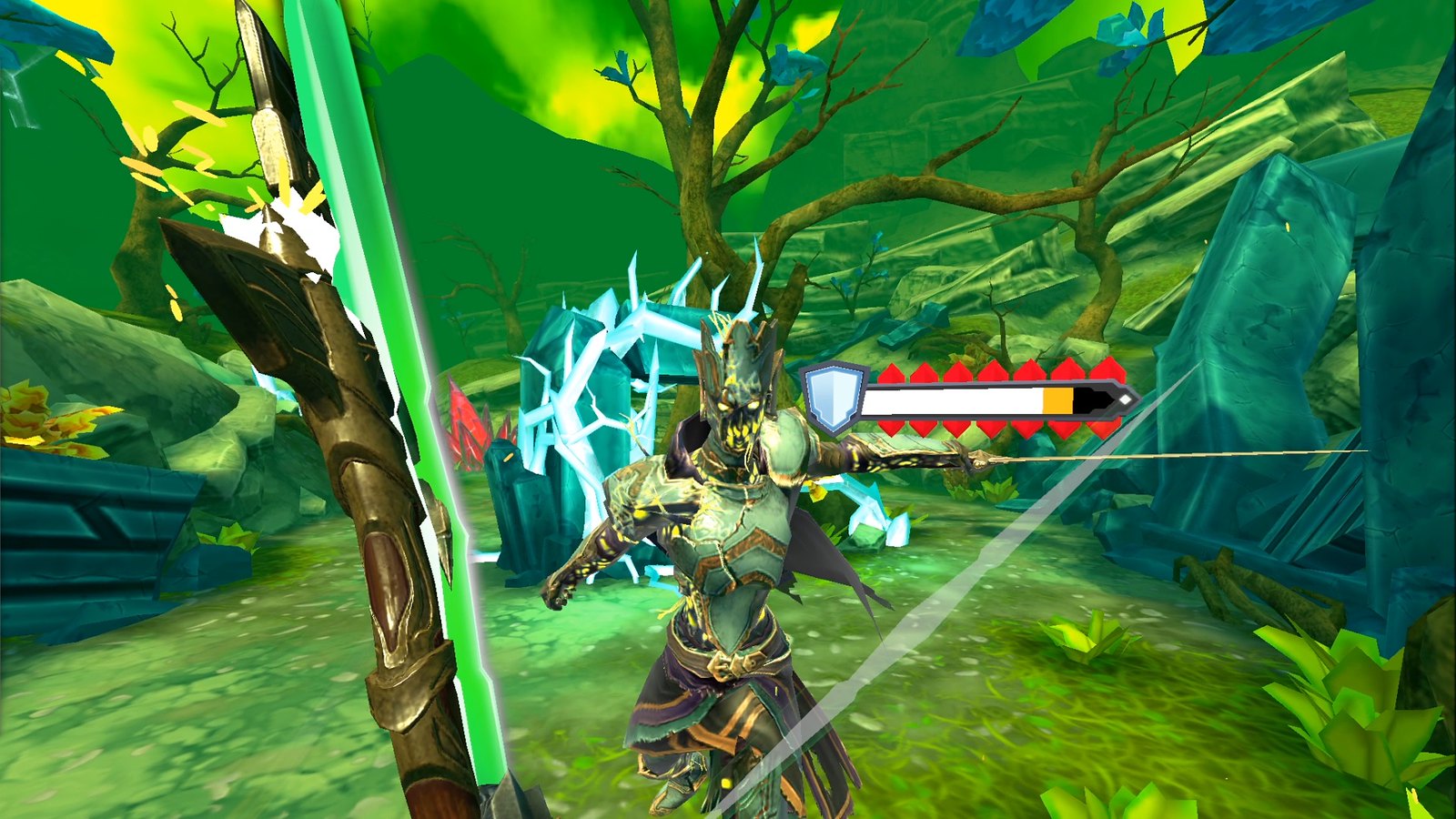 Challenging Mode sets the basis for what to expect in Until You Fall: fast-paced action, strategic positioning, formidable enemies, and the feeling of power for taking them all down! Enemies are fast, unforgiving, and will press the advantage in combat if given the chance. Rokar is a dangerous place, Champion. But, I know you can handle it. 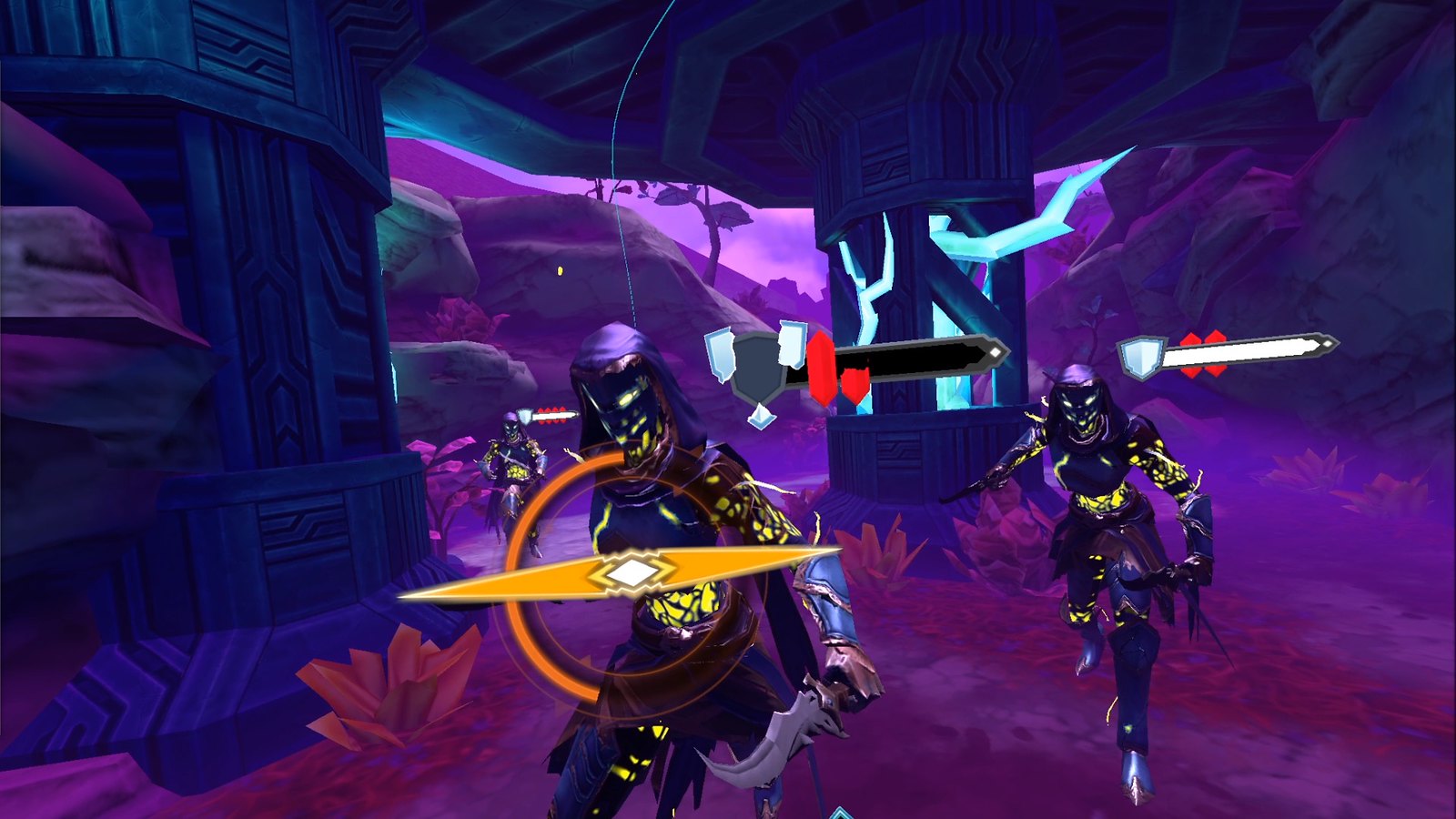 Relentless Mode amps up the difficulty from Challenging Mode. Players at this level have mastered the basics, but now the Unraveled have learned, too. They will attack faster and more aggressively, often coordinating amongst themselves in hopes of overwhelming you with relentless (see what I did there?) attacks. 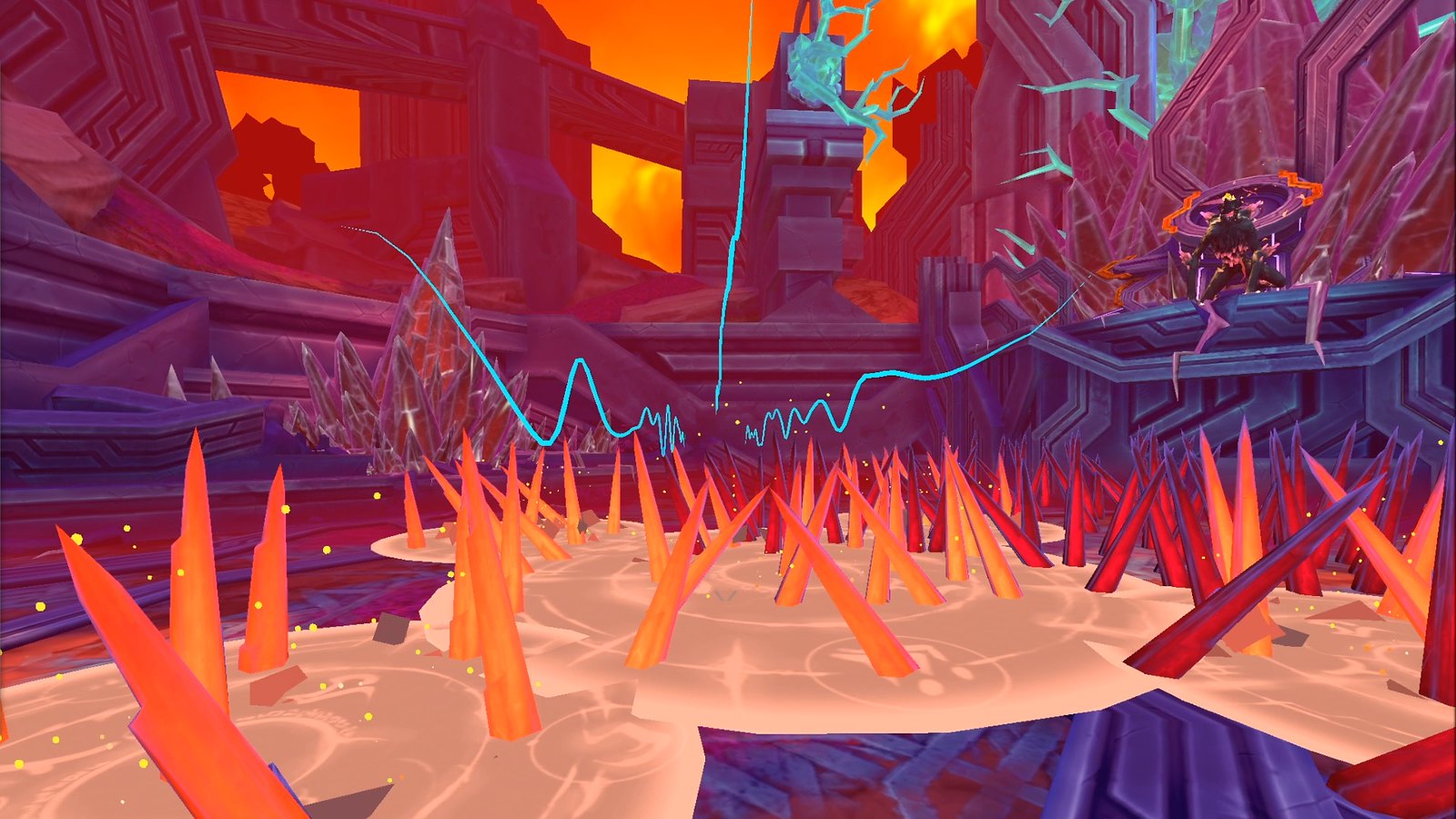 Only proven Champions will be able to take on the hardest task of the game: Nightmare mode. Unlocking this hidden difficulty level only occurs after a completed run on another difficulty level, meaning you’ll have to best the powerful final boss before you can test your true strength as a Rune Knight. Once you do, prepare for the onslaught of powered up enemies with increased numbers, aggression, and guard resistance. Only the strong will survive.

Do you have what it takes to unlock and complete Nightmare Mode? Put your skills to the test and join the fight when Until You Fall comes to PlayStation VR today! Stay strong and press the advantage, Champions!

Here’s How No Man’s Sky Works in PlayStation VR

I did it: I played No Man’s Sky in virtual reality! As announced during our first-ever episode of State of Play, Hello Games’ spacefaring epic gets full PS VR support this summer, and at a recent hands-on event I immediately beelined over to try it o...

The absolute best part about Catan on PS VR is the sense of social presence you get when you jump into a game with friends or online opponents. Catan VR has a broad vocabulary of game experiences and the excitement of a great roll, the frustration of...