The low-profile Canadian businessman built Couche-Tard from a single store in Quebec in 1980 to a global network of convenience stores and gas stations with a value of $33 billion. Continue reading →

The low-profile Canadian businessman built Couche-Tard from a single store in Quebec in 1980 to a global network of convenience stores and gas stations with a market value of $33 billion, with 66 acquisitions along the way.

French politicians gave a strong ‘non’ to the proposed take-over, calling it a matter of national food safety. Behind the scenes, Bouchard made a misstep by not giving an early heads up to French Finance Minister Bruno Le Maire, who was extremely upset to learn about the deal from the media, a source familiar with the matter told Reuters.

Read more: Couche-Tard’s bid for Carrefour gets ‘a clear and final no’ from French finance minister

Bouchard, 72, who served as Couche-Tard’s chief executive for 25 years until 2014, started in business after learning hard lessons as a child when his father, a subcontractor, went bankrupt.

“Couche-Tard is a master at converting dollars spent on gas on dollars spent on food and convenience store products,” Sylvain Charlebois, director of the Agri-Food Analytics Lab at Dalhousie University in Nova Scotia.

“You fill up your car with gas and then you go get a sandwich, newspaper and cigarettes.” 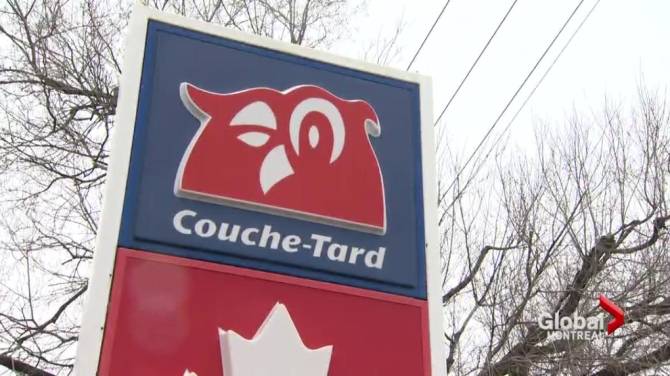 But a global move toward electric vehicles would eventually disrupt that model, Charlebois noted, adding the Carrefour acquisition might be a way for the retailer to diversify its strategy.

Bouchard, the current executive chairman of the company, declined to be interviewed for this story.

The Quebec chain grew in Canada through the 1980s and 1990s before making its big break into the fragmented U.S. market in the early 2000s, acquiring first the assets of Johnson Oil Co, and then Circle K Corp.

Once, when a banker suggested he was too ambitious, Bouchard switched banks, according to a local media report.

“If Carrefour was making weapons for the French army I would understand,” he said. “They sell groceries.”

Despite the endless amount of acquisitions, the company has retained its entrepreneurial approach to business, a top-10 shareholder of Couche-Tard said.

Couche-Tard has missed deals before and looked for more.

Couche-Tard Chief Executive Brian Hannasch told Fortune in August “there will be more activity caused by the pandemic,” after the demise of a planned $5.6 billion acquisition of petrol station operator Caltex Australia in April.

Bouchard, who relaxes with opera and gives to the arts and culture, the intellectually disabled, education and health care, retains some strong shareholder support. “It’s a bit of a head scratcher,” the top-10 shareholder in Couche-Tard said, pointing to the minimal overlap in terms of both business model and geographic region. But history is a guide for investors.

“There is definitely a case to be made that these guys have a great, great track record.”