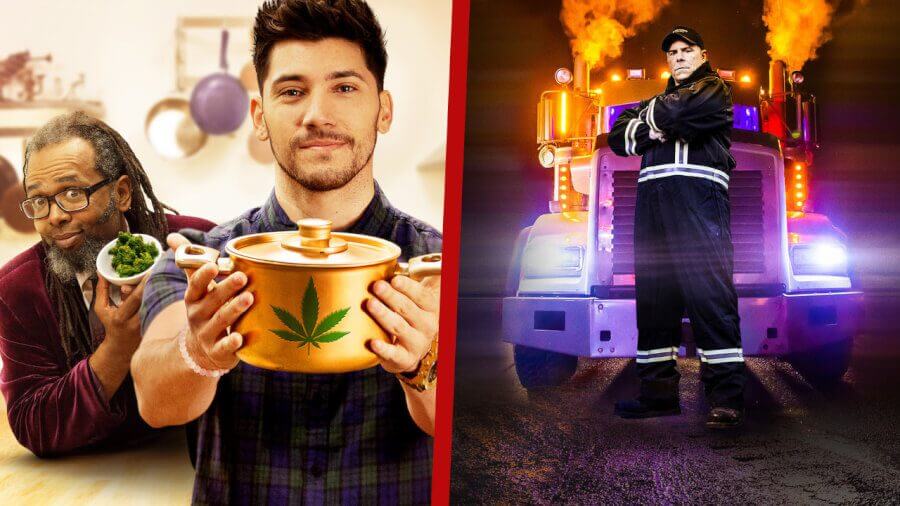 Removals from Netflix are nothing new. In fact, it’s quite regular. It’s not regular, however, to see Netflix Original branded titles removed. That’s typically because you’d expect them to stay on Netflix indefinitely although as we’ve cataloged over time, that’s not the case.

Heavy Rescue: 401 is the show we’ll highlight first as that comes under a traditional pattern for Netflix Originals being removed. In this instance, the show is produced and aired first on The Weather Channel in Canada. Only the first two seasons ever came to Netflix (there have been 5 seasons in total).

Cooking on High is the next Netflix Original series to be removed. Only one season of this cooking show was produced by Stage 13 for Netflix.

Stage 13 is owned by Warner Brothers Entertainment so our guess is that Netflix only licensed the show globally as a Netflix Original for a fixed time period and now will revert back to Warner Brothers. If we had to guess, we’d say the show may turn up on HBO Max.

This, to our knowledge, is the first wholly developed Netflix Original set to depart. The precedent this could set is mindblowing meaning the work Netflix had done to build a 2,000+ strong Netflix Original library could eventually be whittled down due to expiring contracts.

To be clear, Cooking on High leaving Netflix isn’t particularly major removal. It was universally panned on arrival back in 2018 with the Washington Post giving it the title of “the worst cooking show on Netflix”.

What’s interesting here too is that Netflix recently commissioned another cooking show with a Cannabis theme. Cooked with Cannabis arrived in April 2020 and is a reality series competition series.

This won’t be the last time we see Netflix Original titles leave Netflix. As licensing is tricky to get a handle on (especially because Netflix labels all its exclusive content the same) we often don’t find out about Netflix Original removals until a month before they’re due to leave.

Will you miss either one of these shows when they depart from Netflix? Let us know in the comments.