0
A seven-year-old boy is teaching doctors how to talk to patients who are children. Continue reading →

Ben Thomas is only seven years old, but already he has wisdom to share.

In December 2020, Ben celebrated a year in remission. Now, he is eager to talk about his medical journey and provide advice to doctors.

In an online symposium, Ben and his mother, Erica, sat down with dozens of doctors and specialists at the Stollery to tell them how to talk to child patients.

“I was beaming with pride,” said Erica. “What they don’t realize is how much the kids listen and how much they actually understand and take in and how interested they are in actually knowing what’s going on.”

So proud of my son Ben who spent the morning on a zoom call with 65 doctors from the Stollery teaching them about how to talk to child patients. Taking his cancer journey and spreading light and wisdom. We can all learn from him! @StolleryKids pic.twitter.com/G3MMlFTcgF

Erica said oftentimes teams of doctors would enter Ben’s room and use complex medical terms that made the procedures hard to understand.

“They use some funny words, don’t they?” said Erica while talking to Ben. “Some very big words when they could just use normal ones.”

“I think they’re so used to talking to the parents when they come in, there’s often a group of them, so they’re almost more talking to each other than talking to you.” 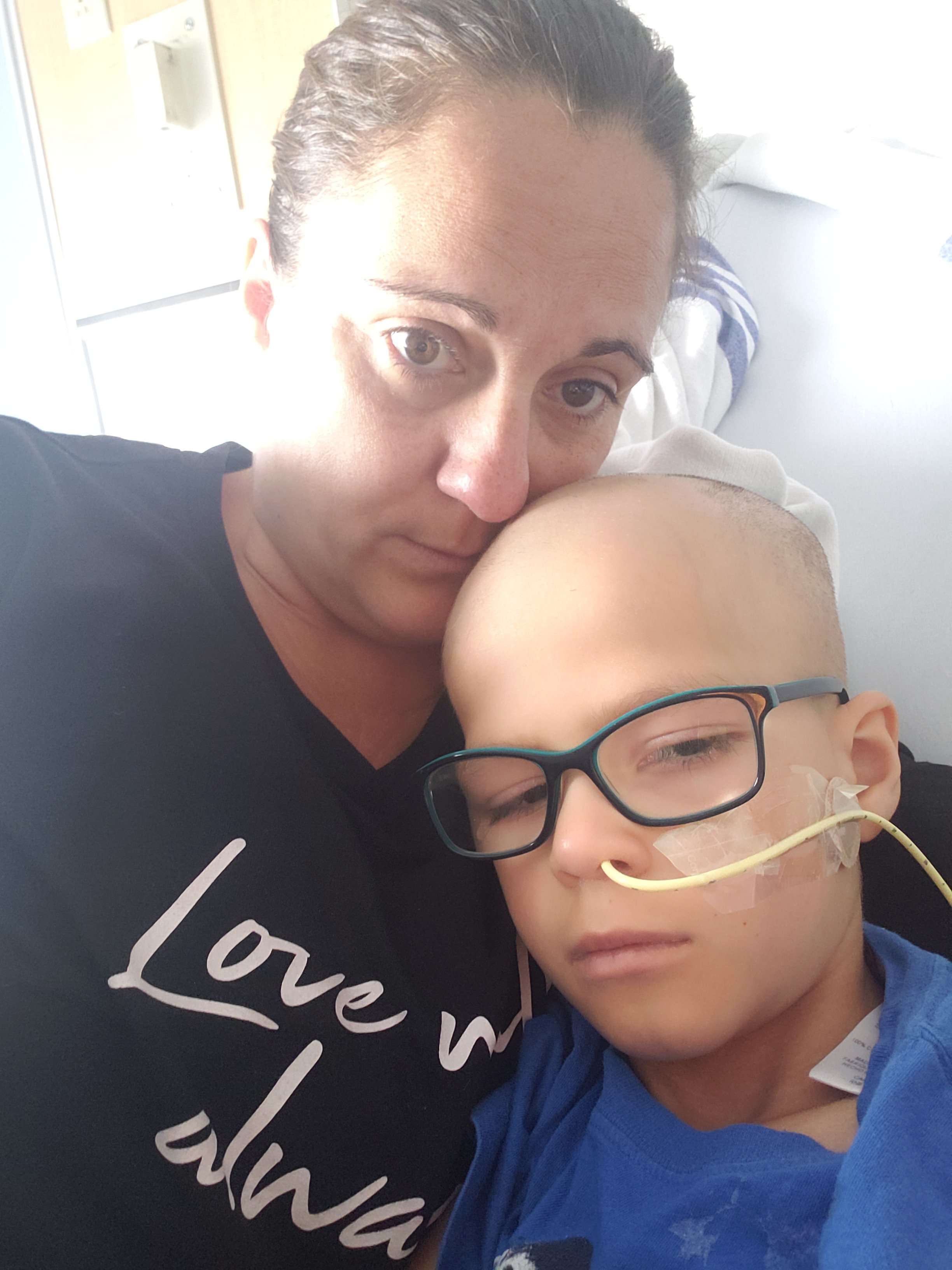 Ben Thomas and his mother Erica. Ben underwent treatment for kidney cancer in 2019. 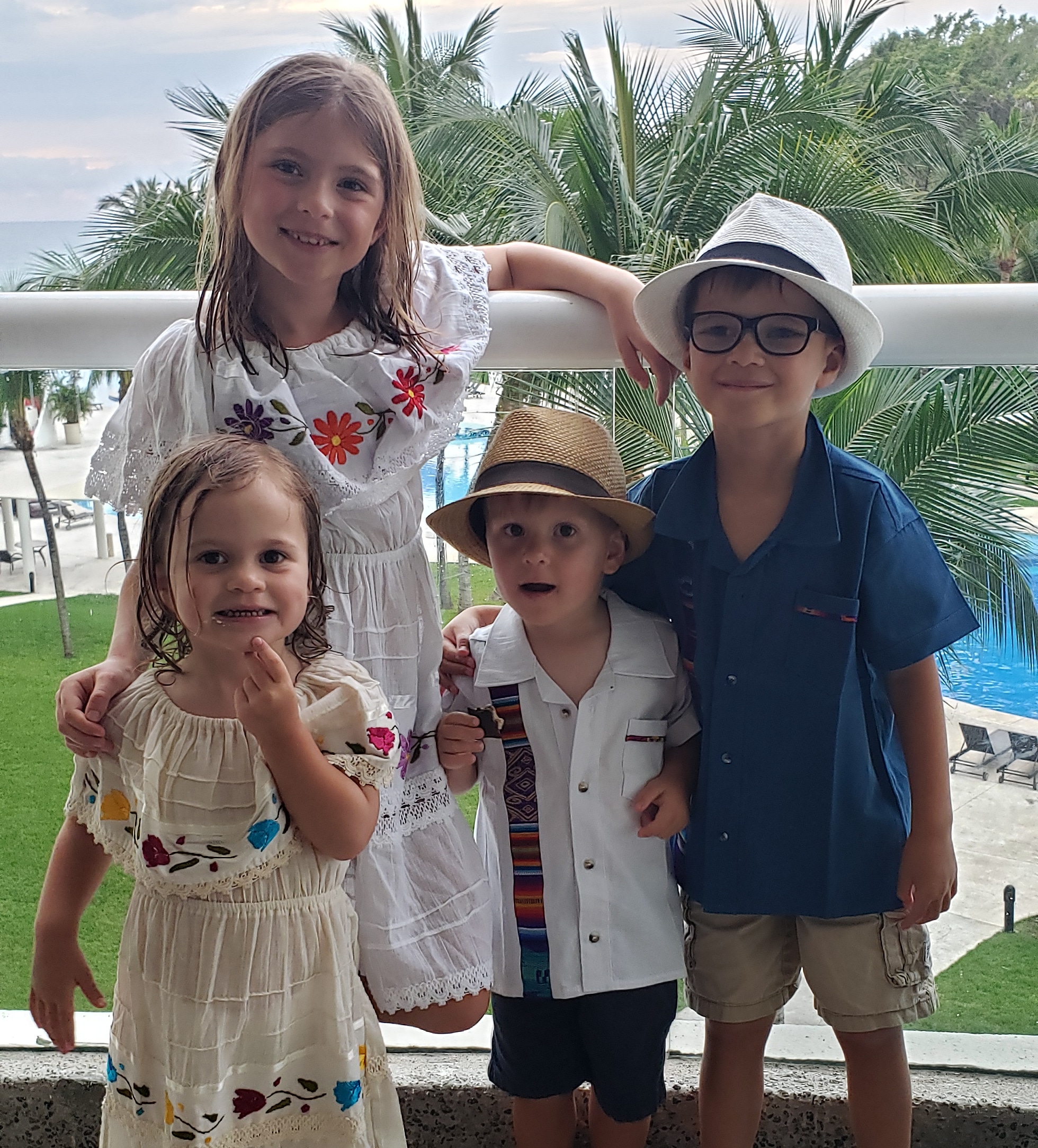 Ben with his siblings four months before his cancer diagnosis.

Erica said the child life specialists at the hospital would break down the medical jargon to simple plain language. Ben called them his “happy nurses.”

Dr. Sandra Botros Gouda and Dr. Brittany Lissinna set up the online lesson, at one time 70 doctors had tuned in to listen to what Ben had to say.

The pediatric residents said Ben has already taught them valuable lessons about how to better prepare children and their parents for their hospital experience.

“It’s pretty impressive for such a young boy to be so eager and keen to talk to all the medical professionals around him. I think that really speaks to the team he had during his treatment.”

Lissinna and Botros Gouda said all doctors could learn from Ben and the child life specialists about how to ease fears in young patients.

“I think that this has already made a difference in how we practice,” said Botros Gouda. “And then when we go in a patient room I think that this is something we think of more and more now.”

Botros Gouda said she sometimes catches herself using a medical word and will make sure to explain what is happening in simple terms so the child can understand.

“There’s so much evident that shows that kids just want to know what’s going to happen.

“Withholding things and kind of maybe bending the truth a little bit about what’s going to happen to hopefully protect them isn’t the right way to go.”

Ben’s parents have always been upfront with him and his siblings about the medical tests and treatments.

“We kept an open dialogue about what was going on and anytime Ben had to go for treatment or have a scary procedure, we were just honest with him and let him know what was happening so there we no surprises,” said Erica. “I think that helps them trust you through it.”

Read more: Alberta mom suspects eye cancer in son after reading about it days before, leading to early diagnosis

The doctors also had a few questions for Ben. How did treatments, such as a CT scan, feel?

Ben described the sensation from his point of view as a giant tongue going in a donut. He had some words of advice.

“Don’t pee your pants. You’ll feel like you’re peeing your pants, but don’t!”

Ben’s last chemotherapy treatment was on Christmas Eve 2019. He will continue to have scans every three months for another year; eventually he will have a scan once a year for the rest of his life.

Ben’s mom said she was not surprised her son was asked to connect with teams of doctors at the hospital. During his treatment, Ben was outgoing with everyone.

“We used to joke he was the mayor of the Stollery.”

Now that he’s not at the Stollery as much, Ben asked his mom if he was still “famous.”

“‘Obviously you are because they still remember you and they still want you to participate.'”