“We can say to Calgarians the water supply will be safe,” Sutherland said. “There still are concerns about whether or not some of those categories might change.” Continue reading →

Following public uproar of the Alberta government quietly pulling the 1976 coal policy, opening up more areas of the province for coal mining, a Calgary committee has started work to find out how those changes could affect the city on the Bow and Elbow Rivers.

“The good news is, we found out today that although there’s different (land use) categories, the main category of the national parks and everything for our river system in the Bow is not affected with this policy,” Ward 1 Coun. Ward Sutherland said. “Obviously we’re very pleased with that.”

But Sutherland said there are concerns about whether the land use categories could change again in the future and around the dearth of consultation by the provincial government ahead of the change.

“Obviously, there should have been consultation with all the municipalities, towns and villages with this policy.” A map of source watersheds in Alberta showing that Calgary’s source watershed are not currently affected by Alberta’s new coal policies, as shown in a presentation made to committee on Jan. 27, 2021.

While the watershed for the rivers that flow through Calgary, feeding its drinking water, are protected in national and provincial parks, nearby High River, Alta., has reason to worry.

Under the 1976 coal policy, mining in Category 2 lands was prohibited. Those protections were loosened under changes that happened in June 2020.

“We are very concerned with any amount of mining coming up into this area,” Snodgrass told the Calgary councillors.

“That is our watershed. We do not want to be the next Sparwood.”

Snodgrass said more than 110 kilometers of road have been cut and hundreds of drill sites have impacted areas north of Grassy Mountain and along Cabin Ridge over the summer, all results of exploration permits.

Read more: City of Calgary not consulted on change to provincial coal policy

Earlier in the week, Snodgrass and his fellow town council requested Premier Jason Kenney put a stop work order on exploration permits issued in the eastern slopes, “until we can slow this thing down and and try to get something sorted out before more damage occurs.”

Calgary city council will consider issuing a similar request to the Alberta government in its Monday meeting.

Calgary and High River are also part of the South Saskatchewan Region, which stretches from the M.D. of Bighorn in the northwest to Cypress County in the southeast. The committee heard that the area’s land use plan is “likely our strongest tool to be involved and make sure that we are consulted.”

“There does seem to be some inconsistency with … the rescinding of the (coal) policy and the plan itself,” Carolyn Bowen, the city’s manager of watershed planning, said. “So we have been working with law to understand this issue in the context of the plan.” 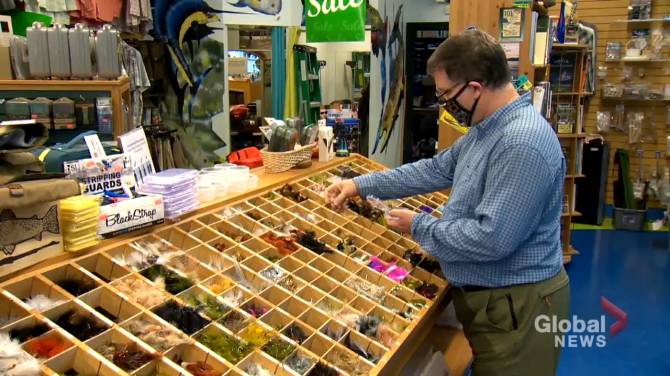 That plan is the South Saskatchewan Region Plan, a 213-page document last amended in 2018.

“The document does refer to coal categories, which we now know have been eliminated, but we don’t know at this point if amendments may be required to the SSRP or the South Saskatchewan regional plan as a result of that,” Bowen said.

“So the bottom line is that, if the province does need to amend that plan, we will have the opportunity to participate in the consultation process because it is legislatively required.”

Sparwood, B.C., can serve as a cautionary tale, according to one expert studying water security.

“From a mining operation in the same geological formation in British Columbia, that when you blow up mountain selenium and other harmful substances are released into both the air and water,” Bob Sandford with the United Nations University Institute for Water, Environment and Health told Global News. “And here with our lab, we’ve already detected black carbon and selenium storms in Canmore.

“And we also know that when mountains are pushed into valleys, pollutants are mobilized in water that is flushed through the hydrologic system,” Sandford said. “We know that this flushing can take 2000 years, four times longer than the recognized maximum environmental standard for selenium.”

Flushing pollutants from mining into an agricultural region like the prairies is a practice from a bygone era.

“By going back to a 19th century water policy, we would be throwing water security out the window — not just for a generation or two, but for centuries,” Sandford said. 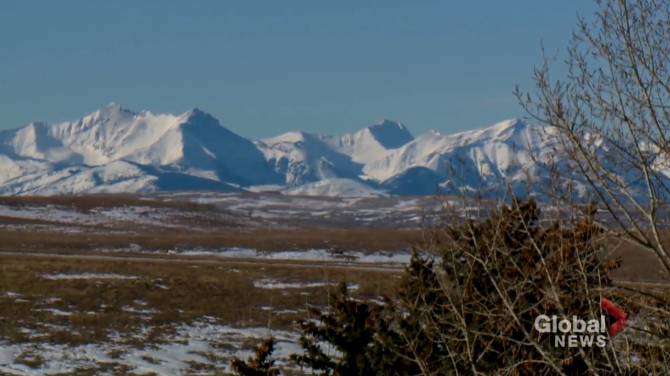 Sutherland and Ward 14 Coun. Peter Demong plan on bringing the matter to the board meeting of the Alberta Urban Municipalities Association on Thursday.

Sutherland also believes that any oil and gas developments have set the blueprint for developing coal.

“Everything that we do, we have to do in a proper manner with engagement to ensure that all the policies are there for the environment,” Sutherland said. “That would be no different than oil and gas.”

Snodgrass admitted that “the ship has sailed for public input” on the Grassy Mountain project, but is “putting a lot of trust” in the federal regulatory review process under Minister of Environment and Climate Change Jonathon Wilkinson, who has reviewed other coal projects in his tenure.

Global News tried to contact Alberta’s ministry of environment and parks for comment, but did not receive a response by end of day.