10 Best Countries to Outsource Software Development, Based on Data

Outsourcing software development can be a great way to save money while still getting high-quality work. However, there are some things you need to know about outsourcing before you can do it effectively. For starters, you need to know what are the best countries to outsource software development to so you can focus your search in an effective way.

In this article, we’ll take a close look at the 10 best countries to outsource software development to. 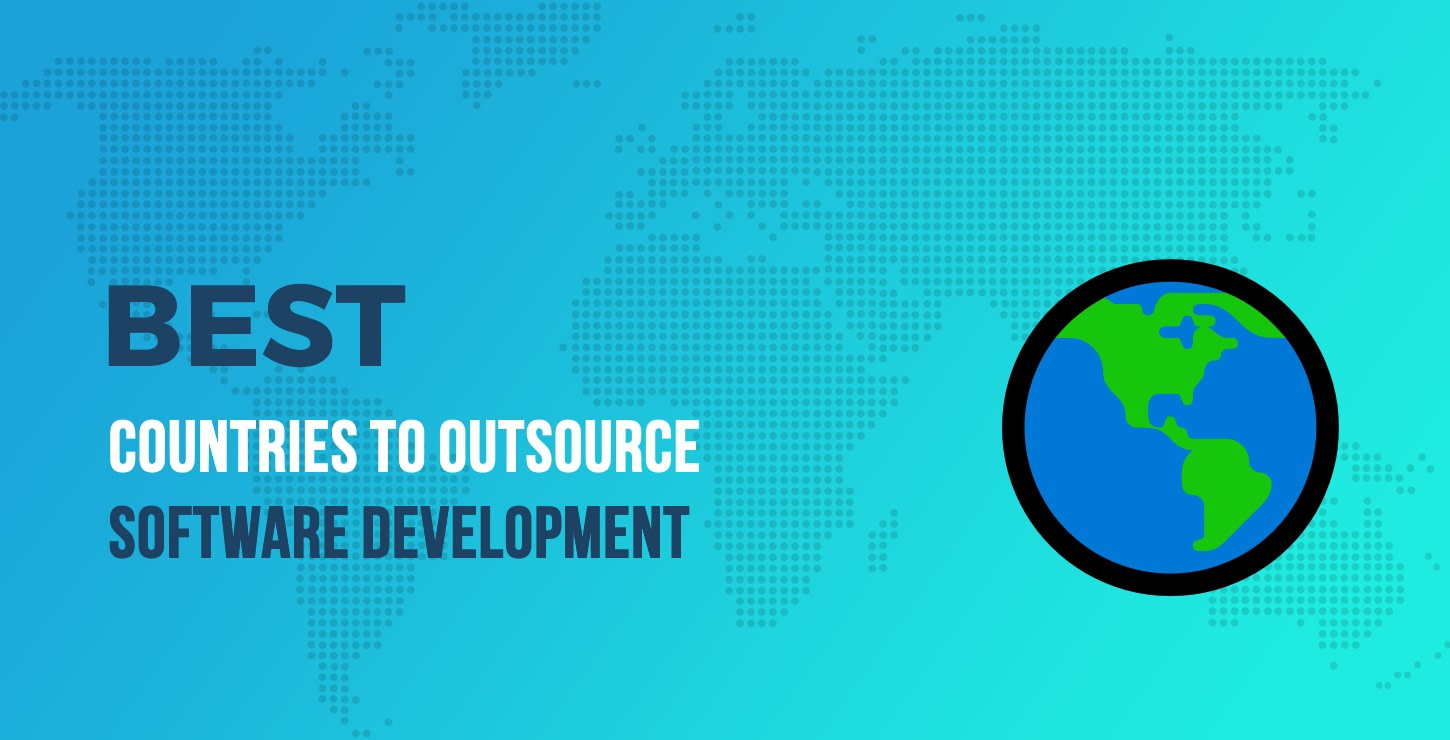 If you’re in a hurry, here’s a quick summary of the best countries to outsource software development to, plus how much you can expect to spend:

What makes a country good for outsourcing?

The main things you want to look for when determining the best countries to outsource software development to are lower costs, a highly developed IT market, a high-quality educational infrastructure, and the ability to communicate in your preferred language (for the purposes of this article, we’ll assume you prefer to work in English). These factors create a large talent pool of skilled tech workers for you to choose from.

The final factor to consider when considering the best countries to outsource software development to is time zones. Many companies find ways to collaborate with workers in a variety of time zones, but you should consider how you’ll work with people in other time zones before you start your search. Are you prepared to get up early or stay at the office late for Skype meetings? Is your project a low enough priority that a time delay between communications is all right? Or do you want time zones to overlap so you can communicate with people in real time?

Once you’ve figured out what your company’s specific outsourcing needs are, you’re ready to start looking for collaborators in the best countries to outsource software development to. 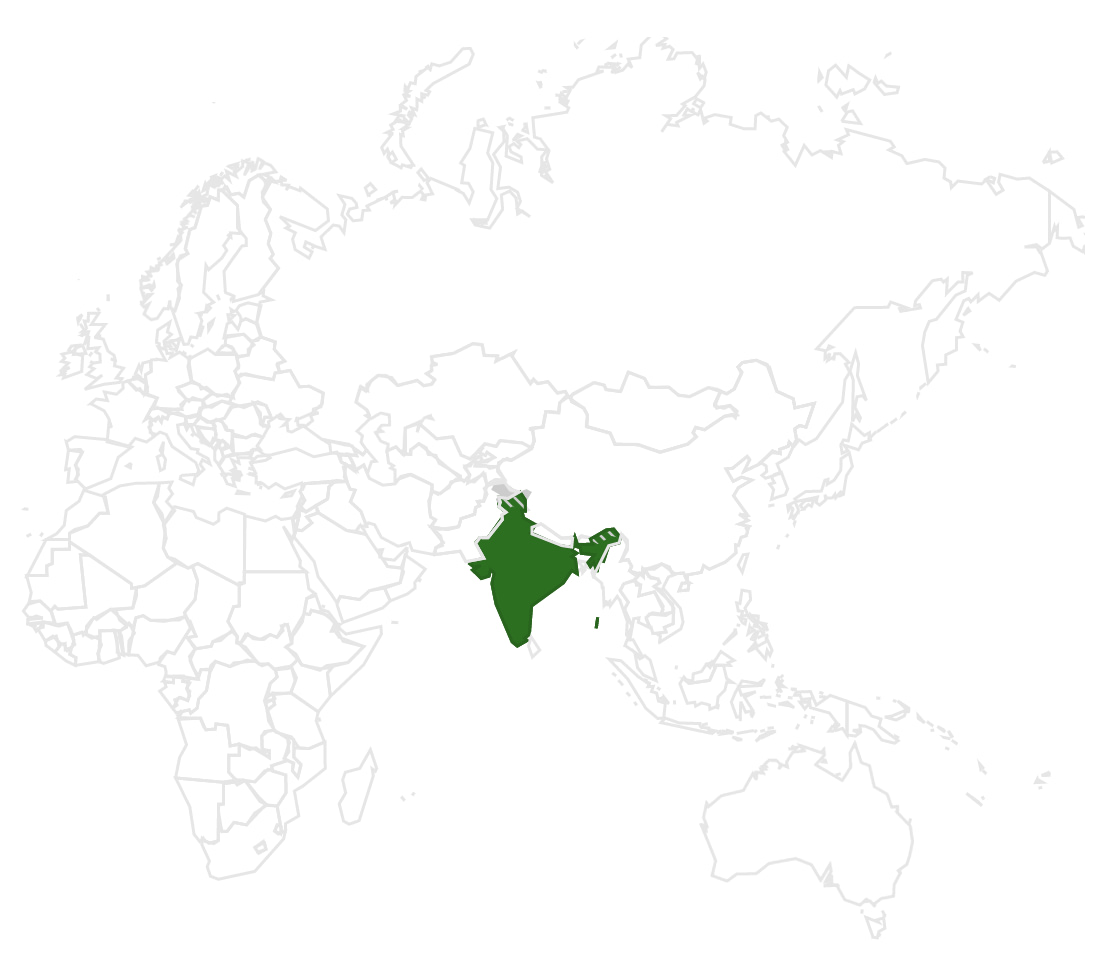 India is probably the first country you think of when you hear the term “outsourcing”, and with good reason. India is the second largest English speaking country in the world, making it an ideal choice for US or UK employers interested in outsourcing. Their education system also focuses heavily on mathematics and produces as many as 2.6 million STEM graduates in a single year.

According to research from Gild, Indian developers outscored their American counterparts on math and logic assessments by a full 11%. However, they received significantly lower scores on tests in PHP and HTML, so if you’re looking for web development, you may want to verify if the outsourcers you’re going to be working with have a good track record of work delivered.

Salaries: According to PayScale, the average annual salary for a software developer in India is 779,700Rs, or $11,139. 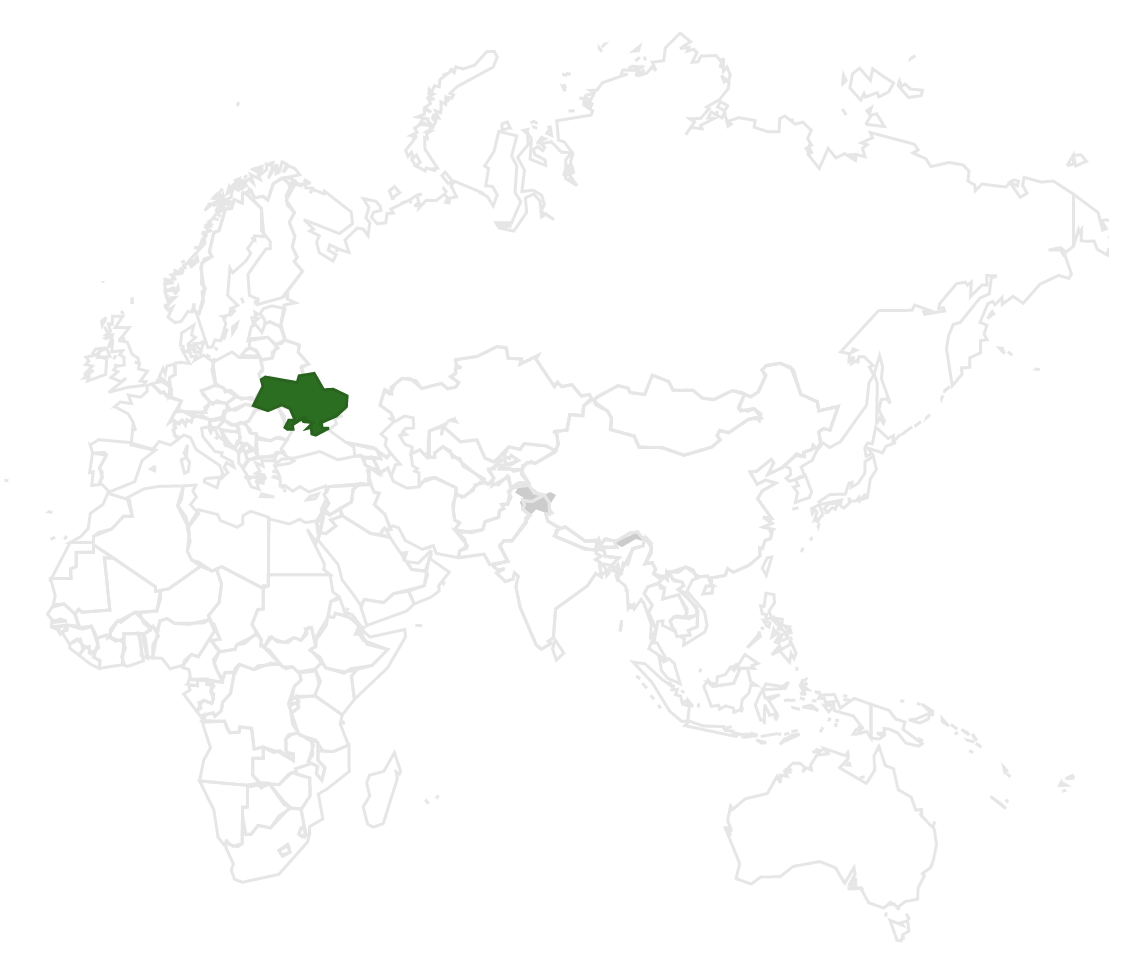 The Ukrainian government has a strong focus on education that has nourished a thriving tech industry there. According to statistical analysis from HackerRank, Ukraine developers had an average score of 88.7% across all HackerRank challenges. Ukraine is also home to the largest number of C++ programmers globally.

English isn’t widespread among the general population, but 80% of their IT community speaks English, so communication barriers are a minimal issue here. Other benefits of outsourcing to Ukraine include a time zone that partially overlaps with US and UK times and a similar working culture which prizes challenge and competition.

Salaries: According to PayScale, annual salaries for Ukrainian developers range between $11,936 and $46,787. 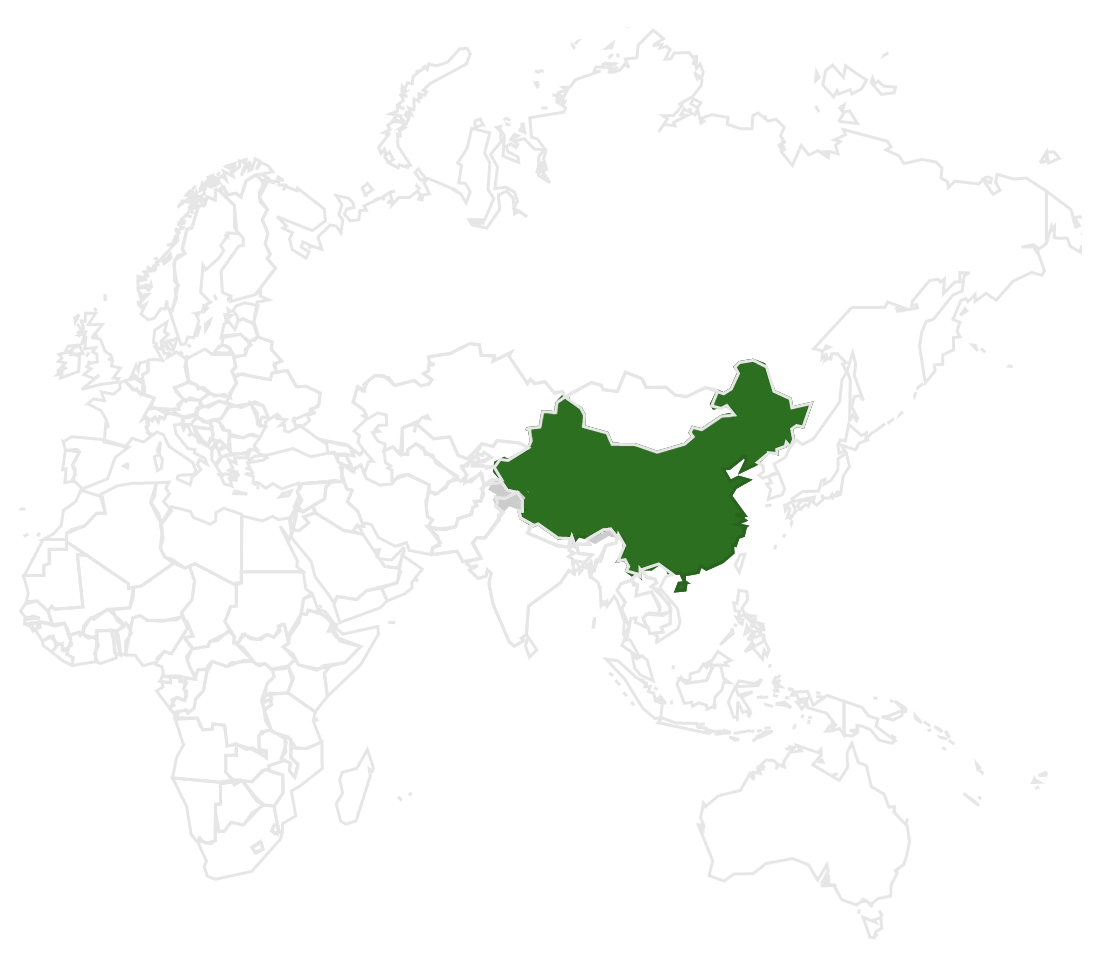 China is home to many of the fastest growing IT companies and produces as many as 4.7 million tech graduates every year. In a hypothetical analysis of countries fit to participate in a “programming Olympics” by HackerRank, China ranked first.

There are, however, a couple of potential drawbacks here. First, only 10 million of China’s 1.3 billion residents speak English, presenting a large communication barrier for many international employers.

Second, China is known to have lax enforcement on Intellectual Property (IP) laws. However, this can be overcome by hiring a reputable outsourcing agency and establishing clear rules before you start working together. 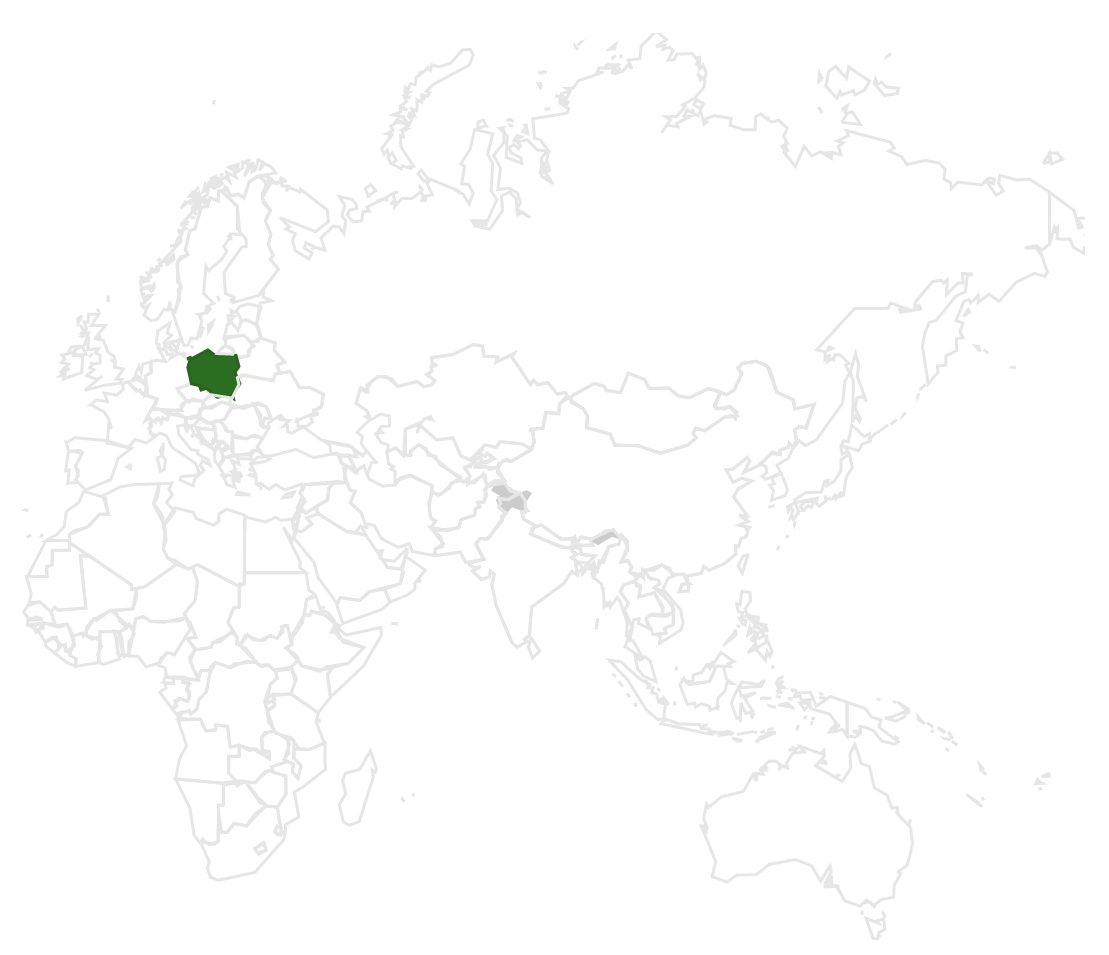 According to statistics from HackerRank, Poland is home to the third most skilled programmers in the world. Their programmers ranked first in Java assessments and were listed in the top five for other mainstream programming languages like Python, Shell, and Ruby. Two of Poland’s largest cities, Warsaw and Krakow, also ranked in the top 50 cities on the Tholons Globalization Index.

Western developers will also be glad to note that 30% of the Polish population speaks English as a second language, making communication simple. North American companies will have to make some accommodations for time zones if they want to conduct live meetings, but there is enough overlap to allow functional collaboration.

Salaries: Data from PayScale shows that the average software developer in Poland makes an annual salary of 85,069PLN, or $22,273.88. 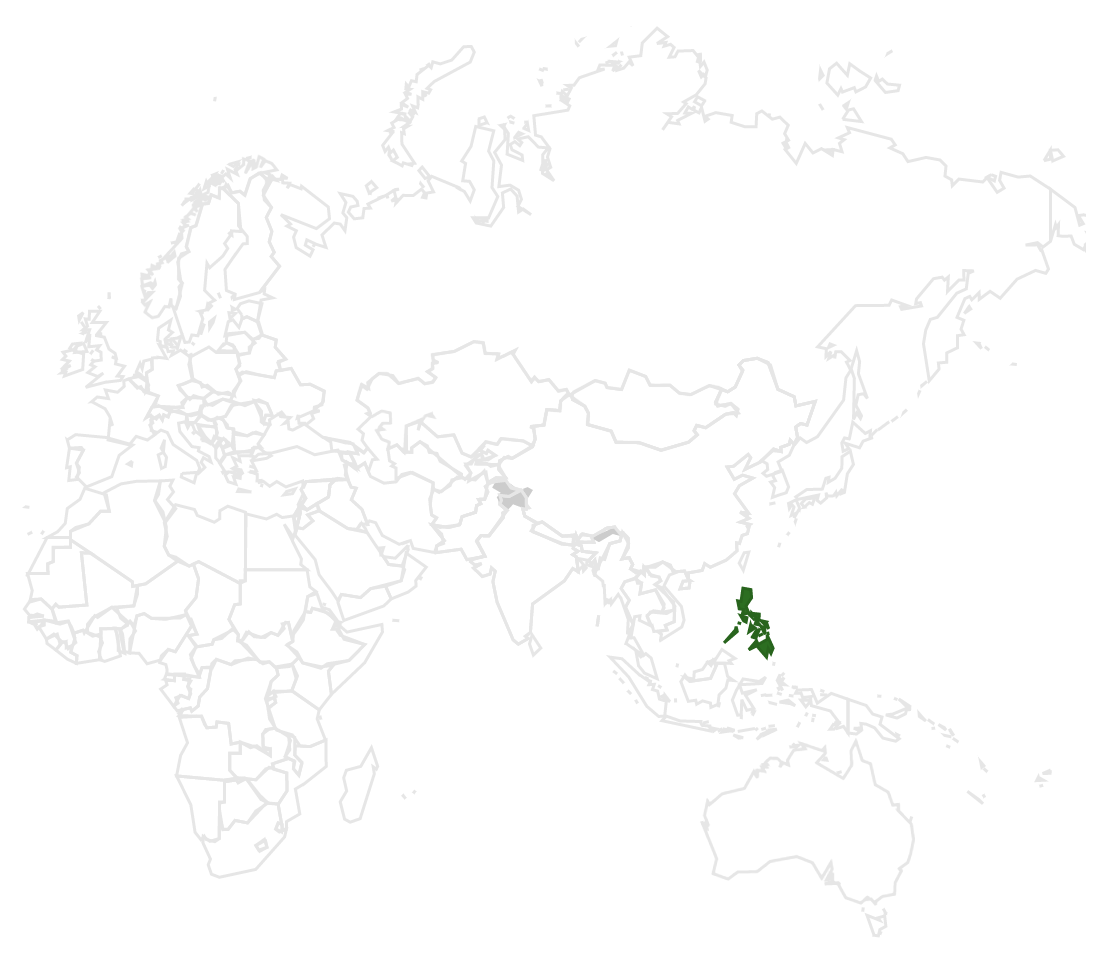 Over 92% of Filipinos speak English, making the Philippines one of the largest English-speaking populations in the world. They also have a specialized STEM high school system and have implemented serious educational reform in the past several years.

However, reforms still haven’t closed the gap between software developers from the Philippines and developers from other nations on this list. This means that while it’s one of the best countries to outsource software development to if you’ve got a simple project in mind, you might want to consider China or Ukraine for more complex projects. 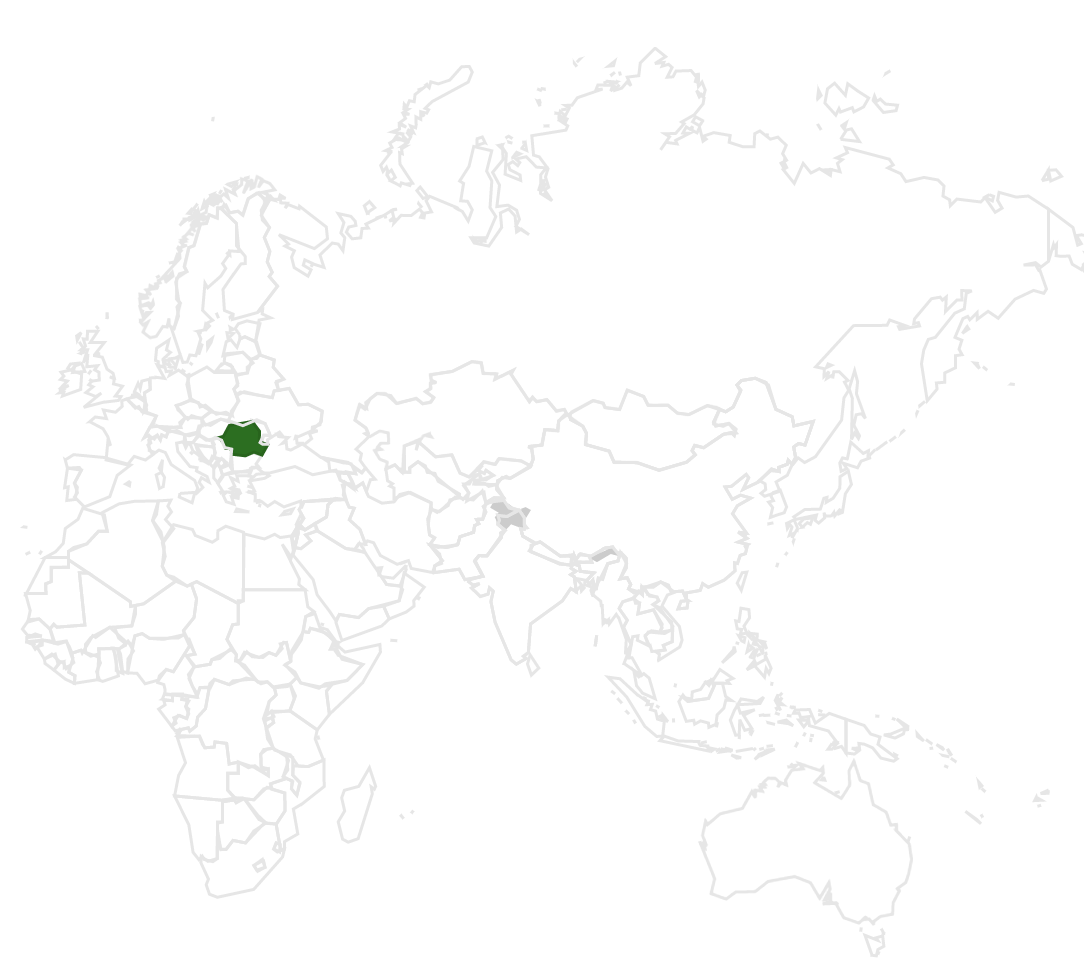 Romania offers its citizens access to tuition-free, egalitarian education, which has spurred one of the most diverse tech scenes in Europe. Romanian developers ranked 20th in the world across all HackerRank programming tests.

Romania has invested heavily in its IT infrastructure over the past several years, propelling them to the 18th place on the A.T. Kearney Global Services Location Index, which ranks countries based on financial attractiveness, skill levels and availability, and overall business environment. And with most developers earning at least three times as much as the average Romanian, this field is able to draw a steady stream of new and talented workers.

Romania also offers other key benefits for employers in western Europe and North America. The time zone offers significant overlap with western Europe and even US time zones. Almost 90% of the developer community in Romania speaks English, and many other foreign languages like Russian and German are common in Romania. 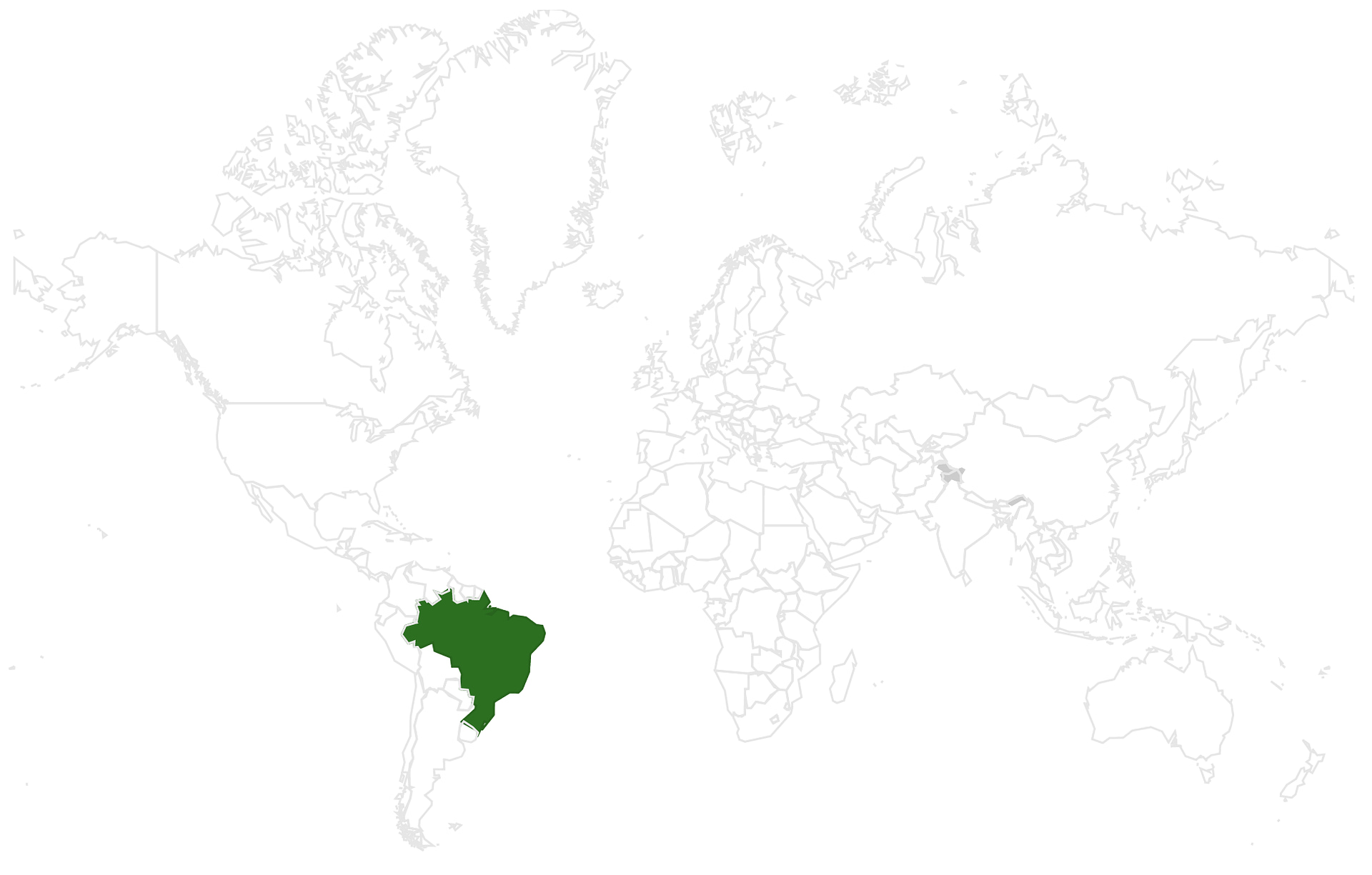 Brazil is home to roughly 6.18 million fluent English speakers and a government that is working hard to build better technology education infrastructure. Combined with an unusually young workforce – 38.18% of the population is under 24 years old – this makes Brazil an up-and-coming country for outsourcing software development.

However, the IT community in Brazil is still relatively young. Brazilian programmers only scored an average of 71.3% on HackerRank assessments. This makes Brazil a great place to find junior developers, but means you’ll want to look at other countries on this list for more advanced projects.

Salaries: The cost of living in Brazil varies wildly from one place to the next, and programmer salaries vary accordingly. Depending on their location and experience level, Brazilian developers’ salaries range from R24,000 ($6,009.26) to R132,000($33,054.78). 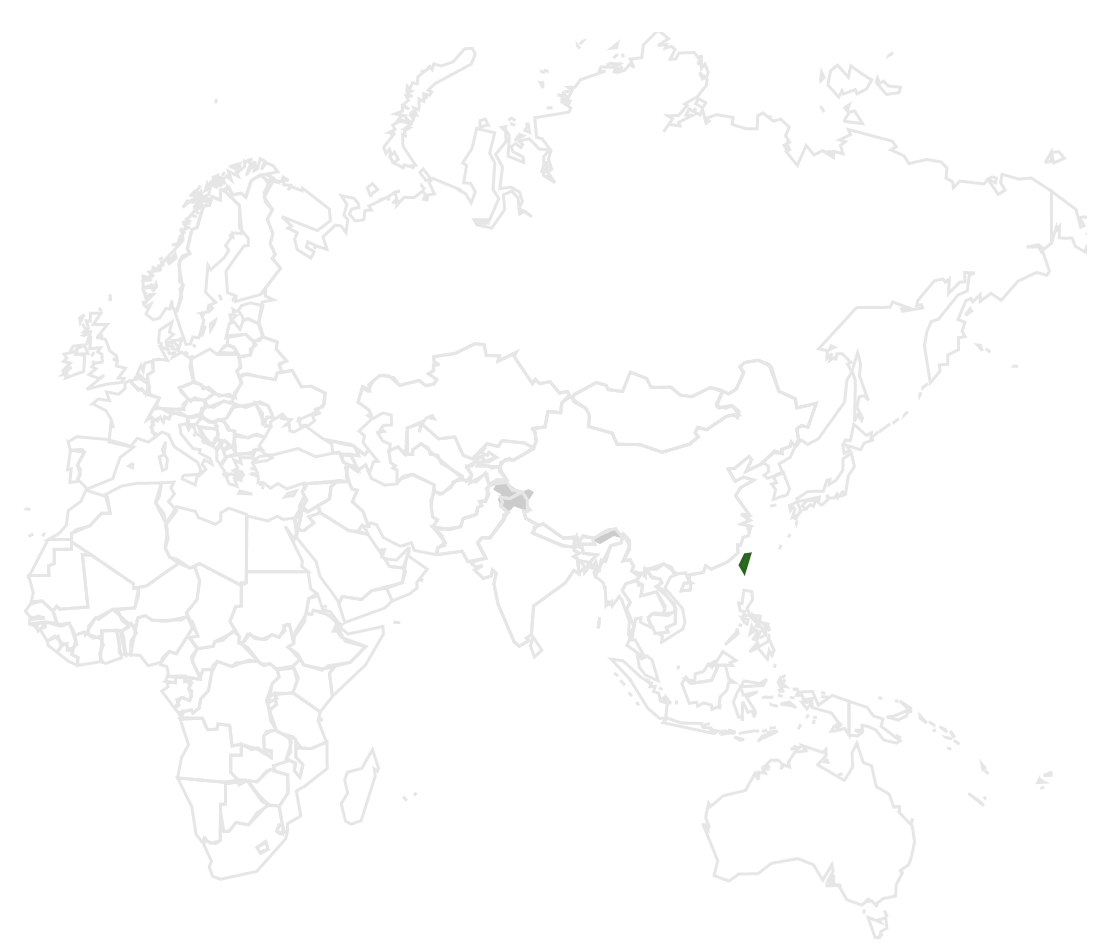 Taiwan is home to the seventh most skilled developers in the world according to HackerRank, with strong proficiencies in areas like functional programming and data structures. The Taiwanese government has also invested heavily in their goal to become “Asia’s Silicon Valley” with improved STEM education and IT infrastructure.

However, this doesn’t necessarily mean Taiwan is the best place for you to outsource. According to the English Proficiency Index, Taiwan ranks 40th out of 80 non-English speaking countries. Specific numbers within the programming community are difficult to find, but this number suggests that communication barriers could become a major issue if you outsource to Taiwan. Taiwan is currently considering making English one of their official national languages to remedy this problem. 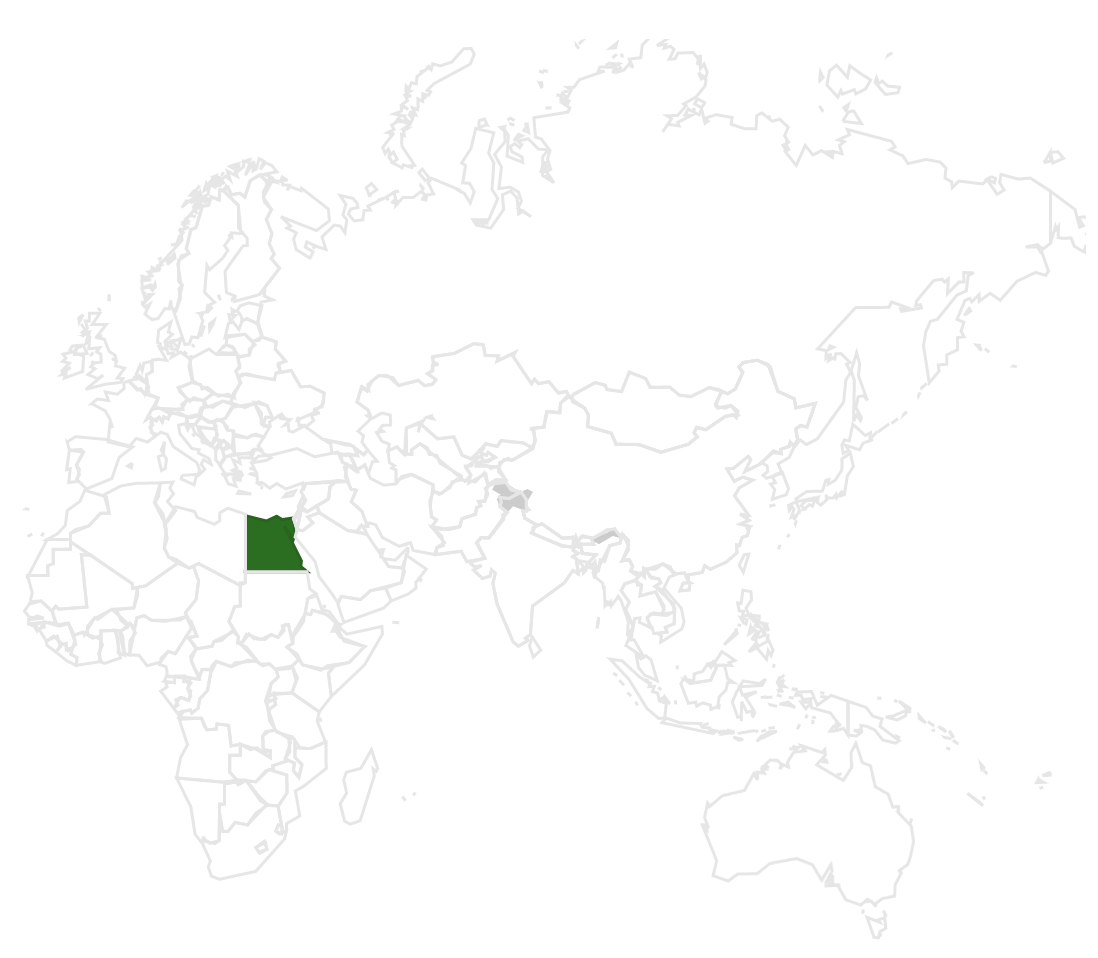 Egypt only ranked 42nd on HackerRank’s list of the top 50 countries for software development, but they are dedicated to increasing their pool of tech workers. Over the past several years Egypt has invested in the development of STEM-focused high schools, producing a large pool of tech-savvy workers. Most schools in Egypt also teach English, so communication barriers should be minimal when dealing with Egyptian workers.

Salaries: The average salary for a senior software developer in Egypt is EGP103,187, which converts to $6,041.22. This is significantly lower than developers anywhere else, so while you might spend a long time searching for the right person, you’re bound to save a lot once you’ve found them. 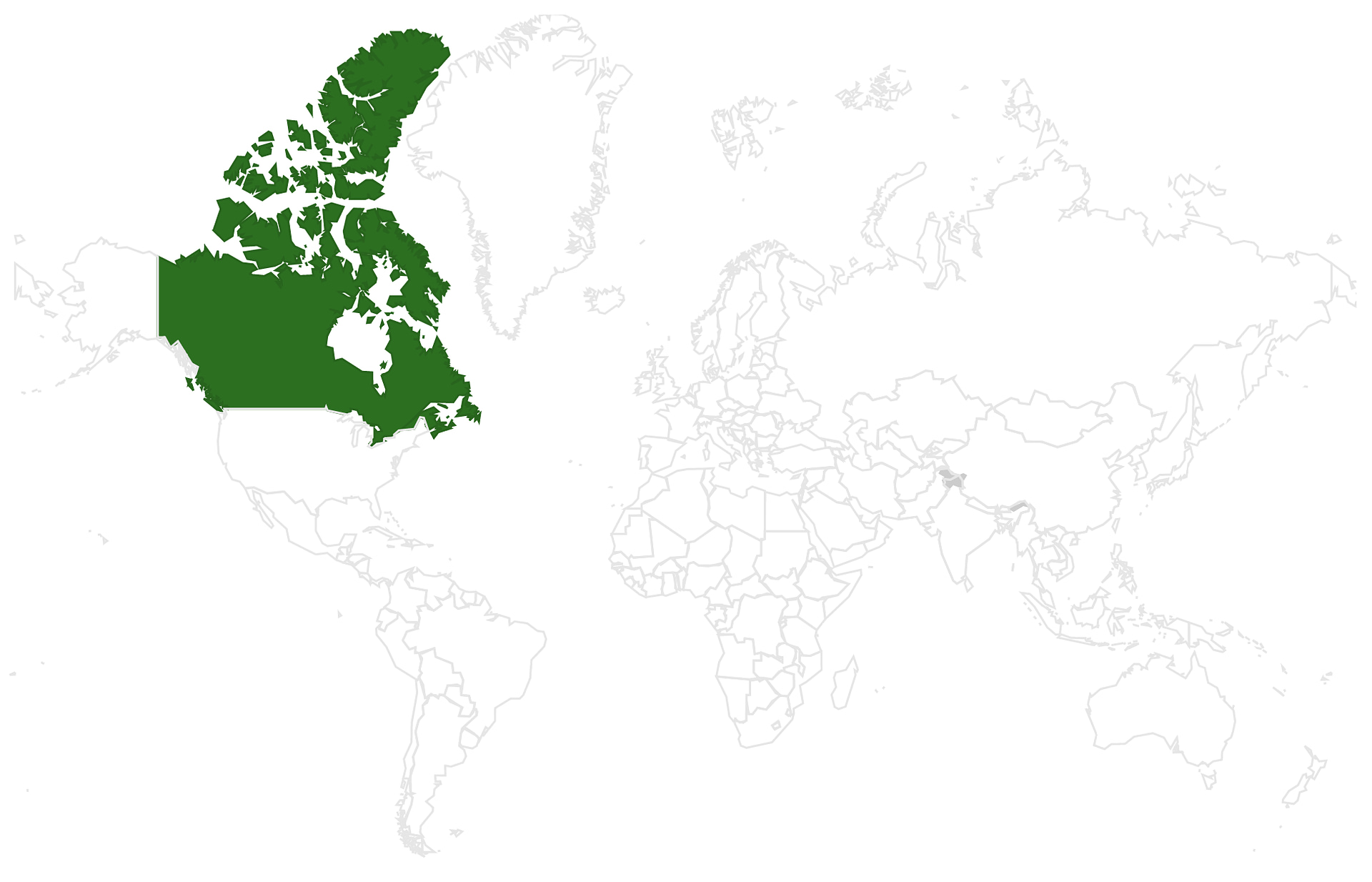 Canada has strong educational infrastructure with a dedicated focus on technology: 18.6% of Canada’s annual graduates have STEM degrees. In terms of actual skill level, Canadian programmers were ranked 21st by HackerRank. Three Canadian cities also ranked in the top 50 on the Tholons Globalization Index: Toronto, Calgary, and Halifax.

Outsourcing to Canada also offers several other benefits, especially to US-based businesses. There are few cultural differences to worry about and the time zones allow for easy communication with US clients. This makes it easy for companies to achieve true collaboration on more complex projects.

Salaries: Canada is the most expensive place to outsource to on this list, with the average software developer earning $64,266CAD ($47,659.67USD) according to PayScale. However, this extra cost is offset by the stable quality of workers and the favorable exchange rate.

Final thoughts on the best countries to outsource software development

Limiting your search to the best countries to outsource software development to is only the first step to a successful outsourcing relationship. You also need to establish clear systems for communication and collaboration.

👉 For more help with this, check out our guides to How and When to Outsource WordPress Work and Where to Find the Best WordPress Help.

👉 You may also want to take a look at our profiles of 10 Multi-Million Companies Built With Software Development Outsourcing and Remote Work.

What Is SSL? Like, Really… Plus Why Your WordPress Site Needs It and How to Get It Installed for Free