The Fast and the Furious movies have been some of the most exciting endeavors ever to grace the big screen, and now many subscribers are wondering whether or not the movies that make up the thrilling franchise are available on Netflix.

The new movie F9 is set to arrive in theaters soon, which has rekindled the fan’s love of over-the-top action, fast cars, family, and a barbecue scene to end it all with plenty of Corona beer product placement. It’s no surprise that Netflix subscribers would like to know if the streaming service features any of the exhilarating adventures the Fast and Furious Saga has to offer.

How many Fast and Furious movies are there?

There have been nine Fast and Furious films released so far in the franchise, with one on the way hitting theaters soon and at least four more titles in development to come out over the next few years.

Justin Lin returned for F9, which releases in theaters on July 25, 2021. He will also helm the 11th and 12th films. A Hobbs & Shaw sequel and an untitled female-led film are also reportedly in development.

Are any of the Fast and Furious movies available on Netflix?

Unfortunately, fans of the Fast & Furious franchise will be disappointed to learn that none of the films are available on Netflix. While this is disappointing, there are several alternatives that subscribers can definitely enjoy.

Films like 6 Underground, The Old Guard, and Extraction are just some of the exception titles ready to stream on Netflix. Action-packed thriller shows like Sky Rojo, Money Heist, Warrior Nun, Jupiter’s Legacy, Daredevil, and more are also available. 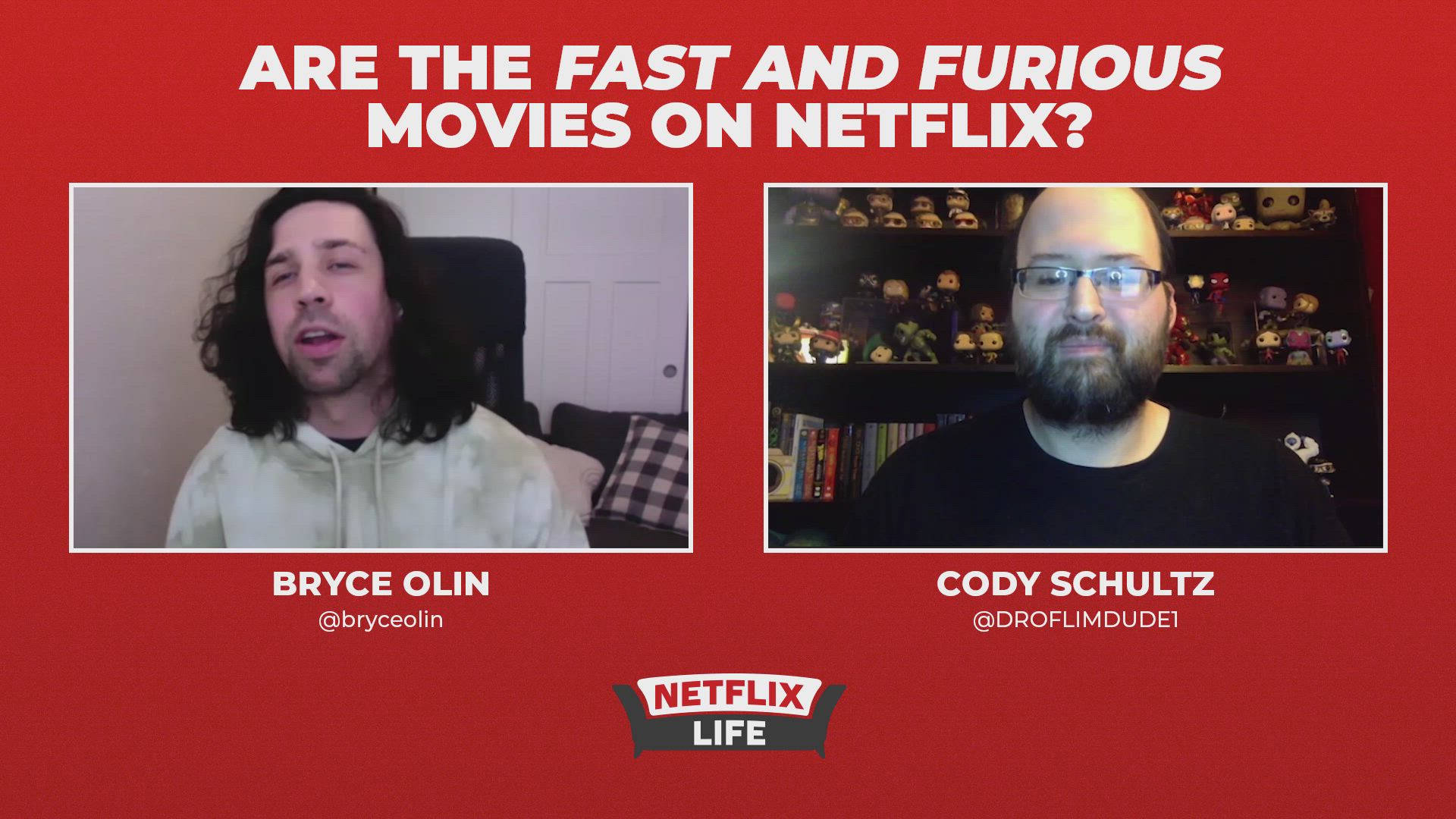 Where you can steam the Fast and Furious movies

The Fast and the Furious, 2 Fast 2 Furious, and Fast & Furious Presents: Hobbs and Shaw are available on HBO Max.

The Fast and the Furious: Tokyo Drift and Fast & Furious are available on Philo, FuboTV, and most VOD platforms for purchase or rent, including Amazon Prime, Google Play, Apple TV, and more.

Fast 5, Furious 7, and The Fate of the Furious are available for purchase and to rent on most of the popular VOD Platforms.

Fast & Furious 6 is streaming on Peacock and is also available for purchase or rent on VOD services like YouTube, Vudu, Apple TV, and more.

Check out this Fast & Fearless trailer honoring the ladies of the Fast Saga:

Next: 50 best Netflix movies to watch right now
Was this topic helpful?0% of users found this helpful
Categories Tags!