Anti Adblock in WordPress – You Probably Need It, Here’s Why

Before we go into the topic of anti adblock in WordPress, here’s a couple of charts that reflect people’s relationship with ads based on their profession: 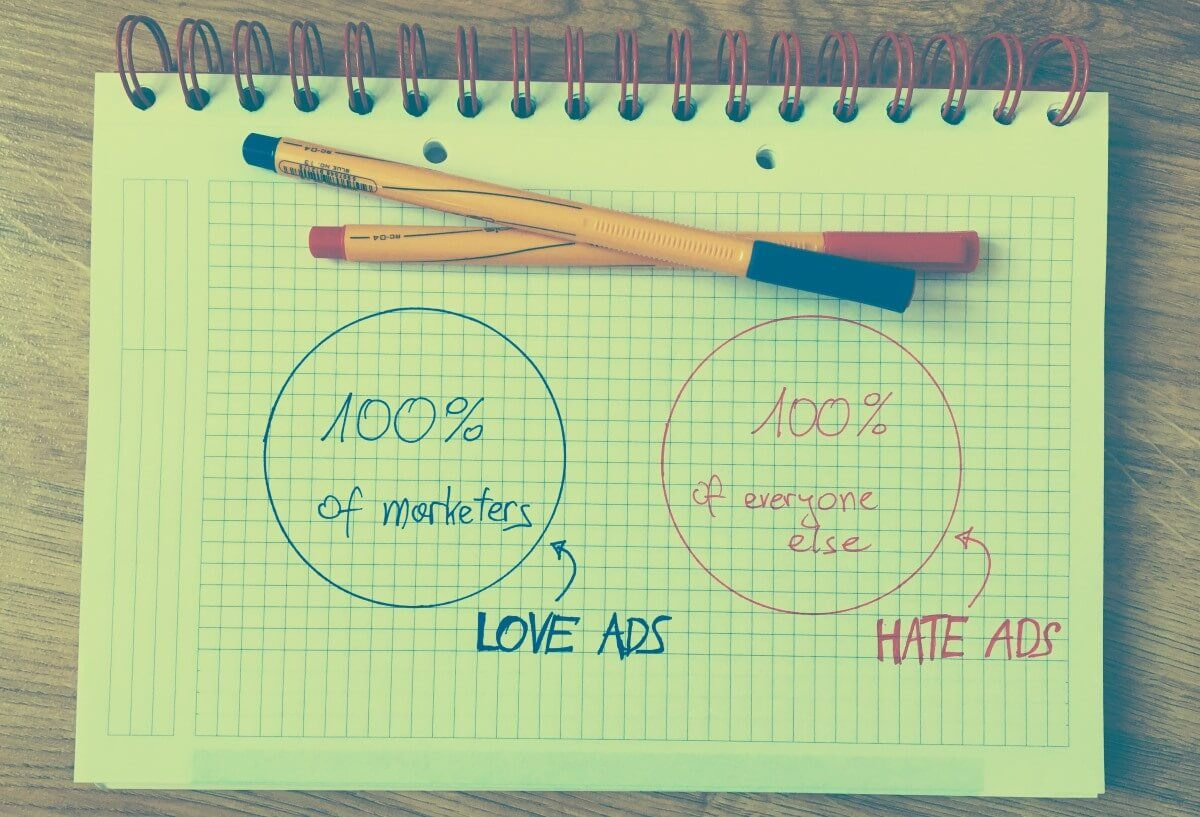 So yeah, ads are perhaps not the best thing in the world if you find yourself on the receiving end of them.

That’s probably why adblockers are so popular these days. As indicated by the latest data, for example, between 24% and 27% of internet users block ads. And things are even worse for mobile. One GlobalWebIndex study reports that as much as 70% of people accessing the web via mobile say they’re either blocking ads already or are interested in doing so in the future.

Also, about that mobile thing, as I recall, when Apple finally allowed adblocking apps a while ago, the App Store truly exploded. One adblock app after another got the #1 most popular spot, week after week. There was drama, there was controversy, and it only showed us how passionate people can be about their ads … or lack thereof, actually.

Anyway, so where does the concept of anti adblock come into play here?

We’ll get to that. But first:

Let’s face it, if you’re a website owner, then based on your business model, ads can be a crucial part of your bottom line. And that’s especially likely if you run a news-like website or an online magazine.

For example, it’s no mystery that ad revenue is the main money stream for many of the top, most popular, blogs out there:

But perhaps the biggest strength of advertising as we know it on the web right now is that it’s not only something that the biggest players in the game can utilize. These days, anyone can get a piece, even if they launched their site just yesterday.

The barrier to entry is non-existent with things like Google AdSense, which has to be one of the main reasons why new blogs so often turn to the platform when starting their adventure with monetization. Another advantage is that AdSense works in every niche and market. So even if your WordPress blog is about something very obscure, you can still probably get at least some ad revenue.

However, this is where adblocking interferes and effectively prevents you from making as much money as you normally could. And the scale of it all is really significant.

As I mentioned earlier, somewhere between 24% to 27% of ads get blocked, and this somewhat translates to you losing 20%+ of your potential ad revenue. Just in 2015 alone, for example, more than $22 billion in global ad revenues got blocked. 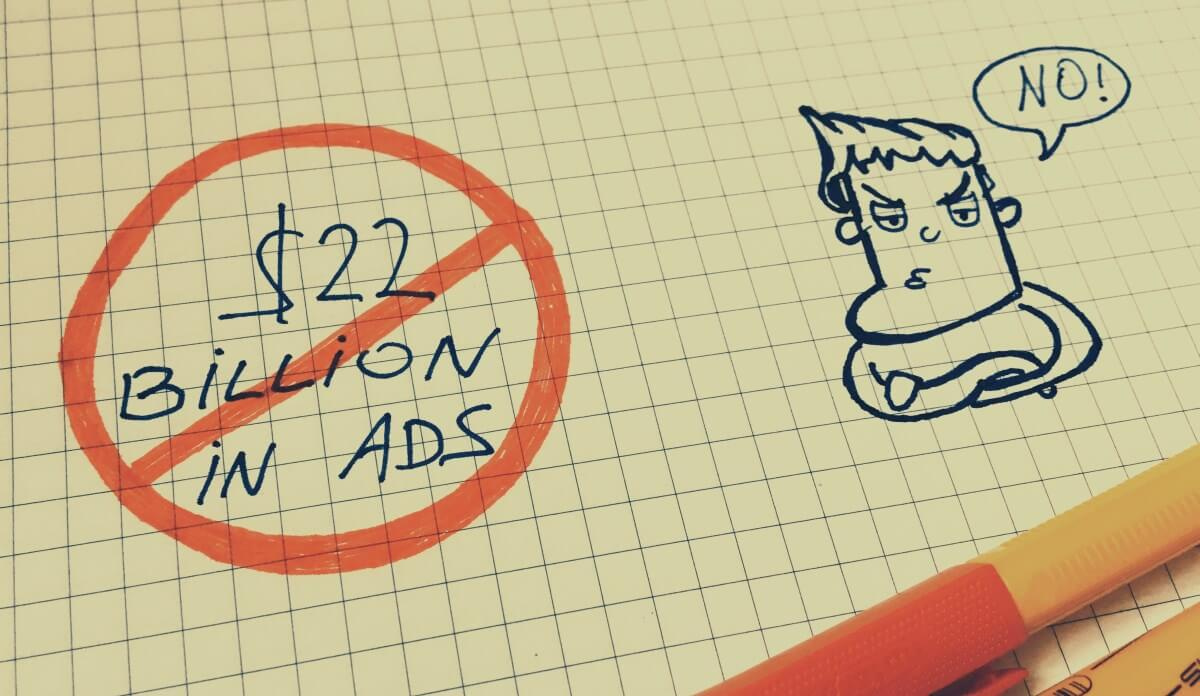 Okay … so not particularly good news if you’re a fresh blogger or website owner who doesn’t have any product to sell yet, and just wants to make some dollar via ads in the meantime.

So what can you do in this current landscape – a landscape that’s becoming more and more unfriendly towards simple web ads? Here’s anti adblock:

What we can do about adblocking – anti adblock 101

Note. Let’s start by saying that there are other possible monetization methods for WordPress websites and blogs, and advertising hasn’t had the best reputation overall. For instance, there’s an interesting post by Sarah Peterson on 13 reasons why ads are a silly monetization strategy over at smartblogger.com. But let’s just skip all that and focus on the situation at hand. If you want to use ads regardless of the shortcomings, what follows is some info on what you can still do to make it work.

First off, let’s talk about how adblockers work, and also how it’s not your job to make their job easier.

Sounds a bit controversial, so let me clarify:

Adblockers are just a piece of third-party software. A piece of software that uses sometimes complex or non-complex algorithms to decide what is and ad, and then erase it from the screen. It’s a third-party’s attempt at making your ads invisible. Basically.

And that’s fine. It’s their goal, and it’s the user’s decision to use those blockers. They have the right to do so.

At the same time, though, you – the site owner – aren’t obliged to comply with any blockers’ algorithms, and it’s entirely up to you how you want to display ads on your site, and what under-the-hood script/code/software you want to use for that. (As long as everything complies with your local laws, of course.)

What all this means is that as a site owner who has decided to use ads as your main monetization method, it’s your responsibility to make sure that those ads get displayed at all times.

How to get your ads displayed – method #1

With the above in mind, the no.1 anti adblock tactic you can employ to get your ads displayed even if an adblocker is enabled on the user’s end is to move the ads from external servers to your own.

The idea is simple in itself. It’s purely about taking the media files of the ads – the actual banners – and uploading them to your WordPress site like any other media file.

On the face of it, they look like any other image file, GIF, or video that you have on the site. In other words, you’re making it harder for an adblocking script to recognize those ads.

This method works great if you have individual agreements with advertisers or sponsors.

The reason why this can’t be done with things like AdSense is because those ads are served through JavaScript embeds from external sources. You can’t just grab those ads and have them included manually.

How to get your ads displayed – method #2

If getting all your ads on your own server isn’t an option, the next best thing is to use an adblock detection plugin for WordPress. Like our own Ad Blocker Notify –  a free plugin. It’s not our original creation, but we decided to acquire it a while ago because we quite like how the plugin solves the adblocking issue, and how well received it’s been by its users. 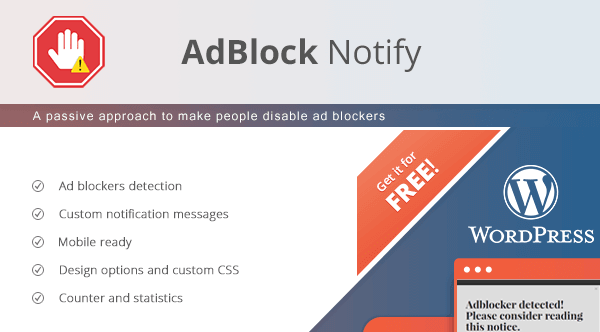 The features, in a nutshell:

Now, here’s the way we recommend you to use this plugin (note; this is actually why we’ve liked the concept so much right from the beginning):

The thing you should do first is find out if you even need an adblock detection plugin like this. For instance, if your specific audience doesn’t use adblockers at all, or just a small percentage of them does, then having the plugin will be pointless.

So start by letting the plugin run in the background for a week or two (with no popup messages set yet), and then see the stats to find out how much money you’re losing due to adblocking.

For example, here are the numbers for this blog: 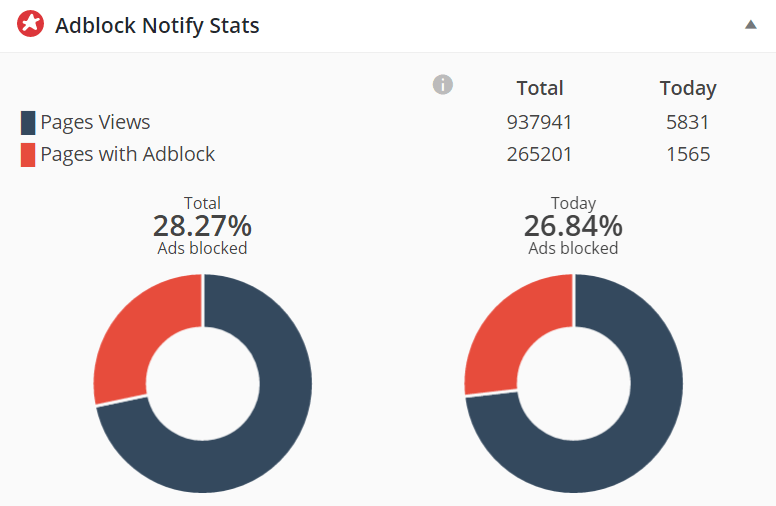 If the numbers are high, create a popup message and try to explain to your audience what’s going on, and why you’d really appreciate them whitelisting your domain.

What you write is up to you, and whatever feels comfortable. The plugin simply provides you with the tools to get your message displayed.

The message itself gets shown in a modal window, and can be configured to fit your design (through CSS). Also, it works just as good on both mobile and desktop. 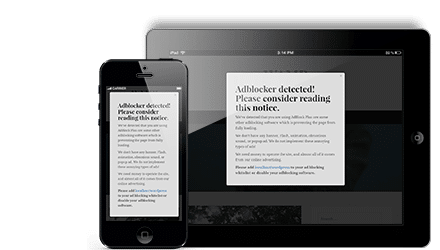 In an extreme scenario, you can decide to redirect the visitor to a different URL altogether, and prevent them from consuming your content entirely. Your call.

Here’s Forbes using a similar solution; if you go to any article on forbes.com with adblocking on, you’ll see this: 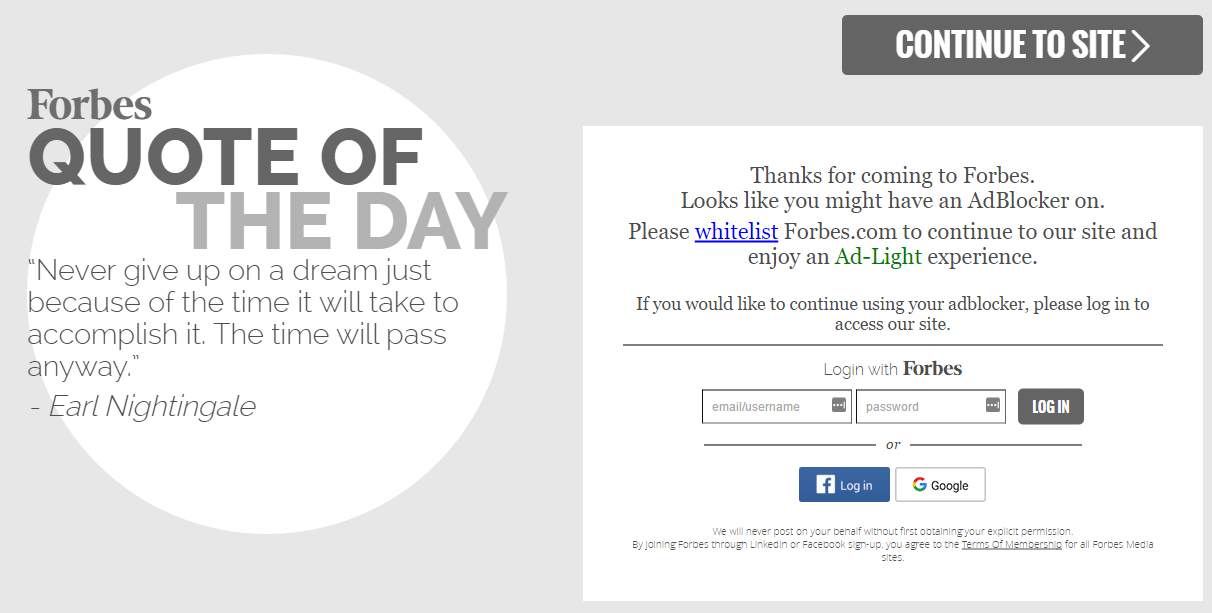 That message won’t go away until you whitelist their domain. But that’s a rather extreme use.

Important note, Adblock Notify doesn’t get around the adblocking script itself. Ads are still being blocked, but you get the opportunity to explain the situation to your visitors and potentially convince them to whitelist your domain.

So, as you can see in one of the images above, around 28% of our readers use adblockers. What are your numbers? Please feel free to share in the comments. We’re really curious what the standard is in the WordPress space.

Don’t fancy this particular plugin? No hard feelings, it’s all good. We also have another post over at the Themeisle blog – a list of some alternative plugin solutions in the realm of anti adblock. Check it out.