Every once in a while, life presents you with a moment where your pursuits and your passions converge.  Today is one such moment for me because I get to be the first to announce that our own Crystal Dynamics take on Spider-Man is teaming up with Ms. Marvel, Iron Man, Thor, Hulk, and Black Widow of Marvel’s Avengers. 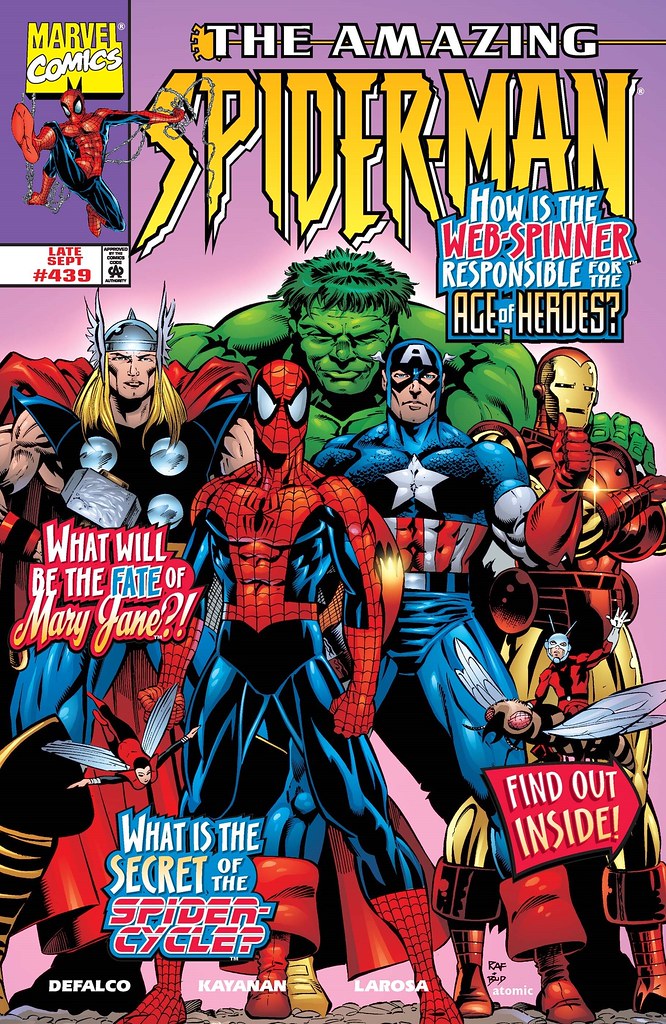 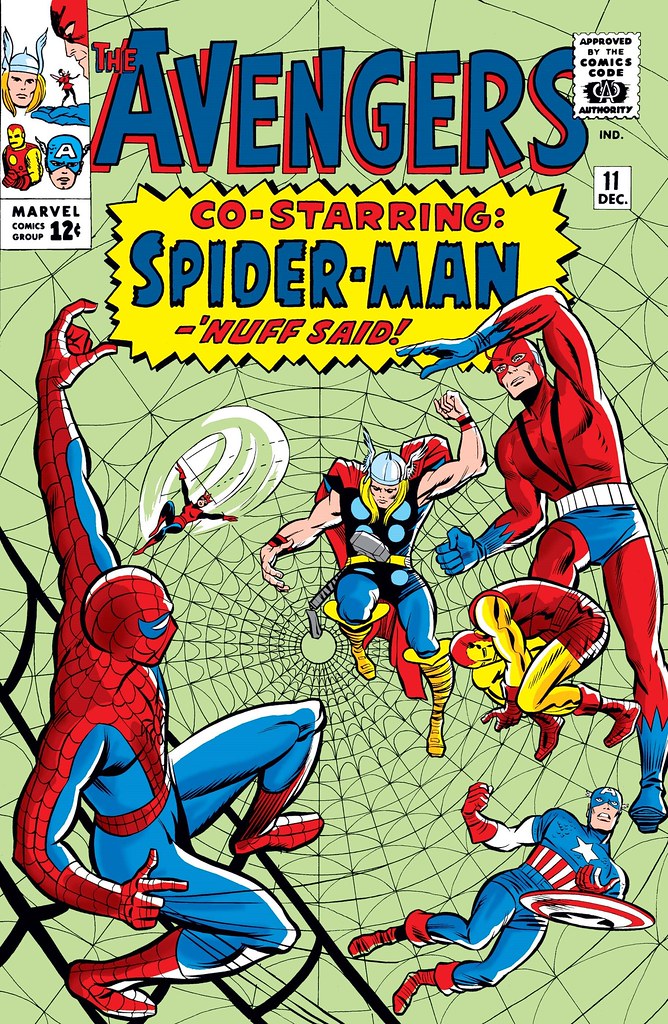 This is so personal for me because I cannot remember a time when I didn’t love Marvel and its colorful characters, each more real and believable than the next.  But despite my enjoyment of Captain America, Iron Man Black Widow, and the other Avengers, there was always one character I saw myself reflected in, and that was Peter Parker: The Sensational Spider-Man.  Now I’m getting to channel my lifelong enjoyment of the character into a version of the interactive hero that I hope inspires the next generation of creators… and well, it’s my dream come true.

His allying with our Marvel’s Avengers heroes is in perfect symmetry with my exposure to the character.  When I was young, I accumulated a massive collection of Spider-Man books that told both dramatic and humorous stories of this colorful crime fighter, who was a fixture of Marvel’s New York, and that used his powers and ingenuity to protect his “neighborhood”.  But one day I read an issue that pushed him out of his natural settings and into the larger world, with hilarious results.  The story was titled “The Commuter Cometh!”, and it was a fantastic yarn about Spider-Man hunting down a robber in the suburbs.

Watching Spider-Man adapt to new surroundings was such a great contrast to his status quo.  That tone is exactly what we want to capture for him in Marvel’s Avengers.  A familiar but fresh Spider-Man who needs to evolve to take on global threats alongside Earth’s Mightiest Heroes.

To make sure this team up goes smoothly, Vince Napoli, our Lead Combat Designer, is hard at work making Spider-Man just as great on the sticks as he is on the page.  This means making sure our hero moves and fights like he should, no matter which one of our War Zones he finds himself in.  When he’s arcing through the air on his web line, we want you to feel graceful and light, and be able to utilize a variety of web configurations and gadgets to enhance your traversal.  Spider-Man’s impressive acrobatic abilities will complement the experience, allowing you to seamlessly transition from navigation to combat.

With the abilities and proportionate strength of a spider, Spider-Man really knows how to get around

When Spider-Man takes on evil-doers, he’ll do so fluidly with his signature flair; but also, with the enhanced customization options we’ve created for Marvel’s Avengers.  Just like our other heroes, you’ll get to use the unique skill trees Vince and his team have designed to specialize how your Spider-Man plays in our world.  An impressive suite of iconic abilities and attacks will be at your disposal, and you get to decide which gadgets and skills you wish to upgrade.  These enhancements will be necessary for him to take on the threats coming his way. 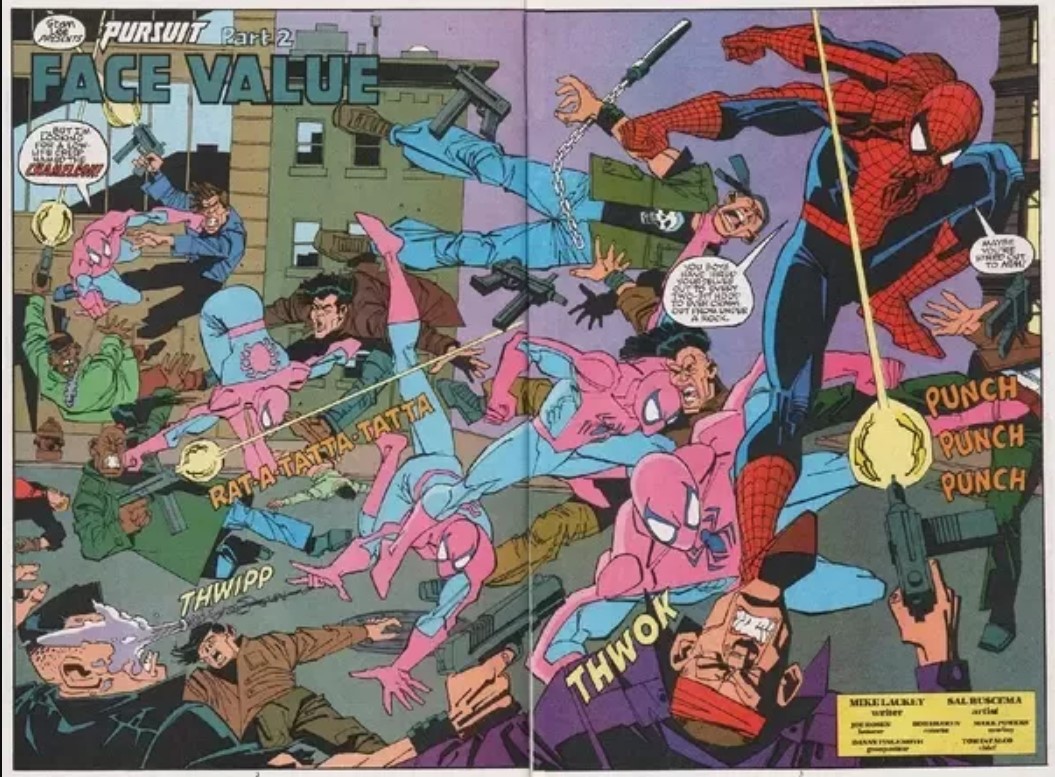 A Sensational Take on Spider-Man

Despite all the great solo adventures Spider-Man’s been on, standing shoulder-to-shoulder with the likes of Iron Man, Thor, Hulk, Black Widow, and Ms. Marvel is going to add a whole new dimension.  Players are going to face the world’s most dangerous threats together, using Spider-Man’s innate powers… boosted with a little help from his new friends. Partnering with the Avengers gives Spider-Man complete access to the impressive technology available to the team, such as custom web shooter-based technology from Hank Pym, SHIELD, Stark Industries, and more.  And by constructing the perfect gear and skills combinations, you’ll get the chance to live your Super Hero dreams through your ideal Spider-Man. 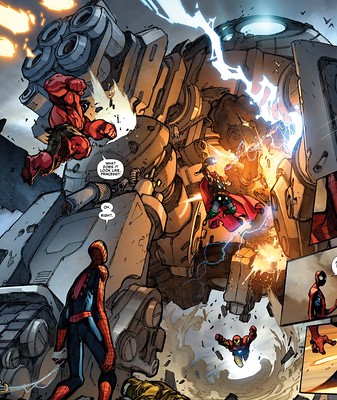 The neighborhood just got a whole lot bigger for Spider-Man

A Sensational Sense of Style

It’s not enough for Spider-Man to just play like he should… he also needs to look like he should.  That’s why when going through the process of conceptualizing his suit, we went back to the beginning.  Steve Ditko set the standard with his Spider-Man design, and John Romita Sr. evolved it into an icon recognized the world over.  Fans can expect to see Ditko and Romita’s influence in our take on the hero, with nods to other talented artists that have defined the character’s look over his long history.

With Spider-Man, it pays to respect the classics

When Spider-Man comes to our stable of heroes, we’ll be marking his debut with an in-game event that will introduce him to the wider world of Marvel’s Avengers.  The event is comprised of a series of unique challenges for the hero to take on, testing his abilities, and yielding some exciting results.  And like the rest of our heroes in Marvel’s Avengers, we will offer multiple cosmetic outfits and gameplay experience options, so you can make your vision of the wall crawler a reality.

It’s never been a better time to be a spider-fan!  The team at Crystal Dynamics, along with our partners, are overjoyed that we get to be a part of this hero’s gaming journey.  We can’t wait for you to add Spider-Man to your Marvel’s Avengers roster in early 2021, and as we’ve promised before, he will be available at no additional cost to owners of the base game, exclusively on PlayStation.

Thank you for your time, and I hope you enjoy playing Marvel’s Avengers when it launches on PS4 on September 4, 2020 and comes to PS5 later this holiday!

Lead the music revolution in No Straight Roads, out tomorrow

Hi everyone! Wan Hazmer here from Metronomik, and wow, what a day! I’m so excited that I’m finally able to say this — our musical action-adventure No Straight Roads launches on PS4 tomorrow! Here’s our rockin’ new launch trailer! Myself and my cousin...

Become super and save reality in Fortnite Chapter 2 – Season 4

In Thor’s battle against Galactus, the Heroes and Villains of Marvel — accompanied by their world — have ended up on the Island. Drop into Fortnite Chapter 2 – Season 4, the Nexus War, and join the fight to save Reality from Galactus as you battle ot...