The various iterations of the new iPhone were announced 800 million years ago. Actually, wait, I just double checked — it was only about two or so weeks ago, but it turns out that time has no meaning anymore. Another cursory glance at my calendar tells me that, while the iPhone 12 and iPhone 12 Pro were released in late-October, not long after being announced, the iPhone 12 Pro Max and iPhone Mini, meanwhile, won’t be available for sale for another week or so. 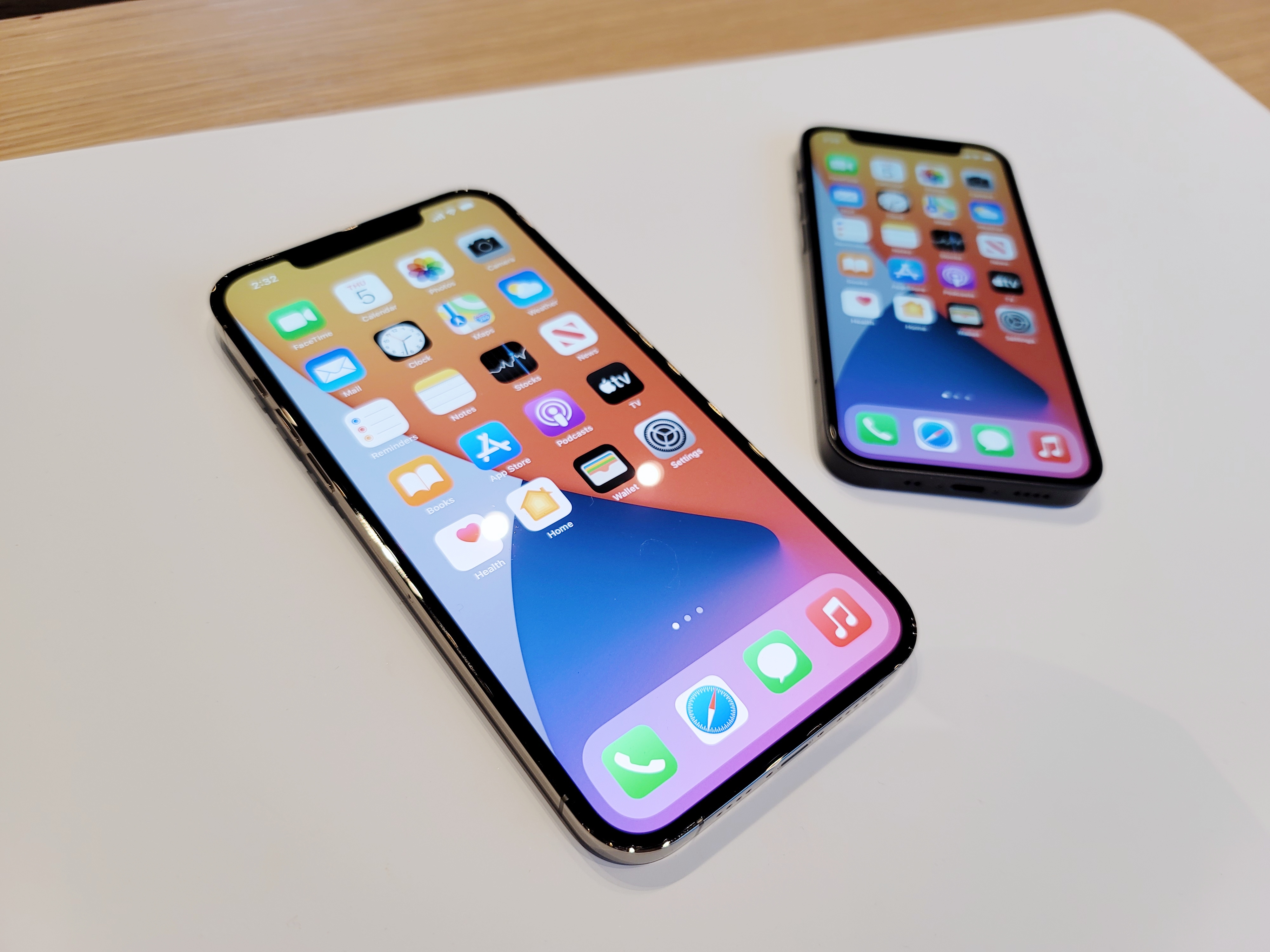 Again, we can talk more in-depth write-ups at some point in the future, likely, but for now a smattering of thoughts and images. Consider this a kind of make up for the sorts of hands-ons with products we used to do at Apple’s in-person events, back in the before times, when Apple had in-person events.

All of the four sizes were present and accounted for. As someone who’s been testing a fair number of large Android devices in recent months, the 6.7-inch Pro Max doesn’t appear exceptionally large. As you can see in that top photo, however, the difference between it and the Mini is pretty pronounced.

It’s amazing how quickly our perceptions of screen sizes have shifted over the years, that a handset sporting a screen two inches larger than the original iPhone is now considered “mini” by a fairly considerable margin. Heck, even the 6-inch Pixel 5 I’ve been using off and on feels pretty small by today’s standards.

The standard iPhone 12 and 12 Pro’s 6.1-inch display seem like a pretty good sweet spot for many or most users. Many of the key specs are surprisingly consistent, given the $400 price difference between the high and low end. All sport 5G connectivity, the new magnetic MagSafe connector, OLED displays and an A14 chip.

Beyond size, storage and battery capacity, the big differentiator are the cameras. No huge surprise there, as that continues to be where most smartphone manufacturers are making their biggest strides. Here’s a chart we made to break down those distinctions: 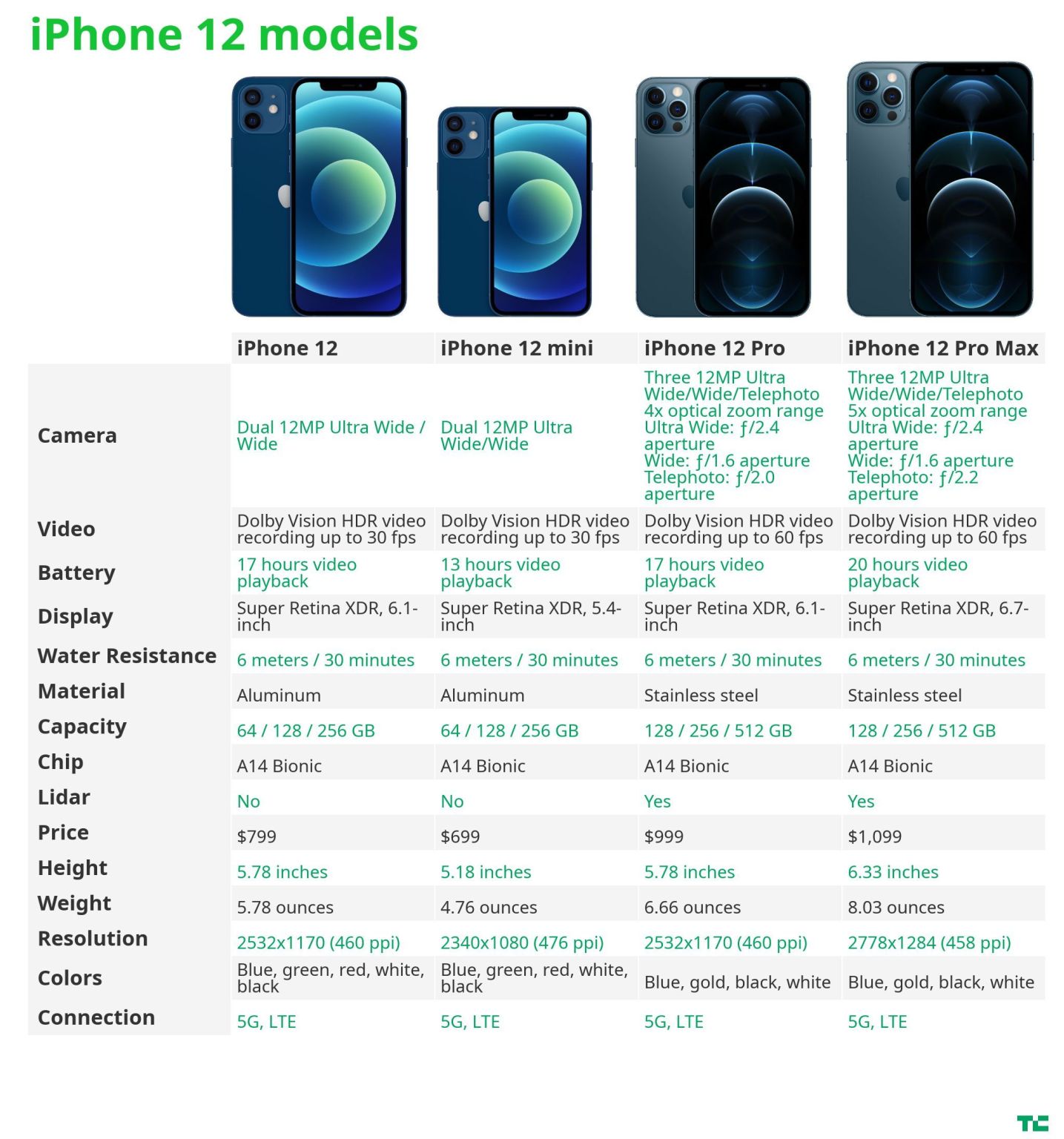 Apple embraces 5G, Facebook Messenger gets better integrated with Instagram and Kahoot raises $215 million. This is your Daily Crunch for October 13, 2020. The big story: Apple introduces the iPhone 12 Apple’s big event today kicked off with the anno...