In addition to the three award-winning narrative episodes of Vader Immortal where you explore Darth Vader’s fortress on Mustafar, the series also includes the popular Lightsaber Dojo, where players can spend hours honing their skills with lightsabers and the Force against rounds of enemies.

Somewhere in there, I also manage to find the time to play through the complete Vader Immortal series and the Lightsaber Dojo modes countless times to ensure that you, our fans, get the best experience possible! All of this has helped me gain an intimate knowledge of the experience, and the best strategies to employ to hone your skills with a lightsaber and the Force… Today, I wanted to break down some of my best tips for the Lightsaber Dojo, so you can look like a pro from day one on PlayStation VR. 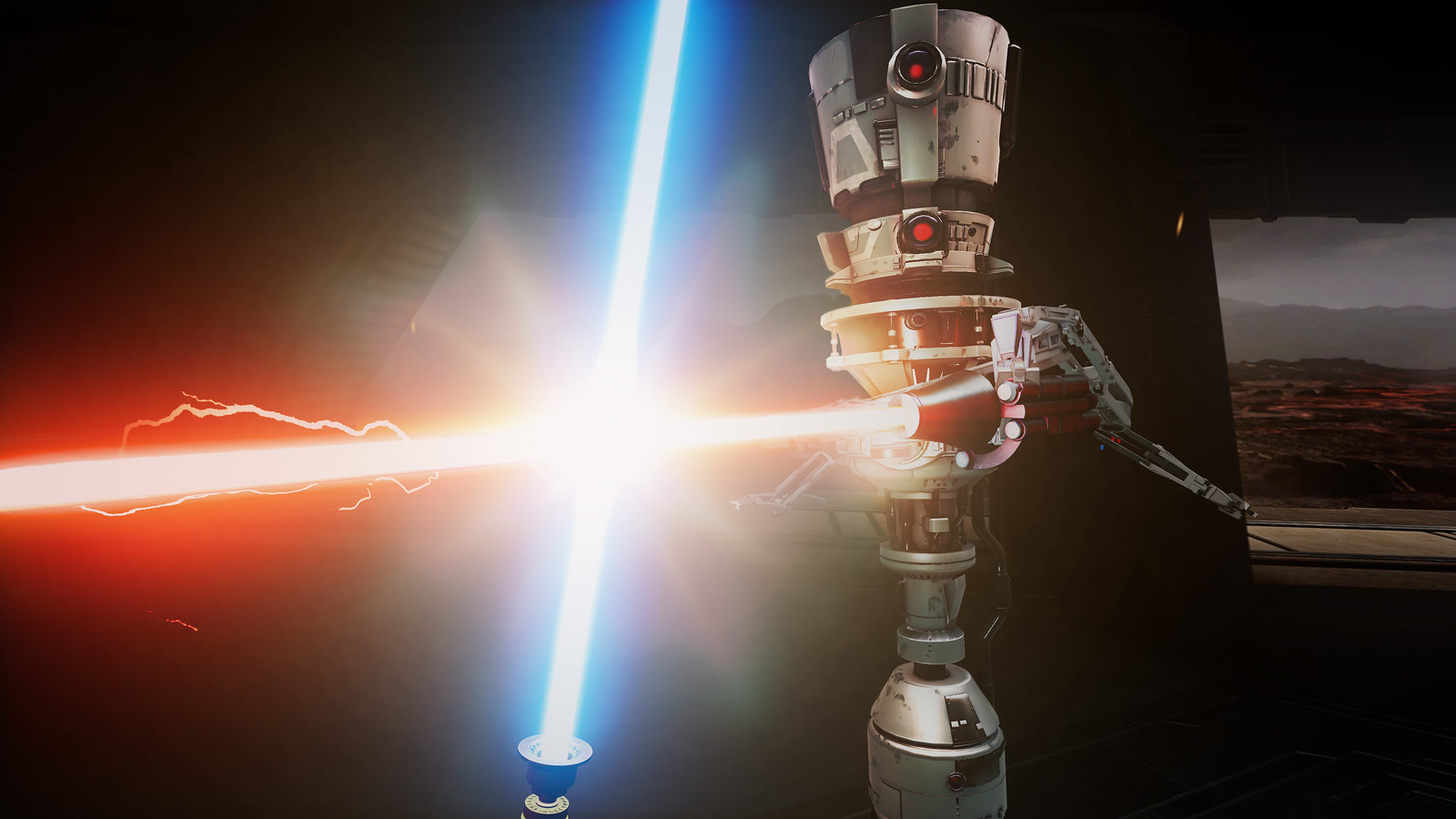 1. Save the Last Shots for the Attacking Remote

Remote droids will fire at you in volleys of three or more depending on their model. Use the lightsaber to deflect their initial shots at surrounding enemies, and deflect the final shots back, to destroy the attacking remote. This will maximize the damage you inflict.

2. Parry Strikes from Weak Octodroids to Stun Them

Swing through melee attacks from weak Octodroids to parry. This will instantly stun the droid, making it vulnerable. 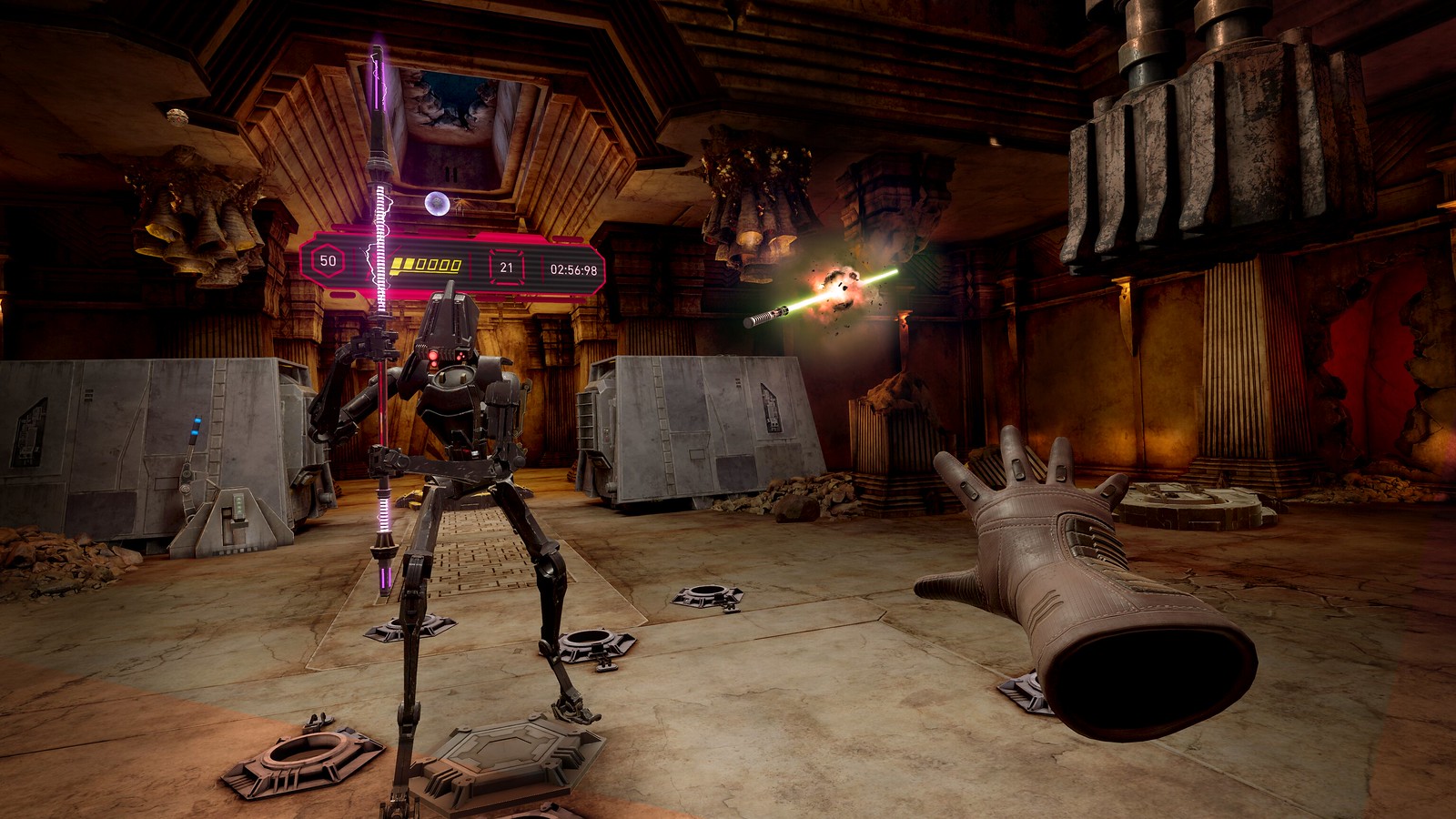 3. Riposte Quickly After a Droid Swings at You

When a droid swings its blade at you, you’ll have a chance to riposte, provided the droid is within reach. As the droid swings at you, block its strike and notice if it moved in close when it attacked. If so, immediately counter with a swing of your own to riposte. This can significantly decrease the amount of time it takes to complete a round.

4. Shove a Saber Clash to Break it

When you block an Elite Octodroid’s power attack with a solid block, it will instigate a Saber Clash. Hold your lightsaber steady, and then shove the droid’s saber to break the clash and stun the droid. You have them now.

5. Throw Enemies Into Each Other

6. Steer Thrown Lightsaber on its Return

When you throw the lightsaber, it will follow a single trajectory as it travels away from you. However, it will adjust its path to return to your hand. Try steering the saber through unsuspecting enemies, as the weapon comes back to you.

When it comes to the melee droids in the Dojo, there’s no match for a good blaster at your side. Shoot them to dispense the combatants quickly. When the blaster is spent, or you just don’t want to use it anymore, press the TRIANGLE button to discard it. 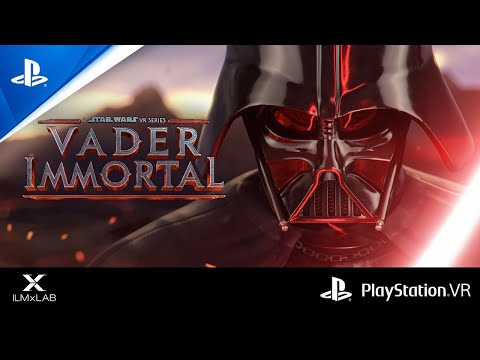 PlayStation · Official PlayStation Podcast Episode 368: Great Storytelling Email us at [email protected]! Subscribe via Apple Podcasts, Spotify, Google or RSS, or download here Despite the PS5 showcase taking place over a week ago, there were so many...