A warm welcome to all our potential Worms Rumble beta players out there, I’m Adam Findlay, Lead Designer on Worms Rumble, bringing you some of our top tips to dominate during the open beta this weekend – November 6 to 8!

Worms Rumble is the first foray into real-time gameplay for a Worms game and on what will be our 25th anniversary of the franchise. The game is a spin off from the classic turn-based gameplay seen in previous Worms titles and offers players a variety of 32-player online game modes, including Last Worm Standing and Deathmatch.

So, let’s get down to business with seven top tips to help you bury the competition in the Worms Rumble open beta. 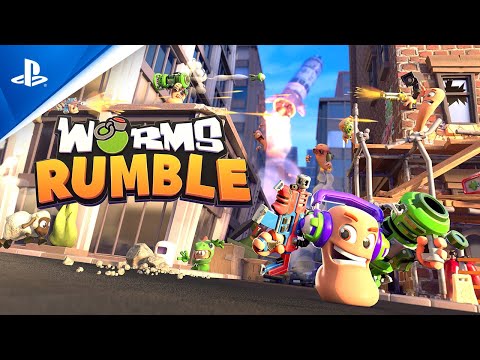 1. The Baseball Bat is your friend 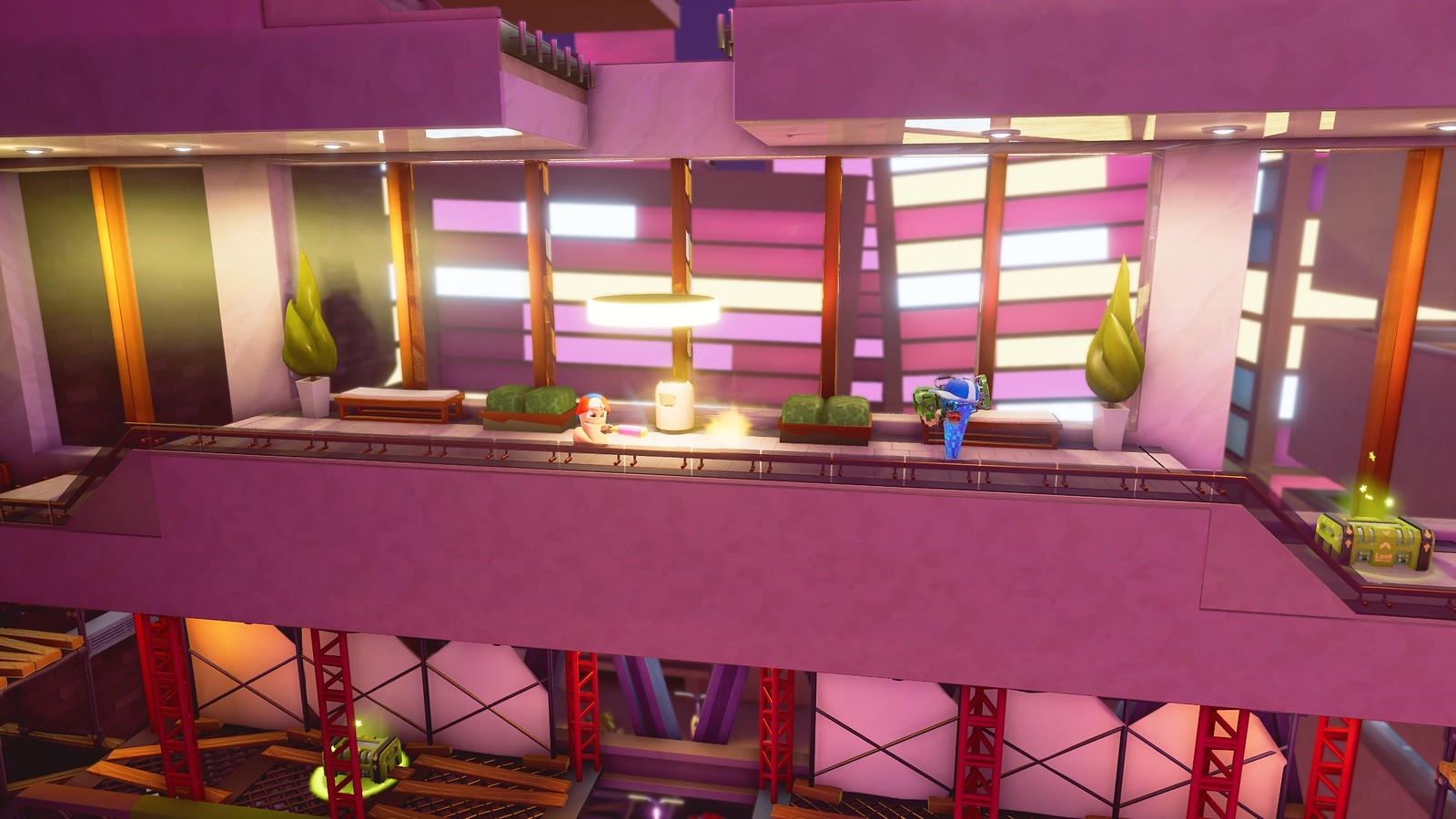 No worm should leave home without their trusty Baseball Bat! And in Worms Rumble, this is your default melee attack. Use the Circle Button to knock back enemy worms who get too close for comfort, smash down destructible objects, or get your timing just right to reflect incoming projectiles and grenades! You could use it as the ultimate finisher with a one two punch combination with a weapon. 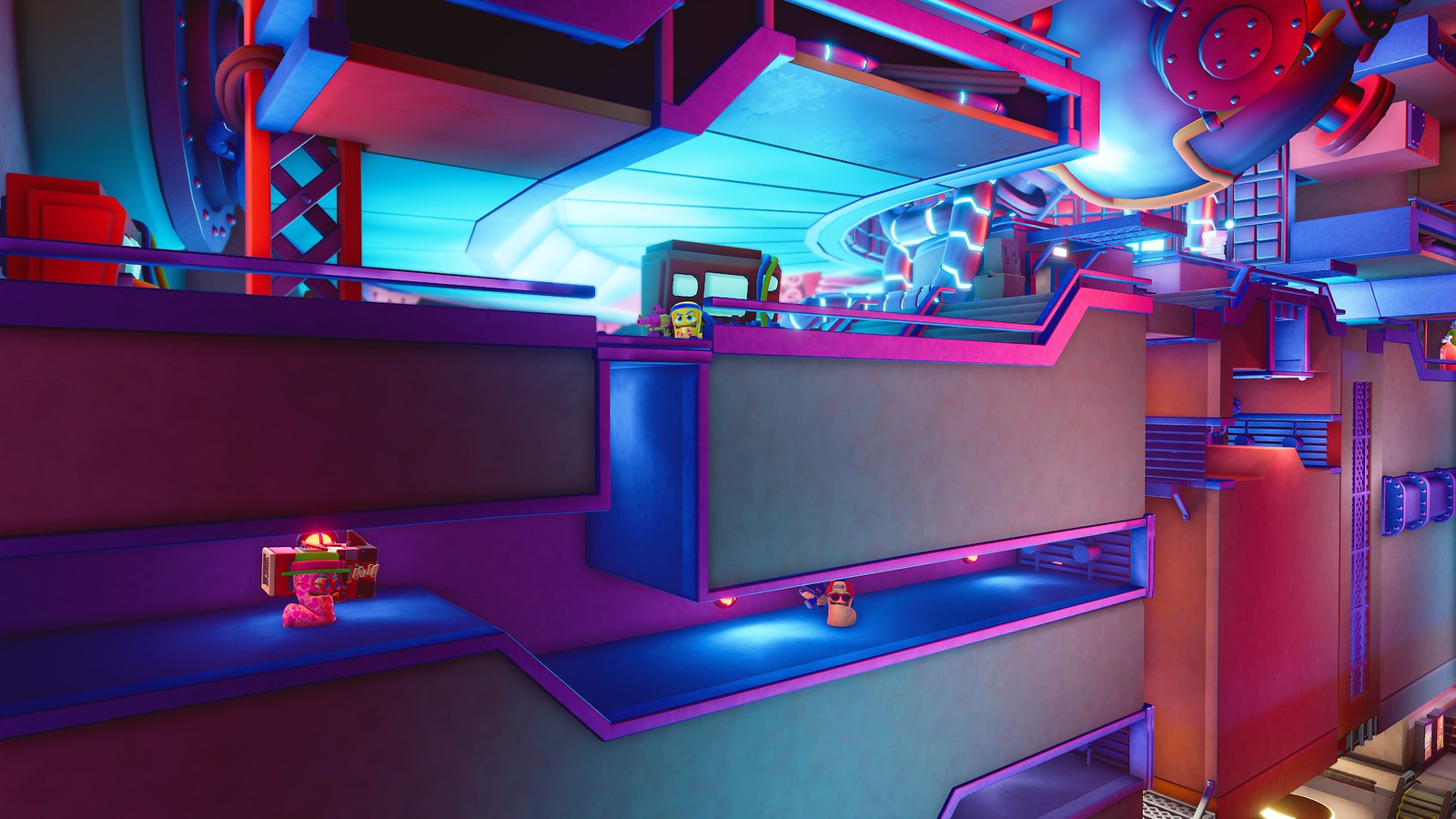 Use the hidden areas of the arenas to your advantage. When entering vents, cubicles, and certain buildings around the arenas you will be hidden from your opponents, utilise these locations to set deadly traps using the Sentry Launcher and explosives. Alternatively pop out from a hidden location at the just the right time to catch an enemy worm unawares and take them out before they can react! 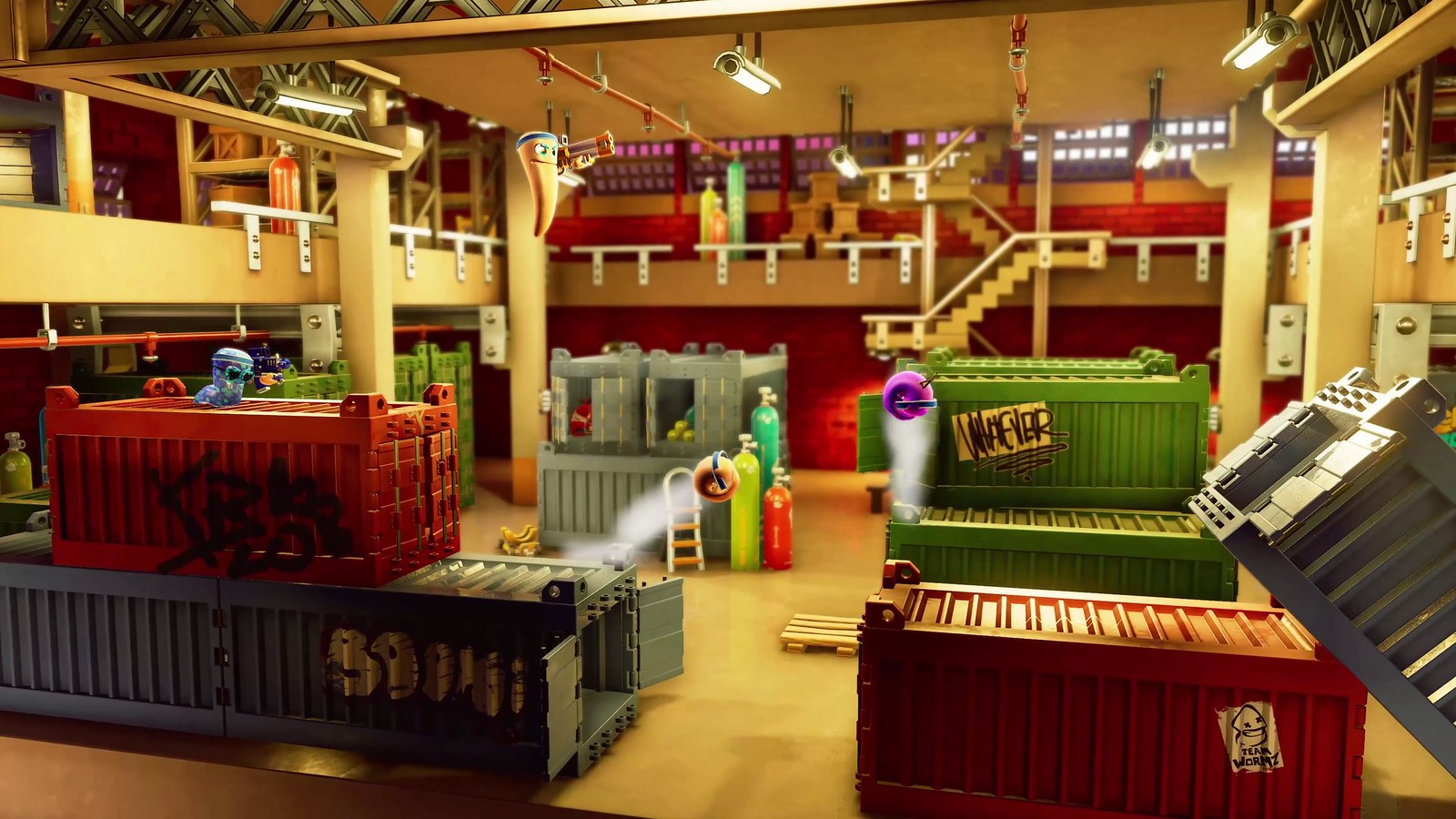 Remember, a moving target is much harder to hit! Keep mobile with rolling and wall jumping to gracefully navigate the arena and keep yourself on the move. Be careful to keep an eye on your stamina gauge to avoid getting caught out at the wrong time. The Jetpack and Grapple Gun can help you take to the skies and failing that, a well-placed shot with a Bazooka can rocket jump you upwards out of harm’s way. 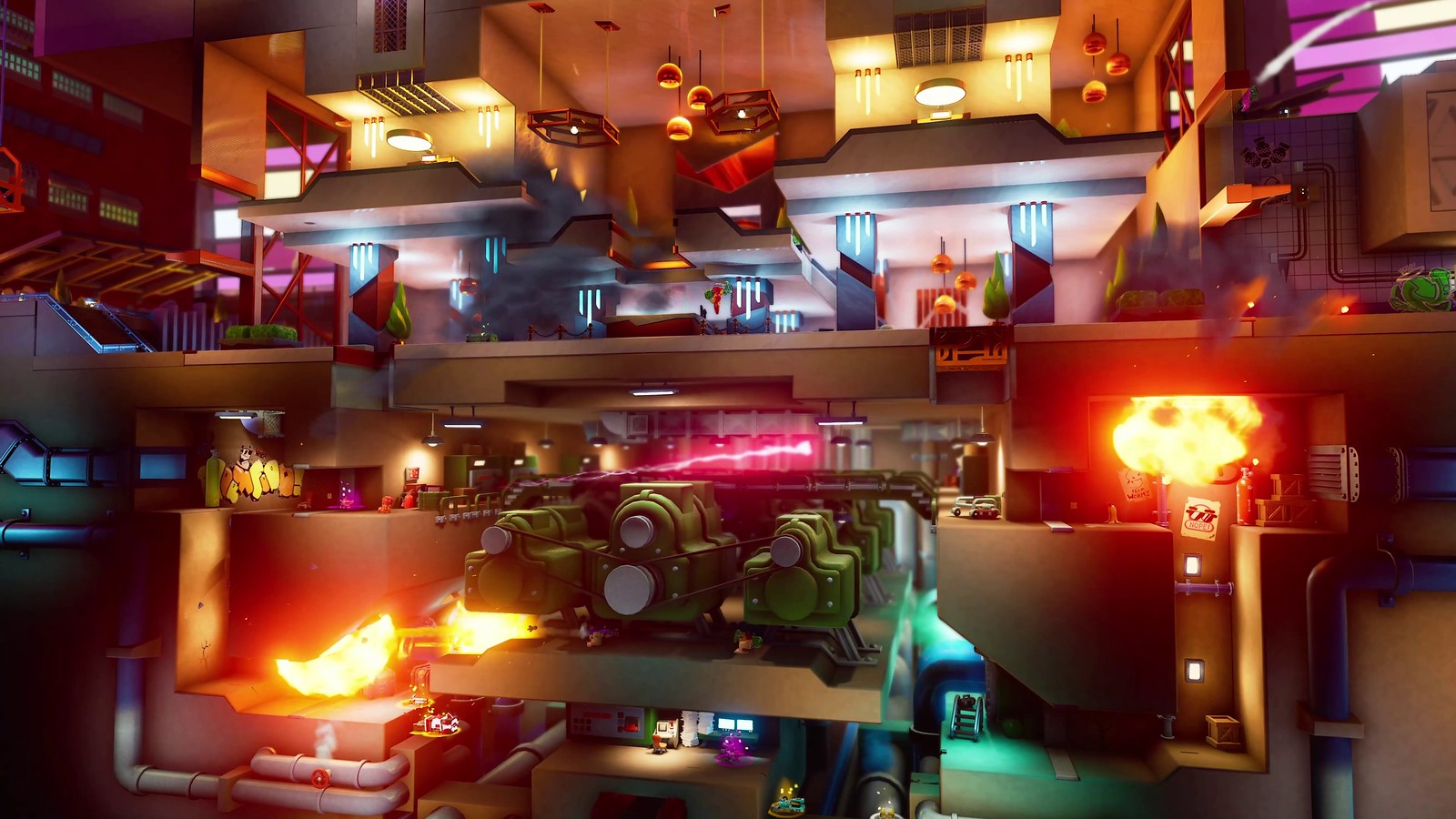 Learning the layouts of each arena is a sure-fire way to give yourself a competitive edge. How does each zone connect with one another and how many routes in and out are there? It’s a great idea to always have an exit strategy! Keep your eyes peeled for elevators, ziplines and bounce pads around the arenas that provide quick routes in and out of combat or up to higher ground. Or dive into the various vents and buildings to out-flank your opposition or to just lay low and recover between fights.

5. The right tools for the right job 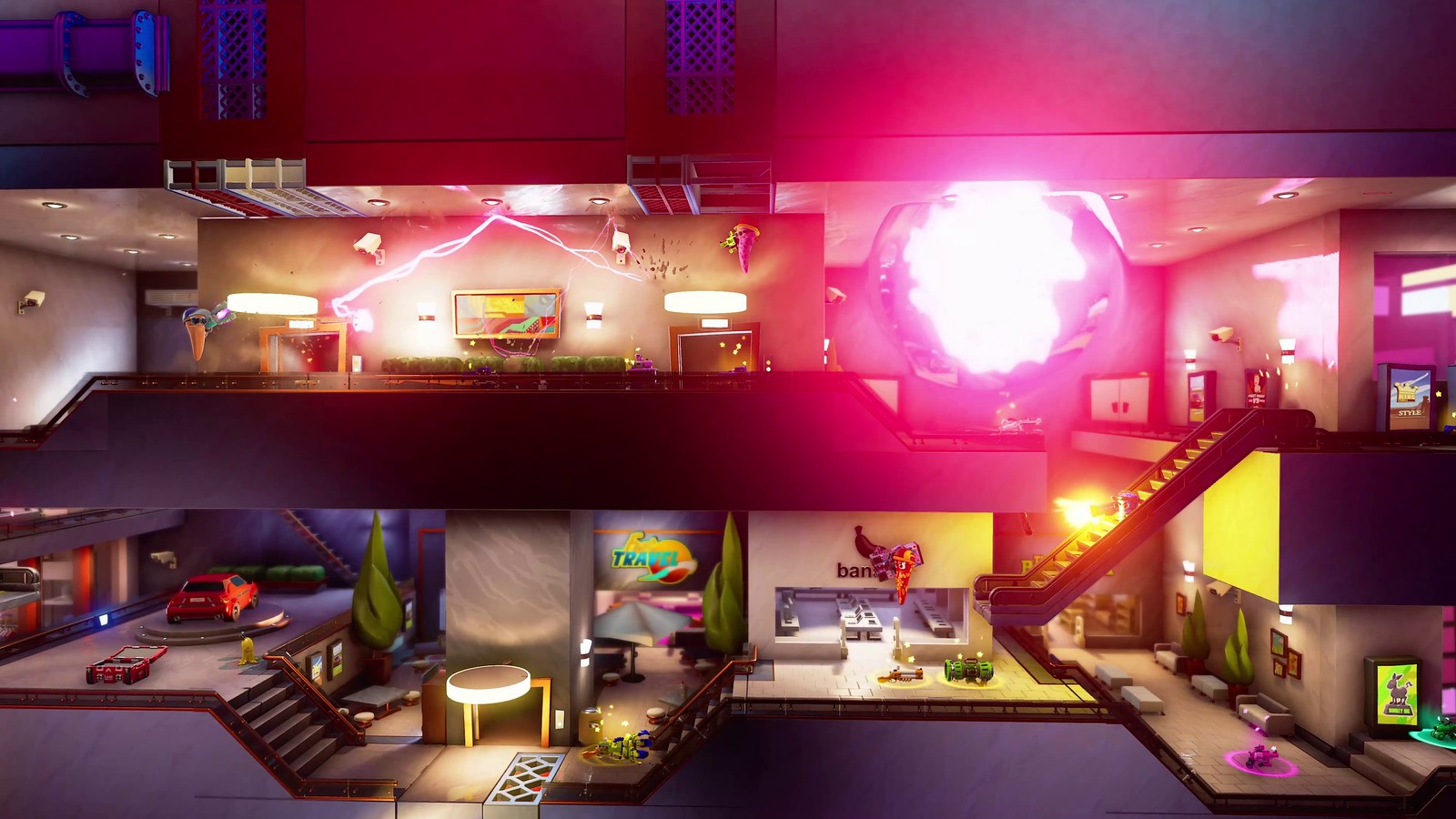 From the Bazooka to the Banana Bomb, the Sheep Launcher to the Sentry, you will find the weapon you need for all manner of situations. Stuck in a vent? Unleash an explosive sheep ahead to clear a path for you! Stumbled across a group of enemy worms? A well-placed Banana Bomb or rocket salvo from the Hammerhead will have them dealt with in no time! Trying to become the Last Worm Standing? The Rocket Shield will protect you from incoming threats, while the Sentry Launcher can set up a defensive position around you. And remember, it’s often quicker to switch weapons than it is to reload when you find yourself in a tricky situation!

6. Retreat is always an option 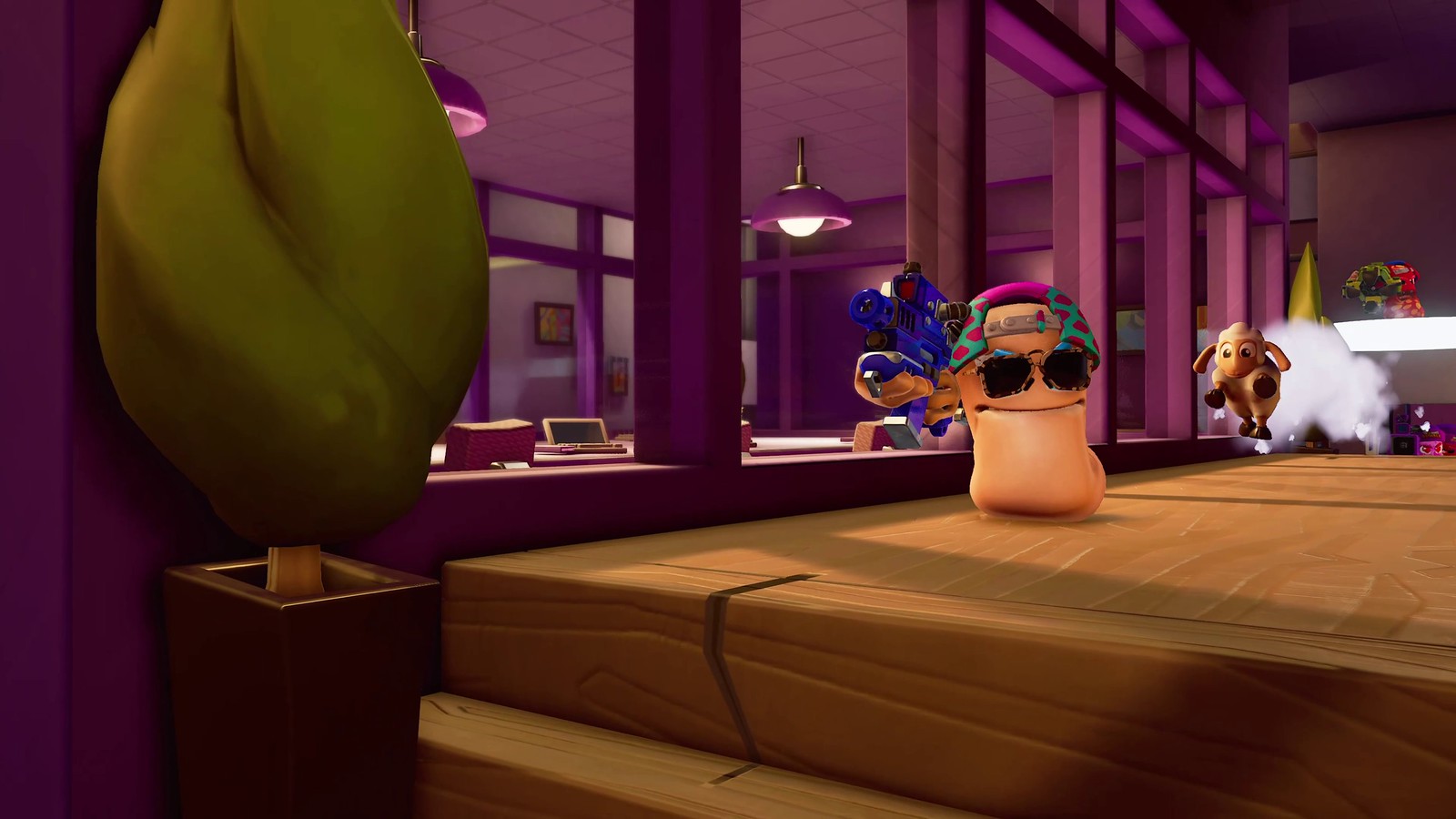 When fighting in either Last Worm or Last Squad Standing modes you only have a single life, once you are eliminated that’s it – you’re out of the game! It’s always worth considering dropping back if you find the odds against you, retreat from the fight to live another day. Once out of combat you can heal up and prepare yourself for the next engagement.

7. Keep your eye on the zone closures 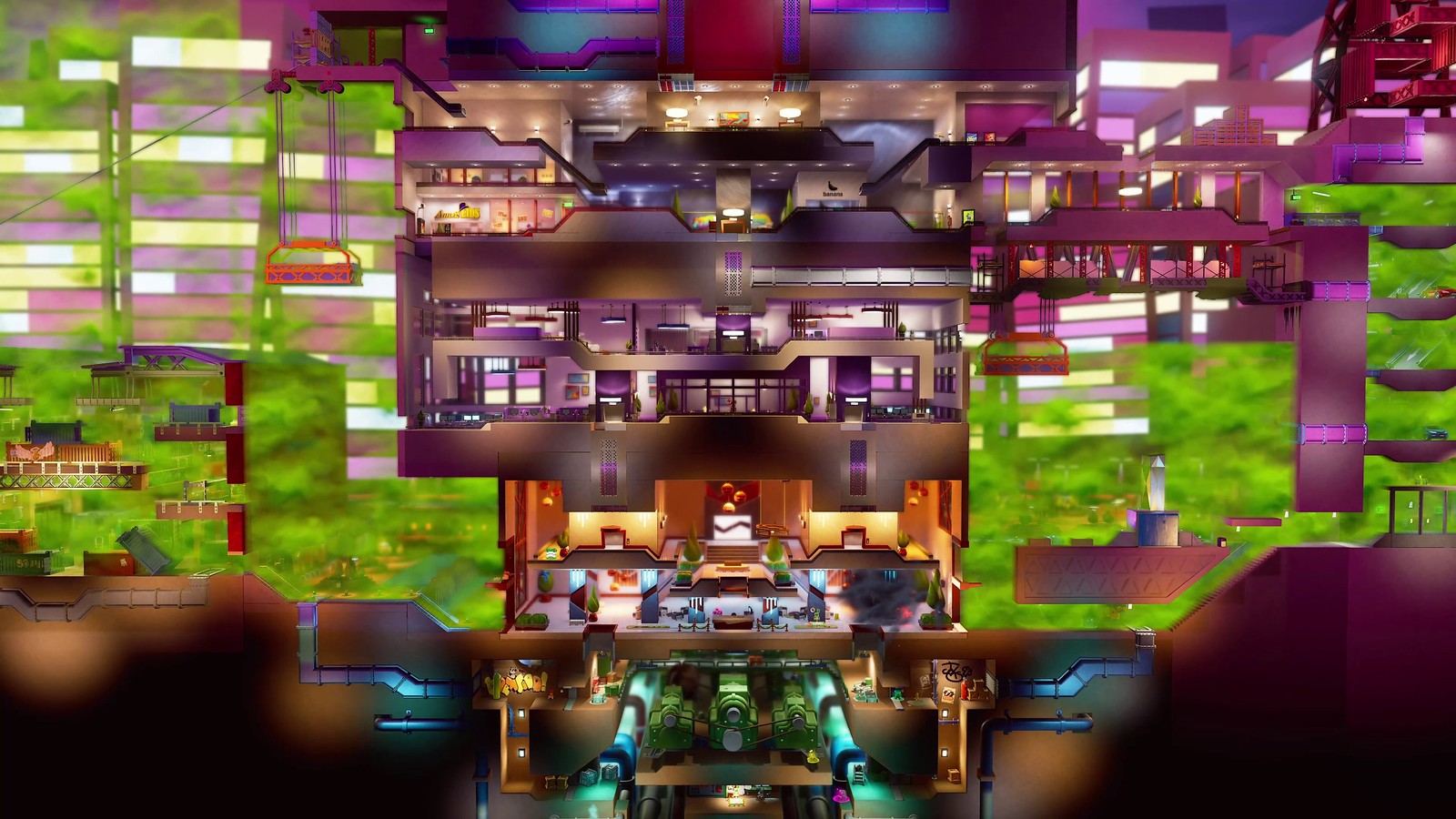 During games of Last Worm and Last Squad Standing the arena will close its twelve zones during the match. Whilst in a restricted zone you will take an increasing amount of damage over time. Keep an eye on the mini-map to get a heads up as to which zones will close down next and make sure to plan a swift exit to safety!

We hope these tips will serve you well during the open beta and look forward to seeing you all on the battlefield!

Blood & Truth: How to Script a PS VR Blockbuster

I’m Colin Harvey, Lead Writer on London Studio’s ode to action cinema, Blood and Truth. In the past I’ve worked across different media such as books, comics and audio. My games work includes writing and narrative design for Rebellion’s Sniper Elite 4...

Teyvat is a world filled with secrets and surprises at every step. With freeform movement and a fast travel system, you will be able to reach all corners of the world as you please, discover numerous scattered encampments, mysterious dungeons, and tr...