5 tips to prepare for take off in Star Wars: Squadrons, out tomorrow

Starting October 2, it’s time to master the art of starfighter combat in an authentic piloting experience with Star Wars: Squadrons. These five tips and tricks will take you from rookie pilot to galactic ace at lightspeed! 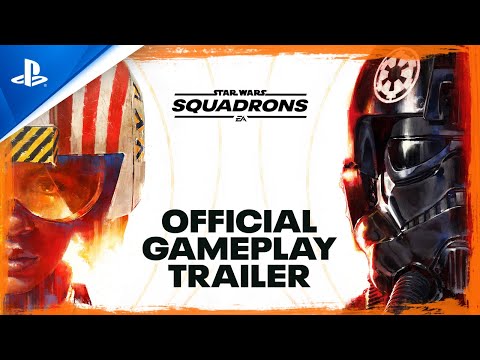 One of the most fundamental concepts that aspiring starfighter pilots must learn is power management. This system enables you to quickly divert power to your ship’s various systems on-the-fly, giving you the ability to enhance the lasers, engines, or shields.

Depending on the starfighter, you will have two or three power systems: Engine Power, Primary Weapon Power, and on certain ships, Shield Power. Using the D-pad to transfer power between the systems, will give you greater speed or quicker recharge for your primary weapons or shields. Just keep in mind that as one system gains an advantage, the performance of the other systems will be reduced. The system with added power will also begin to overcharge, eventually unlocking unique abilities such as boosting and drifting, dramatically increased destructive force, and an extra layer of shields.

Choose the right starfighter for the situation

There are four classes of starfighters in Star Wars: Squadrons: fighters, interceptors, bombers, and support – and they all have different traits and specializations.

In a match of Fleet Battles – Star Wars: Squadrons’ signature mode – you’ll want to pick the right starfighter for the right moment. The beginning of each match is focused on dogfighting between starfighters. An interceptor or fighter might be the most natural choice here. Bombers will come in handy when it’s time to assault the enemy capital ships, and support starfighters are useful in any moment to keep your team alive and stocked up.

The composition of your team is equally important as your individual choice. For example, a group of five bombers might not be the most efficient for taking on a capital ship. Having interceptors to strafe turrets and defend your bombers from enemy starfighters, or support ships to provide repairs and extra ammo, will greatly improve your odds of success.

Starfighter components allow you to tailor your ship to your preferred playstyle. Components are unlocked with Requisition points, which are obtained by simply playing the game and leveling up.

Make your A-wing perfect for stealth tactics with a Reflec Hull that prevents your enemies from targeting you at long distances and use the Targeting Jammer to remain hidden for the last stretch. The Plasburst Laser Cannon will shred your targets at close range.

Or, give your TIE fighter anti-capital ship abilities by equipping it with a Burst Cannon to bully your way through defending enemy starfighters, and a combination of both Ion and Proton Torpedoes to apply damage to the capital ship’s shields and hull.

Fleet Battles is a multi-stage contest between the five pilots on each side of the New Republic and the Empire. Each stage poses different goals and objectives. At the start of the battle, your goal is to engage in dogfights at the center of the battlefield and eliminate the enemy starfighters. Winning the skirmish pushes the front line forward and opens the opportunity to assault the enemy capital ships. When the capital ships are down, you will get a shot at your ultimate mission: to destroy the enemy flagship. The first team to destroy the enemy flagship wins the match.

Knowing how to tackle each objective is often the difference between triumph and bitter defeat.

If you’re an ace pilot you’ll want to show it off, right? In Star Wars: Squadrons, you can customize and personalize all of your starfighters, cockpits, and pilots with cosmetic items from all corners of the galaxy.

Cosmetics include starfighter paint jobs, flightsuits, helmets, items for your cockpit interior like an Ewok bobble head (!), and much more – all earned solely through playing the game.

Star Wars: Squadrons is an immersive and authentic piloting experience, and it’s one you can bring to the next level with PS VR. So put your “pilot helmet” on, buckle up, take off, and enjoy the entirety – yes, both single-player and multiplayer – of Star Wars: Squadrons in virtual reality.

You can pre-order the game right up until its release on October 2nd – more at PlayStation.com.

Lucasfilm, the Lucasfilm logo, STAR WARS and related properties are trademarks and/or copyrights, in the United States and other countries, of Lucasfilm Ltd. and/or its affiliates. © & TM 2020 Lucasfilm Ltd. All rights reserved.

Looking for a magical getaway? Yearning to embark on an epic quest? Excited about waiting in line for overpriced merchandise? Then grab a +2 plastic sword, book some dungeon-hopper tickets, and strap on your fanny pack of holding, because Heroland is...

Listen up, soldier. Warsaw — a challenging turn-based RPG set in the streets of a besieged city in the closing months of World War II — is coming to PlayStation 4 on September 29.  Watch the new announcement trailer to see what we’re up against!   I’...