13 Sentinels: Aegis Rim now releases on September 22, and will arrive on PS4 with English Voiceover as part of Day 1 patch. This Vanillaware sci-fi adventure is a beloved title here at SEGA of America, and well worth the wait!

Today I’m joined by a member of our localization team, Allie Doyon, who handled the voice recording for 13 Sentinels: Aegis Rim. She’s been in the booth for a while and has all the behind-the-scenes info.

Ari Advincula: 13 Sentinels: Aegis Rim has been winning a ton of awards in Japan. It’s even up for nomination for the Seiun Sci-fi awards, as the only video game nominated!

Can you give us a quick intro of what 13 Sentinels: Aegis Rim is about?

Allie Doyon: Sure! Honestly, this game is so unique that a straightforward explanation of the premise wouldn’t do it justice. I could sit here for hours pouring my heart out about it, but that’s part of what makes it so fun to experience for yourself. If I had to condense it down to a few themes, I guess I would say it’s a surprisingly heartfelt mystery across time, space, and human lives. You’ve got the love letter to sci-fi — giant robots, giant monsters (kaiju), suspicious men in black, the works — and then you’ve got the human elements of love, purpose, memories, and the self. Set against the gorgeous backdrop of Vanillaware’s signature audiovisual style, it’s all very compelling. 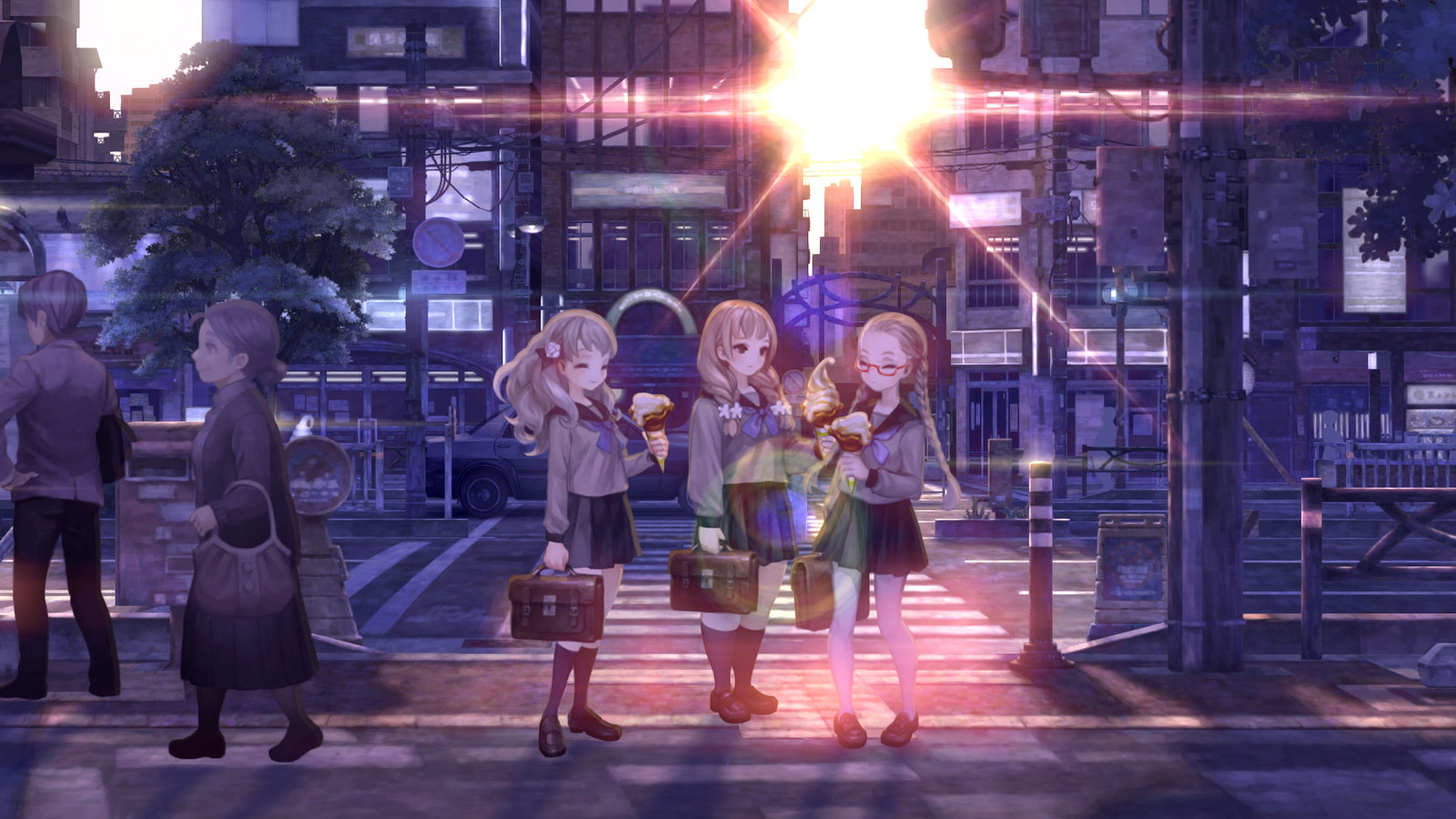 AA: There are 13 characters and 13 intertwining narratives, that’s a lot of characters. How can the player keep up?

AD: That’s part of the fun! As you play, you gradually unlock more and more of each playable character’s route. They all weave together, and you’ll start piecing together truths for one character as reveals happen in another. For example, in Iori Fuyusaka’s prologue, one of the first things that happens is she bumps into a guy named Ei Sekigahara and drops her student ID. He picks it up, and the player will notice that the ID is a key clue for him during his own story.

If you ever find yourself lost among the various plotlines and mysteries at play, there’s a whole mode called Analysis that lets you dive into it all. Analysis mode contains two parts: the Event Archive, which lets you replay almost any story scene you’ve seen, and the Mystery Files, which function like an unlockable glossary collecting the facts as you know them thus far. Browsing through these is a great way to sit down and put all the puzzle pieces together as you play.

AA: What has it been like handling VO during quarantine?

AD: Oh man, it’s been quite an experience, haha. We started out recording as usual at the studio, but it wasn’t long before COVID-19 forced us out of that close-quarters environment. Everyone involved, especially the studio owners, engineers, and actors themselves had to come up with alternative solutions to get the job done. Actors’ safety is paramount — they need healthy lungs to do their jobs! — but nobody wanted to give up on this game’s incredible English voice track, either.

It took some time to work everything out, but ultimately, we ended up recording the rest over video conference call. It’s not as simple as just calling in and talking — we needed studio-quality audio recordings, a way for the audio engineers to work with said recordings on the spot and afterwards, and a way for each actor to view the director’s screenshared script at a readable size. To help achieve that studio quality, actors set up makeshift studios in their own homes, which sometimes meant getting cozy in a closet with a nice mic! Needless to say, there were a lot of technical complications, but everyone really went the extra mile to make it happen. 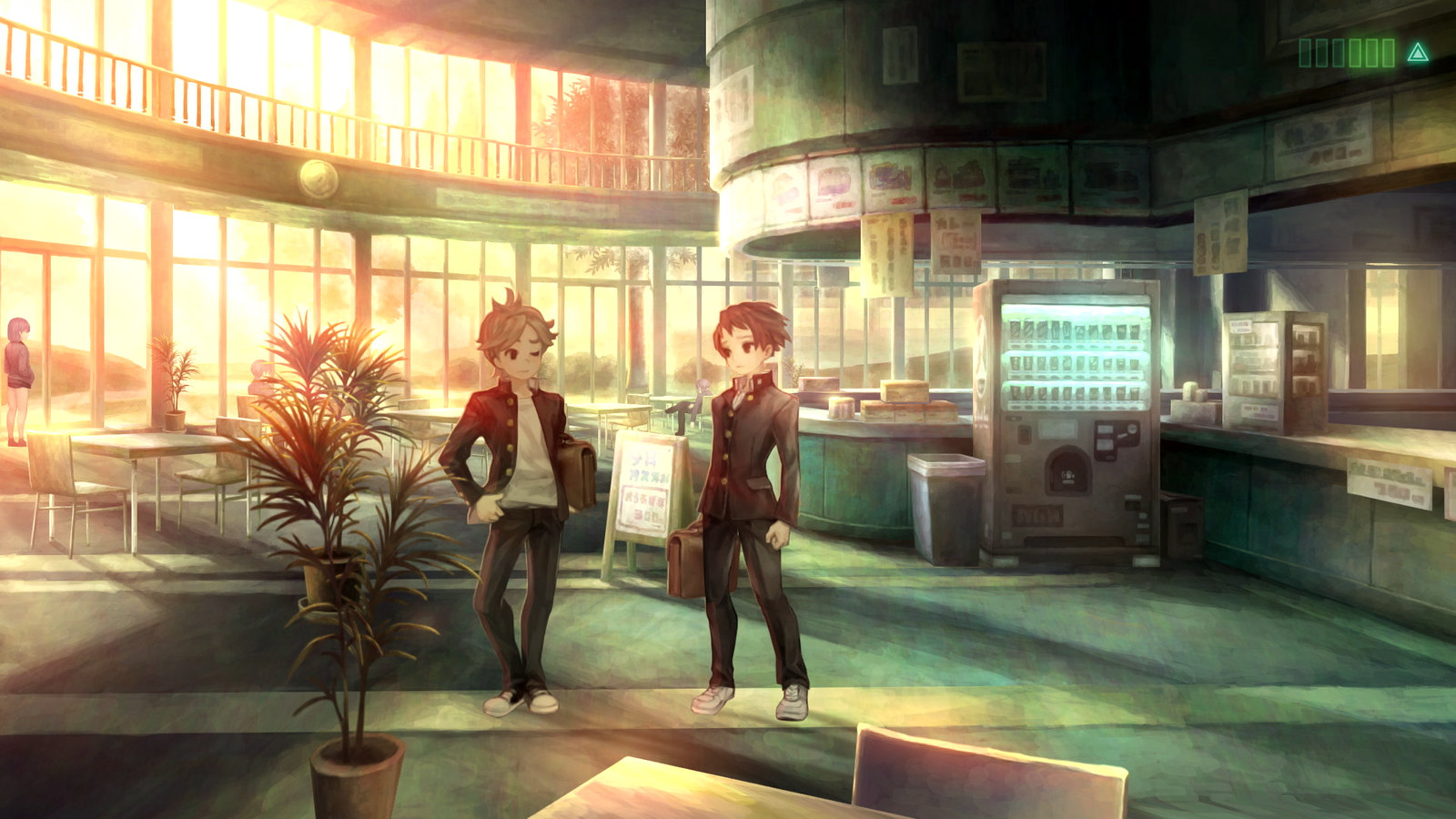 AA: Do you have any special stories you’d like to share about working with the voice actors?

AD: If you think the story of 13 Sentinels sounds complex, just imagine what our voice director had to say to explain it to each actor as they entered the booth! I lost count of the number of times “wibbly-wobbly, timey-wimey” was said over the course of recording. Since there’s no single “main character” of this game, each actor only saw their own side of the story, leaving many of them excited to see how it all comes together in the end.

Without giving away any spoilers, I’d also like to say that certain aspects of this game presented an incredible acting challenge, and I’m so impressed with how well they all nailed it! There’s a real showcase of talent here, and I can’t wait for everyone to play it and find out what I mean.

AA: Any final message for the PlayStation Blog readers?

AD: Do you like food? I like food. Vanillaware likes food. Takatoshi Hijiyama from 13 Sentinels: Aegis Rim likes food. If this game doesn’t make you want to urgently find someplace to buy yakisoba pan, I don’t know what will.

If you’re looking for something fresh and interesting, give 13 Sentinels a try! It’s one of my favorite games I’ve ever worked on in over nine years in the industry, and we all put our hearts into doing it justice. I genuinely love each and every character in the game, and I hope they’ll grow on you as much as they did on me.

Thanks for your time, Allie! 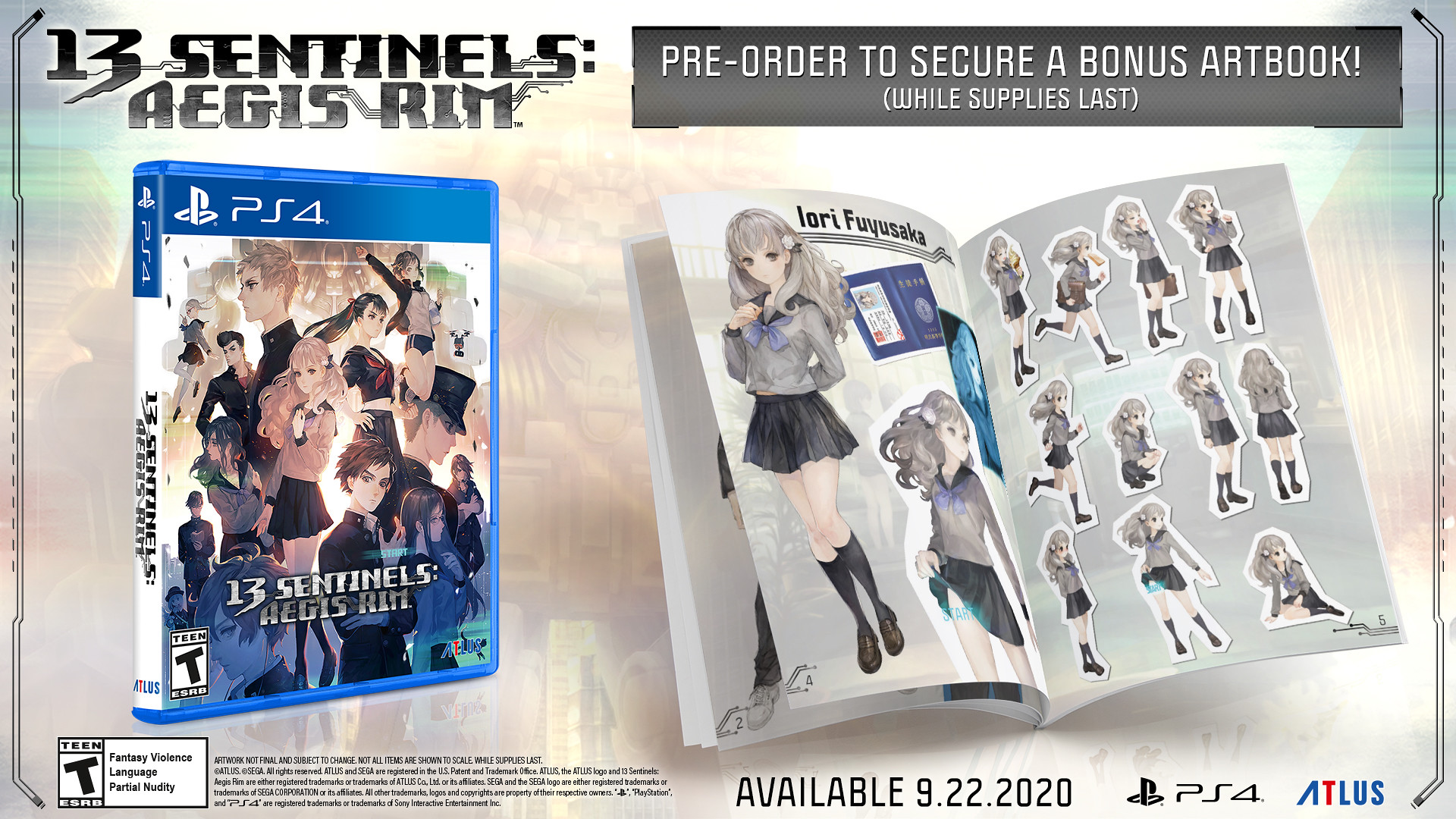 How many of you are big fans of Animal Crossing? We certainly are, so much so that it inspired us to make our own game. Our fresh take on the concept is Castaway Paradise, coming to PS4 July 31! The story is simple: you’ve been caught up in a storm,...

Uncovered: Final Fantasy XV is a wrap! For months we’ve been teasing what we were going to do with a mysterious “March Event” with the hope that we would announce the release date for the next Final Fantasy.