After months of prototyping and judging, Mozilla and the National Science Foundation are fueling the best and brightest ideas for bringing more Americans online

Today, Mozilla and the National Science Foundation (NSF) are announcing the grand prize winners in our Wireless Innovation for a Networked Society (NSF-WINS) Challenges — an audacious competition to connect millions of unconnected Americans.

The grand prize winners are as novel as they are promising: An 80-foot tower in rural Appalachia that beams broadband connectivity to residents. And, an autonomous network that fits in two suitcases — and can be deployed after earthquakes and hurricanes.

Says Mark Surman, Mozilla’s Executive Director: “We launched NSF-WINS in early 2017 with the goal of bringing internet connectivity to rural areas, disaster-struck regions, and other offline or under-connected places. Currently, some 34 million Americans lack high-quality internet access. That means 34 million Americans are at a severe economic, educational, and social disadvantage.”

“Now — after months of prototyping and judging — Mozilla and NSF are awarding $1.6 million to the most promising projects in the competition’s two categories. It’s part of Mozilla’s mission to keep the internet open and accessible, and to empower the people on the front lines of that work.”

Says Jim Kurose, head of the Directorate for Computer and Information Science and Engineering (CISE) at the NSF: “By investing in affordable, scalable solutions like these, we can unlock opportunity for millions of Americans.”

The NSF-WINS ‘Off the Grid Internet Challenge’ $400,000 grand prize winner is… 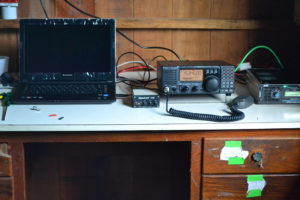 When disasters strike, communications networks are among the first pieces of critical infrastructure to overload or fail.

HERMES bonds together an assortment of unexpected protocols — like GSM and short-wave radio — to fix this. HERMES enables local calling, SMS, and basic OTT messaging, all via equipment that can fit inside two suitcases.

“In an emergency, you want to be able to tell people you’re okay,” the Rhizomatica team says. “HERMES allows you to tell anyone, anywhere with a phone number that you’re okay. And that person can respond to you over text or with a voice message. It also allows someone from a central location to pass information to a disaster site, or to broadcast messages. We can now send a text message 700 miles through HERMES.” 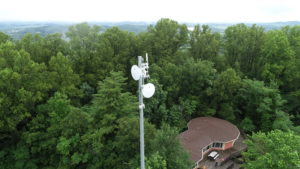 Many communities across the U.S. lack reliable internet access. Sometimes commercial providers don’t supply affordable rates; sometimes a particular community is too isolated; sometimes the speed and quality of access is too slow.

SCCN leverages infrastructure and community to fix this and bring broadband to rural Appalachia. SCCN uses an 80-foot tower that draws wireless backbone from Knoxville, TN via the public 11 GHz spectrum. The tower then redistributes this broadband connectivity to local communities using line-of-sight technology. This tower is owned and operated by the local residents.

“When you live in the rural South, your kids’ education, your next job, your healthcare, and your right to a political voice all are limited by slow, expensive, unreliable, and corporate-controlled internet connectivity — and that’s if it exists at all,” says Allyn Maxfield-Steele, Co-Executive Director of the Highlander Center. “So we’re claiming internet like the human right it has become. We’re building a local digital economy governed by us and for us.”

In addition to these two grand prize winners, Mozilla and the NSF are awarding second-, third-, and fourth-place prizes in each category. The winners are:

Note: In February 2018, Mozilla and the NSF announced the first batch of winners: between $10,000 and $60,000 in grants for 20 promising design concepts. See those winners here.