Before rolling out vaccines to Black Canadian communities, advocates call on governments to rebuild trust

Before rolling out vaccines to Black Canadian communities, advocates call on governments to rebuild trust

Patrick Shaw knows leading by example in his northwest Toronto community can mean the difference between life and death.

“One of the first things is when I told people to start taking it, they said ‘Patrick, if you don’t take it, then I’m not taking it,'” Shaw told Global News.

The “it” he’s referring to is the Moderna vaccine. The community outreach worker got the jab two weeks ago, and shared the process to his Instagram page with the hopes of allaying any doubts or suspicion his fellow community members might have over its safety.

A COVID-19 survivor himself, Shaw says he’s seen up close the trail of deadly destruction the coronavirus has left behind in Toronto’s northwest neighbourhoods, where he’s spent the last 25 years. Home to one of the largest Black and Brown populations in the city — many of them essential workers — living in densely-packed neighbourhoods, the area has consequently had some of the highest positivity rates in Toronto.

“They’re shuttling back and forth in packed buses, but they’re also, some of them, having multiple jobs to survive,” said Cheryl Prescod, the executive director of the Black Creek Community Health Centre, which has been servicing the area.

“So therefore the transmission of the virus is highly likely.”

It is a scene that is replayed right across Canada, with tragic consequences. Data from a Statistics Canada report from the first wave revealed COVID-19 mortality rates were two times higher in Canadian neighbourhoods with higher proportions of racialized residents. Zero in on populous Ontario cities like Toronto? Black people accounted for nearly a quarter of COVID-19 cases, despite only making up nine per cent of the city’s population, according to city data from late 2020.

But despite being among those hardest hit by the virus, many Black Canadians seem to be eyeing the vaccine, which has been billed to protect them, warily. According to Toronto Public Health, the highest rates of hesitancy towards the COVID-19 vaccine are among Black people at 30 per cent. That skepticism, Prescod says, comes from a legitimate place: a lack of trust in the system.

“Folks understand that Black people have not been treated well,” said Prescod. “They’ve been utilized as guinea pigs for experimentation in the past.”

Prescod is referring to a long, troubled history of wrongdoings against Black communities by medical science — Black bodies, being subject to horrific abuses, exploitation and experimentation, often unwittingly. Perhaps the most frequently cited example of this of late: the “Tuskegee Study of Untreated Syphilis on the Negro Male” as it was called. The study, which ended in the ’70s, was conducted on Black men from Alabama without their informed consent, where they were denied treatment for syphilis even when penicillin became available to treat and cure the disease.

Medical experts and activists say it’s a dark legacy that has continued on into present-day systemic racism in Canadian health care.

“People have said they felt that they didn’t get the care that they wanted when they went to hospitals within Canada, that perhaps some people underestimated the amount of pain relief that they needed,” Dr. Upton Allen, head of infectious diseases at Sick Kids Hospital, told Global News.

“There’s a study that was published in the United States last summer that indicated that when Black babies were cared for Black physicians, they were much more likely to survive than when the physicians were white.” 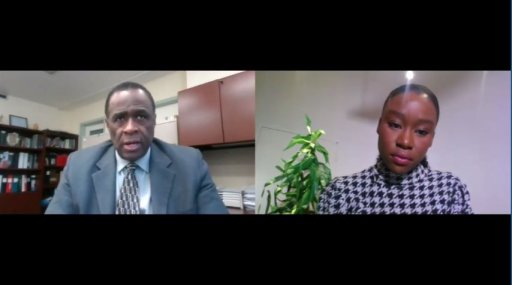 Dr. Upton Allen, head of infectious disease at Sick Kids Hospital is leading a study on racial disparities in COVID-19 cases. On a zoom call, he shares some reasons why Black Canadian communities are mistrustful of Canada’s health-care system.

Those are just a few of many examples, Prescod says, that continue to feed the mistrust of the health-care system in the Black community.

“If a government has, in their opinion, mistreated them and not treated them well, should they listen to them? Should they trust them and take that vaccine?” Prescod said, describing the concerns she has heard. “Will it harm them?”

Advocates acknowledge undoing the decades of distrust and trauma heaped upon the Black community won’t happen overnight. But they say local governments and public health officials can start by taking real, lasting action to address the root issues and rebuild trust — starting with improved, equitable health infrastructure that is accessible to all.

“(They can start) by making sure that anti-racism principles, inclusion, belonging, becomes intrinsic to health care delivery across all sectors… from primary care to tertiary care,” said Akwatu Khenti, a health and policy equity expert at the Dalla Lana School of Public Health.

Khenti, who has been helping to advise the City of Toronto, currently serves as chair of Toronto’s Black Scientists’ Task Force on Vaccine Equity. The task force is part of the city’s newest initiative to reduce COVID-19 cases and address vaccine hesitancy among Black communities through its Black Community COVID-19 Response Plan.

“You should be able to go into an emergency room, a primary care clinic, a general hospital and receive the same quality of care, whatever your racial background, but the only way to do that is to actually keep race-based data for equity purposes,” said Khenti. “(Then) analyze that… data to see if there are any trends, any issues that need to be addressed and be sure to address it when it appears.”

“Inadequate housing, jobs that are precarious, that do not give them the access to paid sick time — all of these are structural, systemic that need to be overcome,” said Prescod. “Right now it is COVID, but in 50 years or another 100 years, there may be another pandemic.” 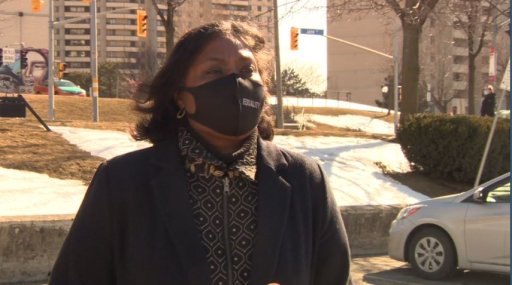 As for Shaw, he says to help soothe skepticism and protect these vulnerable communities, community outreach will be critical. He says he is calling on governments to ensure trusted community ambassadors and leaders are included in every stage of the vaccine rollout, so that the message will be communicated in a way that doesn’t further racial stigma or harm.

“We have to change the narrative and make sure people like myself, Black people in the community who have been doing the work, are the ones at the forefront telling the story — but we also have to be educated in the process,” said Shaw. “If we’re not educated… we can’t tell (our community members) something that we don’t know about.”

When it comes to vaccine rollout strategies, Prescod is calling on the government to use an equity lens — one that doesn’t only target age.

Her recommendation is echoed in the results of a recent report by Ontario’s science advisory table, showing a shift to vaccine prioritization based on postal code and age would save more lives, be more equitable and flatten the curve more quickly.

For Shaw, it all underscores the message that what affects one affects all.

“If you don’t take care of it in this community, it’s going to spread to other communities, right?” said Shaw.