The situation has changed since the COVID-19 pandemic first hit Saskatchewan, but semi drivers keep on trucking on the route to recovery.

When No. 1 Scoop owner Janis Entem heard back in March 2020 that truck drivers hauling trailers were having a hard time due to public health restrictions on restaurants, she made the decision to act.

The ice cream shop opened almost a month and a half early to become a makeshift truck stop in order help out members of the transportation industry along Highway 1 in the village of Tompkins, roughly 320 km west of Regina.

“It was really good … a lot of the truck drivers stopped and supported the business and I helped them out,” she said.

“And then I had a lot of people that contacted me and said, ‘You know what? I want to send you some money and use it to buy some of the truck drivers a meal,’ so that was really awesome too.” 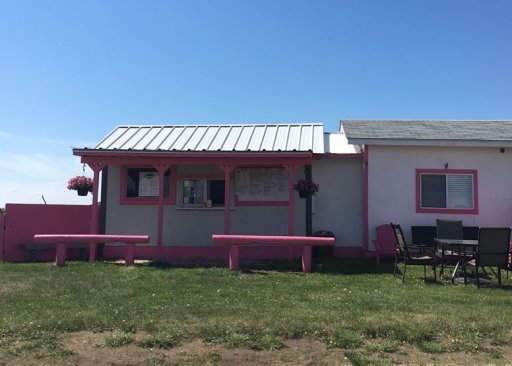 The owner of No. 1 Scoop in Tompkin, Sask., made adjustments in 2020 to help out semi drivers during the COVID-19 pandemic.

Manager of policy and government relations at Saskatchewan Trucking Association (STA), Jordan Ewart, said it was No. 1 Scoop that got the ball rolling last year.

“In hearing about some of the poor initial treatment of professional drivers once COVID came and it was so new to everyone. (Entem) really wanted to be able to provide some sort of solution or provide like a good deed,” he said.

“It really just kick-started (a trend) and we ended up being able … put together a really good list of all sorts of different deals and good deeds that were being offered.

“You can’t just take a commercial vehicle through a drive-thru so certainly different businesses were opening up and having some exceptions to truck drivers coming into their businesses so they can eat and take a rest and just get off the road for a few minutes.”

Ewart said the act of kindness didn’t go unnoticed by drivers who have faced stigma during the pandemic.

“A bit of a negative image or stereotype around truck drivers … initially, there was a lot of individuals out there saying, ‘this is where a large part of COVID-19 cases were coming from’ and that’s just not the case,” Ewart said.

“Initially, I mean, drivers were being denied access to basic needs, such as washrooms. So as this word really got out, the amount of businesses that started reaching out with different deals, access to their facilities, to their bathrooms as well.”

The national Thank a Trucker campaign was started last year by the Canadian Trucker Alliance as a way to highlight the drivers’ efforts on social media and generate kindness on highways. Fast-forwarding over a year to today through the ongoing pandemic and truckers have continued to transport cargo to Saskatchewan.

“I think it’s fair to say that maybe professional drivers have lost some of that early glory that they were getting. So certainly the Thank a Trucker campaign is something that although it never really ended, it’s definitely something that probably could be improved on,” Ewart said.

“To really highlight the essential role that professional drivers have played during COVID-19 and even think about it now today, I mean, drivers are carrying the vaccine to hospitals and to different health centres.”

“They’ve continued to, well, keep trucking really and certainly that shouldn’t get lost on everyone … Grocery stores are still being filled, we have overflowing ICUs and important resources are being sent to these places by truck. So definitely their role in this pandemic has been important and shouldn’t fall by the wayside,” Ewart said.

Besides around $400 in donations, Entem said she also received a lot of positive feedback.

“Oh my gosh … drivers in the (United) States that don’t even come into Canada contacted me and said, ‘Thanks, that’s a great thing you’re doing,’” Entem said.

“A couple of weeks ago I started getting calls from people wondering when I was going to be opening and one truck driver going through, he said, ‘I’m hungry’ and I said, ‘I’m not open yet.'”

“The difference this year is last year the restaurants couldn’t be open in Saskatchewan (due to the COVID-19 lockdown) so now they can. That’s why I made the decision to go back to my regular dates (May 10 to Sept. 30).”

Ewart said there are roughly 150 trucking companies that have operations in the province and over 90 per cent of goods are moved by semi.