Several tenants’ rights organizations and supporters took to the streets of Montreal on Saturday afternoon to demand better rent control and better laws to protect tenants across the province.

Hundreds of demonstrators showed up at Parc Metro station in Park Extension to show their support and send a message to the provincial government.

According to housing advocates, there is no real rent control in Quebec and many tenants don’t know the laws when it comes to rent increases. 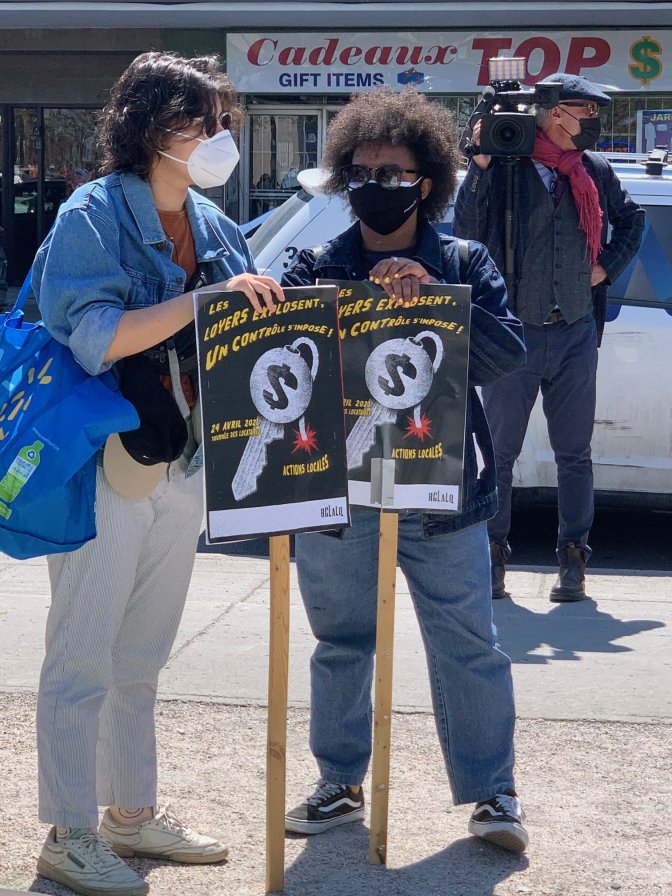 Housing organizations across Montreal held a demonstration on Saturday afternoon to call for better rent protection for tenants and more social housing.

“The burden of contesting a rent increase falls squarely on the shoulder of tenants and a lot of tenants decide not to do it.” Says Amy Darwish with Comité d’action de Parc-Extension.

Maxime Roy-Allard, a spokesperson for Regroupement des comités logement et associations de locataires du Québec (RCLALQ), says there are guidelines that are published every year by the Tribunal administratif du logement, but it’s not enough.

“They aren’t mandatory,” he says. “We want them to be mandatory so that landlords can not increase above them.”

Roy-Allard referred to laws in Ontario as an example of where rent control is mandated much better.

But it’s not just rent increases that are a problem.

Many tenants face the fear of renovictions, a practice that is becoming all too familiar in Montreal.

In some cases, tenants are afraid to ask for repair work out of fear they will be evicted. In Marc Legault’s case, his roof is leaking at his Ville-Emard apartment and his landlord is stalling on fixing it.

“I’m worried if I push too hard, he’ll say we need to fix a bunch of things in the apartment and make me leave,” says Legault. “I’m looking at the apartment market in Montreal right now and it’s not looking so good.”

The current vacancy rate in Montreal is about 2.7 per cent, according to the Quebec Landlords Association.

“We need the Quebec government to put more money into social housing units so there will be real affordable housing for low-income tenants,” adds Roy-Allard.

Many organizations are also pushing for a rent registry — an online database renters can use to see how much the previous tenant was paying.

According to rentals.ca, the average monthly rent for a one-bedroom apartment in Montreal is about $1,400.