Kari Cole started her “trading up” process with an orange elastic asparagus band.

The 12-year-old’s end goal is car, something she is hoping to one day use for herself. 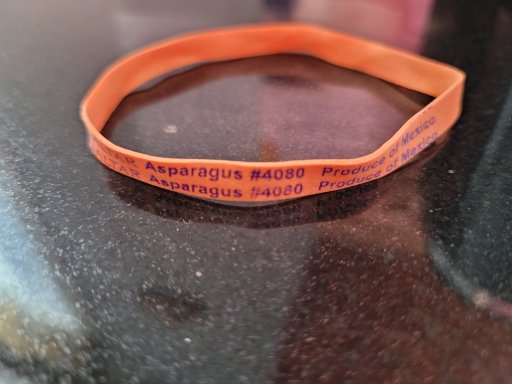 The orange elastic asparagus band that Kari Cole started her trading experiment with.

She doesn’t have any specific car in mind, just a “good car,” she told Global Regina.

Read more: Saskatchewan man looking to trade up from deck of cards to Tesla Cybertruck

Cole was inspired to start the experiment after she watched a video at school about a man who started with a red paper clip and managed to trade items all the way up to a house in Kipling, Sask. 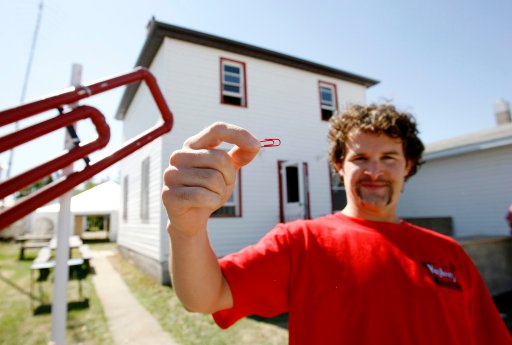 Kyle MacDonald holds up a red paper clip in front of his house in Kipling, Sask. on Friday, Sept. 1, 2006. The small Saskatchewan farming town is rolling out the red carpet for a weekend-long house-warming party for Kyle MacDonald, who traded up from a red paper clip all the way up to a house. (CP PHOTO/Troy Fleece)

She then brought the idea to her mom.

“She though it was really cool and it was something to do during COVID,” Cole said.

Cole was able to trade her elastic band for a motorcycle helmet, a bike, and then a laptop and now an acoustic guitar.

Cole’s mother, Nicole, has started a Facebook page for the experiment called the Trading up experiment.

Kari hopes people will follow the page to learn more about her experiment.

“I’m hoping they would be happy about it…because this is kind of a boring time where you can’t do anything,” Kari said.

Nicole said she was really excited when her daughter brought up the experiment. 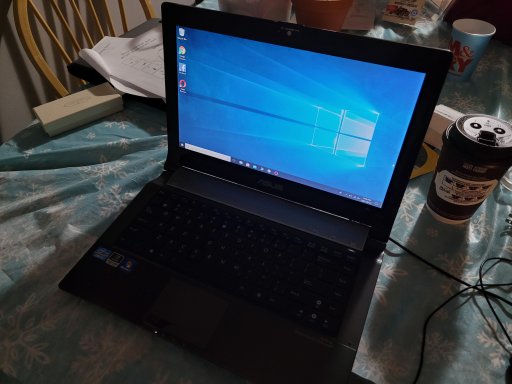 A laptop that Kari Cole managed to acquire in her trading up experiment.

Nicole said she created the Facebook page on behalf of Kari because people wanted to keep track on how her trading was going.

Nicole said she was surprised to hear her daughter wanted to end up with a car.

“At first she wanted roller skates, and then I guess she changed her mind and decided that a car was what she was looking for,” Nicole said.

Nicole added that Kari is young and she may change her mind again, but she’s glad her daughter made a goal for herself.

Open Post: Hosted By Oscar Nominee Glenn Close Who Did Not Win A Razzie!