Regina police are searching for a suspect believed to be connected to at least two fires on College Avenue.

On Tuesday afternoon, fire crews responded to a string of shed and fence fires around the area.

Officials say four fires were located in the area within the span of an hour. Investigators determined the fires were deliberately set.

“That’s frustrating for us because we have other calls going on at the same time,” deputy fire chief, Gord Hewitt said.

“So it does limit our resources for such and such a senseless act and it really puts our firefighters responding and the public in danger.”

Deva Moore captured one of the fires on video as flames and smoke poured from her shed.

“When I saw the smoke and flames it really freaked me out. I got a little too scared because of how close it was to the house,” Moore said.

Moments later, a small explosion was caught on camera, caused by a propane tank she didn’t even know was there.

“We had no idea. After they had left and after the fire marshal left, I had went behind to check the damages and I saw a small propane tank back there,” Moore said.

Police are investigating and believe at least two of the fires are connected with the same person.

They describe the suspect as roughly 17 years old, wearing a black hat, red and white muscle shirt, blue jeans and a blue backpack. 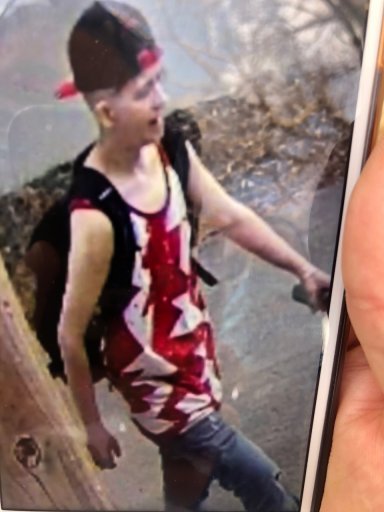 Anyone with information that can assist in identifying the suspect or advancing the investigation is asked to contact the Regina Police Service at 306-777-6500 or Crime Stoppers at 1-800-222-TIPS (8477).

According to police, it’s believed the teenager was holding a lighter at the time.

Fire officials say good housekeeping is always a rule of thumb when it comes to what’s in your shed.

“Keep your storage sheds organized and try to limit the amount of hazardous materials that are in there,” Hewitt said.

“We’re fortunate that none of our individuals were hurt at that instant. But that goes back to their training and their awareness levels of what can occur.”

As for Moore, she says she’s just glad no one was seriously injured.