Petsmart Kelowna confirms they have stopped selling aquarium fish, in the interim, over concerns due to an invasive species that threatens the Canadian environment.

A note posted at the store states fish sales have been curtailed due to Canada Fisheries and Oceans restrictions and to “help prevent the spread of the zebra mussel.” 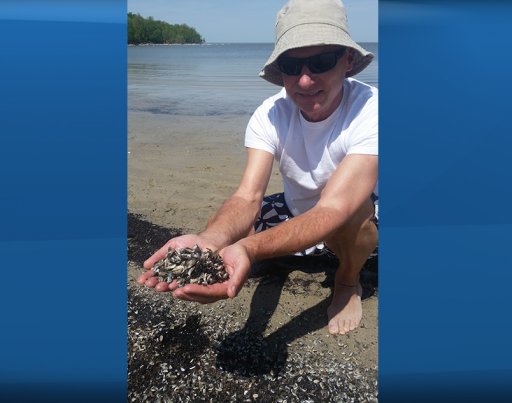 A Petsmart corporate spokesperson in the U.S. said they are working on an official statement for Global News.

Fisheries and Oceans Canada said it has asked some pet stores to stop selling live fish because of the concern over invasive mussels until all aquariums can be properly cleaned and decontaminated.

“The direction prohibits anyone from releasing, transporting, buying, selling, trading, or bartering any fish, plants, or other organisms which are located in any aquarium or container th​at may have come into contact with moss balls and/or contaminated water from moss balls,” Fisheries and Oceans Canada told Global News.

Meanwhile, a privately-owned pet store in Kelowna, the Purple Seahorse, said a recent inspection and request by the B.C. Conservation Service to stop selling moss balls is linked to its continued ability to sell aquarium fish.

The B.C. government, earlier this month, announced thousands of moss balls, a decorative aquarium feature, were confiscated and destroyed across the province due to the discovery of invasive zebra mussels on the item. 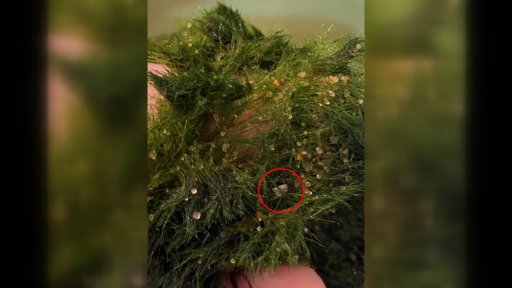 Zebra mussels have been detected in moss/algal ball products, which are often sold as Marimo Moss Balls.

The Purple Seahorse said it froze all moss balls, as prescribed, before throwing them out.

“Invasive species in B.C. is a huge, huge issue,” Sarah Trillo, a Purple Seahorse employee, said. “Coming from Ontario myself and seeing the zebra mussel issue, which can cause billions of dollars of damage to our water systems, I think it’s incredibly important for not only staff but customers to understand the importance of controlling these invasive species. Zebra and quagga mussels specifically.”

It’s not yet known how many Petsmart locations have stopped selling aquarium fish, but the notice at the Kelowna store apologizes for the inconvenience and states sales will resume in the coming weeks.

Moss balls are made from green algae, according to Fisheries and Oceans Canada.

“We are working quickly with our provincial, territorial and federal partners to take appropriate measures to stop the import and further distribution of products potentially containing prohibited zebra mussels and to promote the responsible disposal of products already in the hands of Canadians.”

The threat over zebra mussels is being taken serious by the federal government, according to Fisheries and Oceans Canada, as the invader can destroy aquatic ecosystems, fish populations, hydro power stations, agriculture irrigation systems and other infrastructure.

“They multiply rapidly and are extremely difficult to eradicate once they become established in an area,” it said.