According to the Ontario Lottery and Gaming Corp. (OLG), Brian Beckman, 59, claimed the half-million-dollar prize after initially earning a chance to compete in the popular game based on the television game show.

Beckman’s $5 Instant Plinko ticket purchased at the CNIB Kiosk in Walmart on Strathy Road in Cobourg indicated he had won an in-store chip. That earned him a chance to drop a chip on the Plinko board at the OLG’s prize centre in Toronto.

“I handed my ticket to the clerk because I won an in-store chip, then became distracted,” he said. “I didn’t realize what happened until OLG called the store — it felt surreal.” 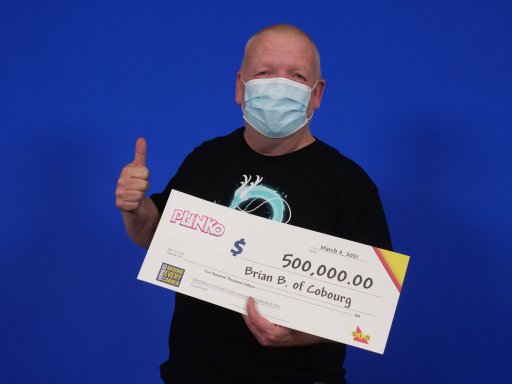 Beckman then visited the prize centre and competed in the game and watched his chip land in the $500,000 marker.

Beckman plans to use his winnings to purchase a new truck and share with family and friends while enjoying his retirement.

“I will never forget this moment.”

06:14 The Canadian who won The Price is Right

01:39 A Canadian won a trip to Canada on The Price is Right

00:57 All-time Plinko record broken on ‘The Price is Right’
What's your Reaction!