The search was called off Tuesday afternoon for a man who tried to save a dog from the partially thawed North Saskatchewan River before vanishing into the frigid water.

The search and rescue began around 12:30 p.m. at Sir Wilfrid Laurier Park, off of Buena Vista Road in west Edmonton.

It was reported to Edmonton Fire Rescue Services that a woman’s dog had run onto the river ice and a man who was also walking his dog stopped to help, going onto the ice after the dog.

The ice broke and both the man and dog fell into the river. A large search from the ground and the air quickly got underway.

Citizens along the river followed the man to keep him in sight as long as they could, the city said, while fire crews made their way down the river banks trying to access the water. 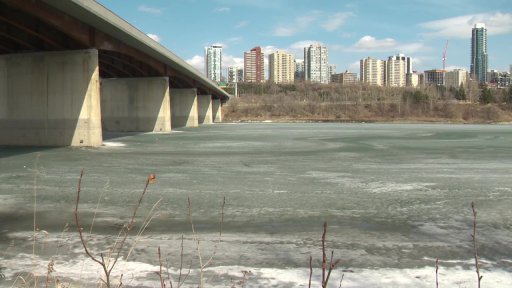 The Groat Road bridge over the North Saskatchewan River on Tuesday, April 6, 2021.

The man was carried down the river towards an ice shelf near the Groat Road Bridge. Crews tried, but were unable to rescue the man from the river before losing sight of him under the ice, the city said.

Two STARS Air Ambulance responded to the emergency, to help search from the air. 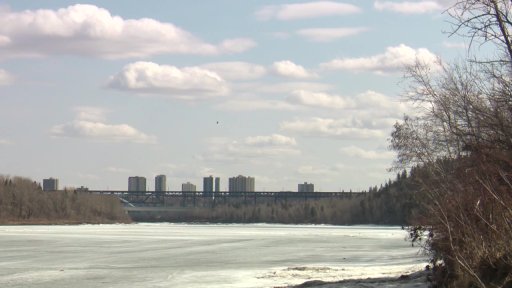 One chopper that was already dropping a patient and crew off at the University of Alberta Hospital spent 15 minutes searching the river, before it had to abort and go back to base.

A STARS spokesperson said a second chopper, which had flown in from Grande Prairie to drop off a patient and crew at the Grey Nuns Hospital, then spent another 25 minutes helping with the search before it too had to leave. 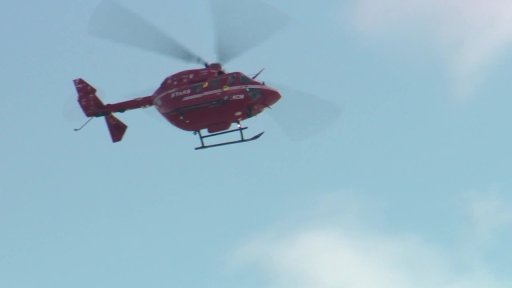 Emergency personnel lined the river bank and firefighters with binoculars was seen scanning the water for any sign of the man.

Unfortunately the man was not found.

“It is with great sadness that I confirm that the individual involved in today’s river rescue has not been located and we have since called off the search,” Fire Chief Joe Zatylny said.

“On behalf of Edmonton Fire Rescue Services, our thoughts go out to the individual, their family and friends.” 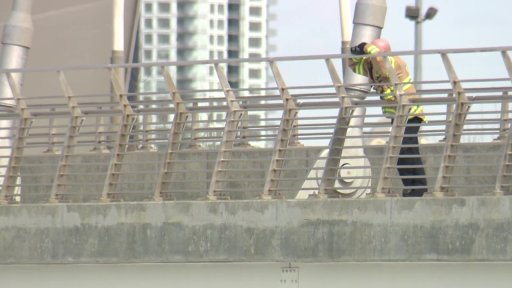 An Edmonton firefighter searching the North Saskatchewan River with binoculars in Edmonton, Alta. on Tuesday, April 6, 2021.

The tragedy comes after an unseasonably warm winter that saw Edmonton firefighters responding to more calls than normal of people walking on the ice of the North Saskatchewan River.

Walking on the ice is never safe, fire rescue cautions. The thickness varies due to several factors, including constantly moving water, changing river depths, chemicals in the water and warm spots near drainage outflow pipes.

In water that’s close to freezing, hypothermia can set in within minutes and people’s limbs go numb to the point of uselessness.

Even before that, the panic and shock of falling into icy cold water can be disorienting. 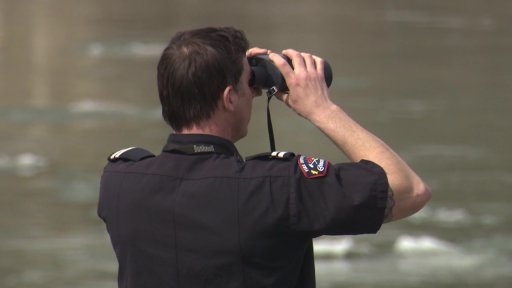 An Edmonton firefighter searching the North Saskatchewan River with binoculars in Edmonton, Alta. on Tuesday, April 6, 2021.

Edmonton Fire Rescue says if you see someone who has fallen through, don’t try to save them yourself: instead, call 911 and meet first responders when they arrive so you can tell them where the person was last seen.

This also applies to pets that fall though the ice.

Read more: Edmontonians warned to keep off stormwater facilities: ‘Stay off the ice’

“This is a tragic reminder of the dangers of the river and that it is never safe to go onto the river ice,” Zatylny said about Tuesday’s incident.

The search for the man was called off just before 4 p.m. He has not been identified. 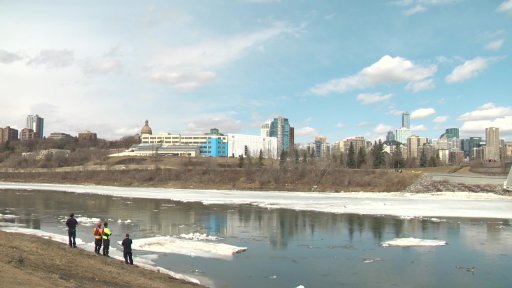