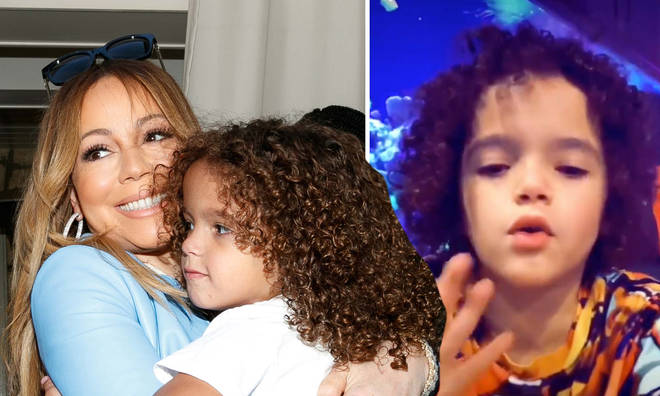 
Nine-year-old Moroccan Cannon clapped back after one follower suggested his account might be taken away if people kept asking him questions.

Mariah Carey and Nick Cannon aren’t known for shying away from the spotlight, and it appears the same can be said for their children.

Nine-year-old Moroccan Cannon, one of Nick and Mariah’s twins, jumped on TikTok this week to interact with his followers – a move that later ended with the account being made private by his mother.

At one point, a fan asked Moroccan if he could get his superstar mother on camera, to which he replied “Of course!” and proceeded to go and find her.

“Tell her I’m on a business call,” Mariah can be heard saying off-screen as her son approached her. Moroccan then said to the camera, “My mom is not ready to look… be shot at on TikTok, but yeah. Plus, she’s on a business call. If I bug my mom… well, I don’t really know what’ll happen but I’m not gonna test it!”

In another video, Moroccan responds to one follower who suggested his account might be taken away if people kept asking him questions about his personal life.

“First of all, I don’t know who you are, you don’t need to worry about me. And second of all, my mom wouldn’t do that,” said Moroccan, “Please don’t do that. I like actually answering comments and replying to them.”

“My life is none of your business. No offense. I’m just saying,” he added.

However, Mariah clearly wasn’t too impressed with Moroccan’s TikTok activities and placed him on a virtual timeout, making his page private and all his videos inaccessible.

Mariah and Nick married in 2008 in The Bahamas, and Mariah gave birth to their twins, Moroccan and Monroe, in April 2011. Monroe is named after Marilyn Monroe, while Moroccan is named after the Moroccan-themed room where Nicki proposed to her.

The couple separated in 2014 and their divorce was finalised in 2016.

Ben Roethlisberger: Sometimes it’s fun to be an underdog