Nearly 30 years after it was written and tossed into a lake in Leduc, Alta. — a message in a bottle has resurfaced.

Michelle Schwengler was part of a community clean-up effort at Telford lake last week when she saw the bottle floating in the water.

“It was a weird bottle — it looked old,” she explained. “There was something inside the bottle.”

When she looked closer, she saw several letters.

“I’m thinking, first of all, who leaves a message in a bottle in a lake, this must have been a joke,” she laughed.

“I have left so many messages in bottles as a kid and now we’re actually finding one.”

Schwengler smashed the bottle open to get the note out and started reading the note — written by a young girl 28 years ago.

“I don’t know you, but I would like to know who you are, and maybe you could visit me,” the first part of the message reads. 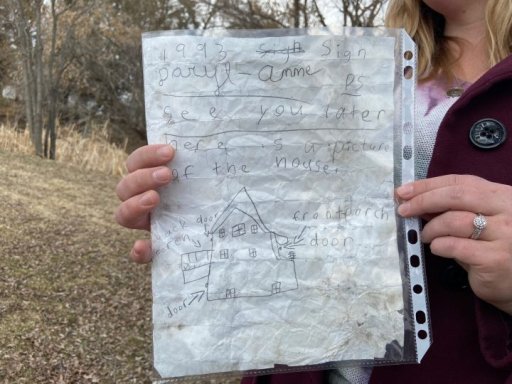 Michelle Schwengler holds up the message she found in a bottle.

It also left an address, phone number and a detailed drawing of a house.

“I called the number and I left a voicemail…nobody called me back yet,” Schwengler said.

Not giving up the mission to find the author, she posted on social media.

“Within 24 hours, somebody had reached out and said, ‘I think I was friends with this girl growing up in elementary school,'” Schwengler explained.

With that — she found Daryl-Anne Steffen.

“She called me and she’s like, ‘I may have put a letter in a bottle that you found.'”

“I vaguely remember writing, maybe throwing it in the lake with my friend,” Steffen explained.

“I’m not really sure what led me to it, just had lots of those fun imaginative ideas when I was young.”

She was eight-years-old at the time.

“It’s really neat that it’s still there and to see my writing after so many years still on the page and still legible — it was pretty cool,” Steffen said.

When Steffen read the decades-old note back, she laughed at the drawing of her house.

“My mom was really happy to find out I had drawn all the entrances to our home on the picture and put our full address there,” she joked.

It’s an exciting and nostalgic feeling, Steffen said. Surprised at the fact it took nearly three decades to find.

“When I wrote and threw the letter in, I was actually the same age that my son is now,” she said. 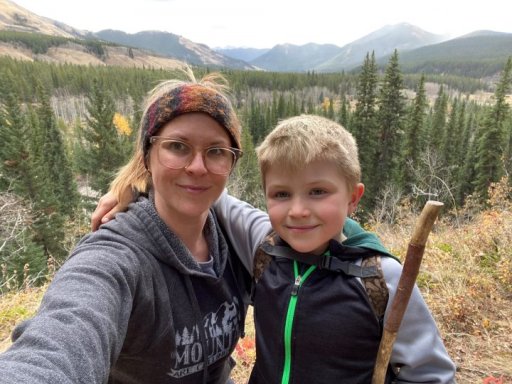 Daryl-Anne Steffen and her son.

“That’s kind of cool it’s gone full circle and he was pretty excited to see what I showed him.”

While no one ended up coming over that June, 28 years ago, the message ultimately fulfilled its purpose.

“Eventually it ended up working, and I did connect with even more people than I had planned,” Steffen said.

She lives in Calgary now with her family, but is still connected to her hometown of Leduc.

The note will be mailed back to Steffen along with some other goodies from 1993.

“We might even get some letters from people — from kids to her kids,” Schwengler said.

2 charged in Regina with gun-related offences