The man known as Italy‘s Robinson Crusoe has agreed to grudgingly leave the island he’s protected for the last three decades, ending a years-long fight to force him out of his hermit’s paradise.

Mauro Morandi, 81, bid farewell to his beloved Isle of Budelli in a Facebook post on Sunday, some 32 years after he dedicated his life to caring for the spot as its only resident. He worked as the island’s official caretaker until it changed owners in 2016, and he’s spent the last several years continuing his unofficial duties while defying efforts to push him out.

That is, until now.

“I have given up the fight,” Morandi told The Guardian. “After 32 years here, I feel very sad to leave.”

Read more: Real ‘Lord of the Flies’ story had a happier ending for castaway boys

He added in his Facebook post that he is “really pissed off” about the circumstances of his departure, which appears to have been triggered by official plans to overhaul his hut and turn the island into a nature observatory.

“They told me they need to do work on my house and this time it seems to be for real,” he said. 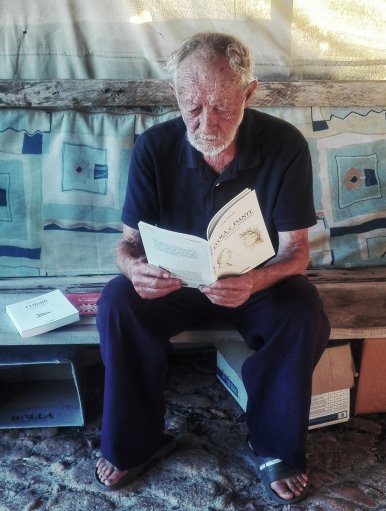 Mauro Morandi is shown in his hut on the Isle of Budelli in Italy.

It’s an unceremonious end to Morandi’s tenure on the island, which started with a curious twist of fate.

A much younger Morandi originally struck out on a catamaran in hopes of sailing from southern Italy to Polynesia in 1989, but his boat suffered damage and he was forced to take refuge on a little pink atoll called Budelli.

Morandi landed on the island and immediately fell in love with it. He also discovered that its caretaker was about to retire, so he sold his boat and took over the job as Budelli’s new guardian.

He would spend his days cleaning and protecting his little slice of paradise off the coast of Sardinia in southern Italy. He combed the pink beach for garbage, stopped tourists from stealing the island’s precious sand, educated visitors and kept a vigilant eye out for trespassers, all in the name of keeping Budelli safe. 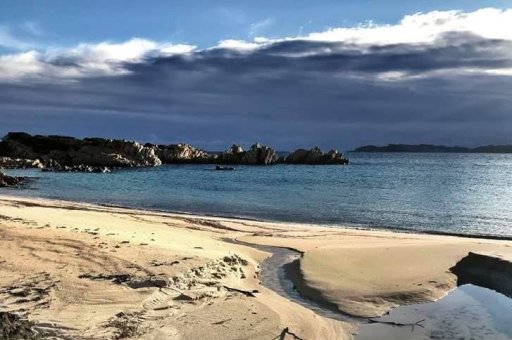 The Isle of Budelli is shown in southern Italy.

Morandi lived in peace on the island until 2016, when its bankrupt owner handed it over to the government. It became part of La Maddalena Park and the new bosses eliminated Morandi’s role.

But Morandi refused to leave, and he fought all attempts to evict him.

“I’m ready to do all I can to stay here, even if that means they’ll have to drag me away,” he told CNN last year. “I wouldn’t know where else to go to live,” he added at the time. “This is my life.”

“Nobody wants to chase him away, but what title does he have to stay since the island is no longer private?” a park official told CNN at the time.

Morandi has built a large following of fans who want him to stay on the island, and one online petition to support him has racked up more than 72,000 signatures.

However, the park appears to have finally found a way to force him out by going after his hut.

Morandi says he plans to clear out by the end of the month, but he won’t be moving far from the island he loves. He says he’ll move to the nearby La Maddalena archipelago, where he intends to live outside of town.

Morandi says he’s worried what will happen to the island without him, as his services were still needed after it became a national park.

“Just the other day I chased away two tourists who were trespassing on the off-limits pink beach,” he said, according to CNN.

“I clean the rubbish off the sand and stop intruders from coming here to do mayhem at night. Truth is, I’m the only one who has so far taken care of Budelli, doing the surveillance task that the park authorities should do.”

He adds that he’ll continue to appreciate the natural world from his new home, even if his heart will always be with the island of Budelli.

“You’ll still see my photos from another place,” he wrote on Sunday. “Sardinia is all beautiful.”