House damaged, but no one hurt in Friday morning Winnipeg blaze

House damaged, but no one hurt in Friday morning Winnipeg blaze

Just before 10 a.m., the Winnipeg Fire Paramedic Service (WFPS) arrived at the house in the 400 block of Church, where crews encountered heavy smoke and flames. 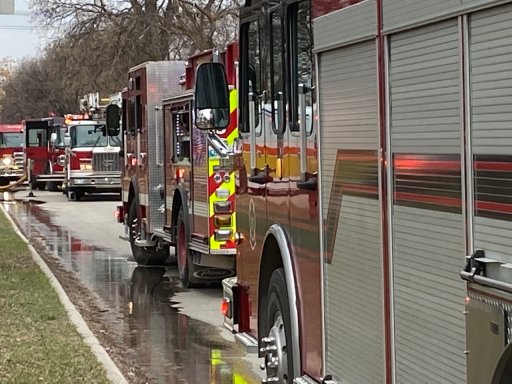 WFPS vehicles at the scene of a house fire.

With the help of an aerosol fire-suppression tool, the Flameguard X-Tinguish FST, fire crews were able to reduce temperatures so firefighters could get inside safely, and the fire was under control by 11:22.

There were no injuries in the incident, although the building was damaged and neighbouring houses also suffered heat damage.