‘Beloved Edmonton giant’ Stanley A. Milner honoured after his death

‘Beloved Edmonton giant’ Stanley A. Milner honoured after his death

Community leaders are paying tribute to Stanley A. Milner, who passed away last week. He was 91.

In a news release Monday, the City of Edmonton described Milner as “an active and passionate participant in civic, charitable, business, education and military pursuits.”

His commitment to Edmonton and to city building “was deep and lasting.”

“From his work as a member of city council, to his leadership roles with numerous civic institutions, Stanley Milner helped shape Edmonton into the uplifting and enterprising city we enjoy today,” Mayor Don Iveson said.

Milner was born in Calgary before his family moved to Saskatoon. When he was just 15, Milner joined the 2nd Battalion Saskatoon Light Infantry as a bugle boy.

Seven family members served in the military, including his father, Joe, who was the first Albertan to enlist in the Canadian Expeditionary Force during the First World War.

“Stan’s support and passion for veterans and the military was legendary, and was central to building the reputation Edmonton has with military members and their families as a welcoming and caring home base,” Iveson said.

The downtown branch of Edmonton Public Library and Milner Crescent at Village at Griesbach are named after him.

“His connection and service to our community was outstanding and his contributions will have a lasting, uplifting impact on our city for generations to come,” Corbould said.

01:57 Inside tour of new Stanley A. Milner Library

Milner was chair of the Edmonton Public Library (EPL) Board from 1963 until 1968.

“Mr. Milner recognized the importance of establishing the library as a central community anchor and had the vision to build a library system for Edmontonians to foster learning at all ages.

“EPL remains grateful to him for his business acumen, generosity and leadership. As we celebrate the life of a brilliant businessman, dedicated philanthropist and good friend, we can be certain that Mr. Milner’s impact on EPL and the city of Edmonton will be a lasting legacy.” 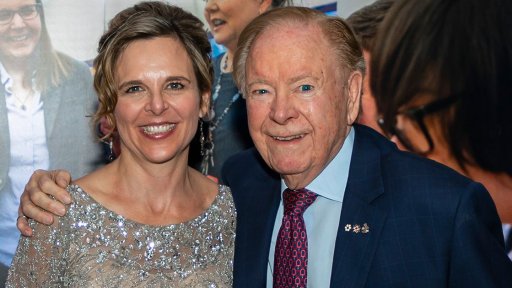 He received a bachelor of science degree from the University of Alberta Faculty of Engineering and later served as the school’s board chair.

In a news release, the U of A said Milner “will be remembered as a community builder and champion of education.”

“You have to consider a library is the beginning of education,” said Milner at the reopening of the Edmonton Public library’s renovated downtown space last September.

Flags at city hall will be lowered in his honour from 9 a.m. Monday, April 26 until sunset Tuesday, April 28.