‘It’s like buying candy’: Expert says it’s easy for Canadians to get vaccinated in U.S. Here’s how

‘It’s like buying candy’: Expert says it’s easy for Canadians to get vaccinated in U.S. Here’s how

A growing number of United States border towns are dolling out COVID-19 vaccines to Canadians who are desperately trying to get a shot amid a surging third wave.

And it’s not just border towns that are giving away leftover vaccines. Other U.S. states, like Ohio and Indiana, don’t require proof of citizenship for inoculations, meaning Canadians can hop on a plane and get a shot.

But for U.S. states that do require proof of residency, Canadians may still be able to get vaccinated anyway, according to Len Saunders, an immigration lawyer based out of Blaine, Wash.

“They really don’t care in Washington state or in most of the U.S. what the person’s status is. As long as you’re in the U.S., you can just pop by any pharmacy if they have extra doses and get vaccinated,” Saunders said.

“It’s like buying candy down here. There’s no restrictions.”

Some of his clients have told him that all you need to do is show your Canadian passport, and then immediately you get vaccinated, he said.

The U.S.-Canada land border has been closed to nonessential travel since March as part of an agreement between the governments to slow the spread of the coronavirus. However, there are loopholes for Canadians hoping to get COVID-19 shot as Canada continues to lag behind the U.S. in vaccine rollout.

While the land border remains closed, Canadians are allowed to fly into the U.S. — citizens just need to get a negative COVID-19 test before going. Canadians with dual citizenship can also drive into the U.S.

Vaccinated in Ohio and Indiana

Natasha Fredius, from Toronto, said in early April, she and her husband (who have dual citizenship) decided to drive down to the U.S. with their two children, ages 11 and 13, to get a vaccine.

Fredius and her husband were not yet eligible to receive a COVID-19  vaccine in Canada, so making the trip down south made sense to them.

“We definitely wanted to be able to see family in the states this summer, and my husband and I wanted to be fully vaccinated for that,” she said. “So at the end of the day, it just seemed worth it to go down to the States and get our vaccines.” 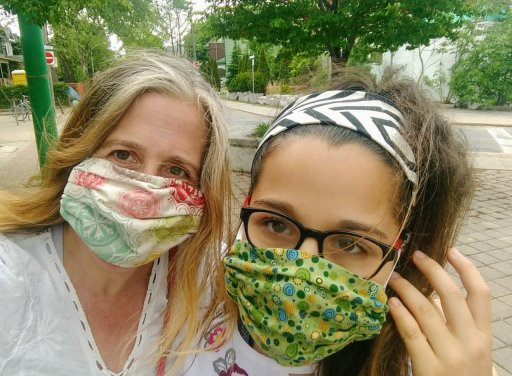 Natasha Fredius and her family drove from Toronto to Ohio this month to receive a COVID-19 vaccine.

The family drove to Ashtabula, Ohio, this month as the state offers shots to people without proof of residency.

“We made an appointment at a Rite Aid pharmacy online. We called to confirm that there would be no problems getting it because we don’t want to drive it all the way there and then have them tell us, actually, if you live in Canada, you’re not eligible. And they said it was fine,” Fredius said.

The process was very straightforward, she explained. Her husband stayed in the car with the kids while she went inside to get vaccinated. She was out in five minutes, then her husband went in and got his shot.

Despite the feeling of relief after receiving a vaccine, Fredius struggled with the ethics of the situation, such as jumping the “queue” in order to get inoculated, while others in Canada have to wait.

But what Freduis and her family did is not illegal.

Saunders said a lot of people have contacted him thinking they are doing something against the law when getting vaccinated in the U.S.

“And I say absolutely not. Americans are happy to vaccinate as many people as possible. And it’s nice to have the opportunity for Canadians to come down here if they want to take that extra effort to get vaccinated sooner rather than just waiting forever in Canada,” he said.

“We want more Canadians vaccinated if that helps open the border sooner for the cross-border trade.”

Alyssa Johnson, from Etobicoke, Ont., is fully vaccinated after recently driving down with her son to Muncie, Ind., where her mother and father live.

Johnston is in her mid-30s, so was not eligible to get a vaccine in Canada anytime soon. She has been apart from her family for 16 months. 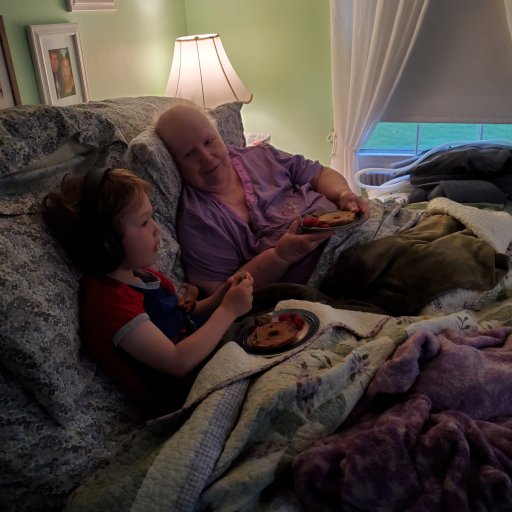 Her mom, who is battling cancer, had just finished her radiation treatment and Johnston thought it was the perfect opportunity to go visit and get vaccinated, as her son’s school is currently remote.

“Indiana had opened up the vaccine to anyone over the age of 16, and they removed their residency requirement. So I no longer had to show an ID with an Indiana address on it,” she said.

She’s happy she was able to get two doses of the Pfizer vaccine and sees it in a positive light: “It’s one more vaccine available to a Canadian who needs it.”

Her family made the appointment for her in Indiana, and she was able to get in within a day.

“When I got to the hospital, I just checked in and did my health screening. They asked all of the standard COVID questions, I checked in and checked my name off the list. Within moments, I was sitting in the seat next to a nurse and I got my vaccines. I waited for 10 minutes then I scheduled my second dose and I was out the door. The process was at most 18 minutes.” 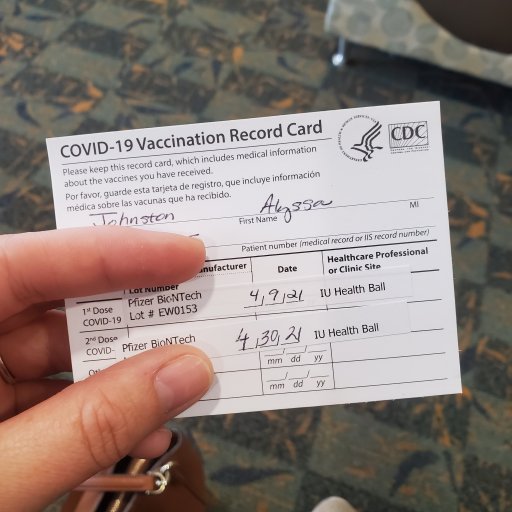 Johnson gave advice for any Canadian hoping to get vaccinated south of the border.

“Definitely look into the recommendations for each state. Some states still have residency requirements like the state of New York. You have to show an ID with a New York address. But if you are able to go down and travel to the United States to get the vaccine, I think it’s worth it,” she said.

Not only can Canadians drive or fly into some U.S. states for a chance at a shot, but there are also agreements being made between cross-border towns to allow vaccine sharing.

Many Stewart residents received a first vaccine dose during a weeklong clinic in Stewart around Easter, according to the town’s mayor, Gina McKay. British Columbia health officials said the approach was intended to make the most of a limited vaccine supply and allow more people to get first doses.

Point Roberts, a U.S. border town in the state of Washington, offered its leftover vaccines to British Columbia residents this week.

The town’s fire chief, Christopher Carleton, said 70 per cent of residents have been immunized and the town would now like to use its excess supply to vaccinate U.S. citizens living in B.C. as well as British Columbians.

Last week, the Blackfeet Nation in Montana was at the Piegan-Carway border crossing in Alberta, administering COVID-19 vaccines to members of the Blackfoot Confederacy and residents of the nearby town of Cardston, Alta.

According to James McNeely, the public information officer with the Blackfeet Tribe in Browning, Mont., it was a surplus of doses on the southern side of the border that prompted the reserve to contact Canadian officials to offer vaccines to Alberta band members.

The mobile vaccination site was set up in a drive-thru format, where participants aged 16 and older would drive up to the Carway crossing, provide their passport or status card, and received either the Moderna or Pfizer vaccine.

Although Canada’s vaccine rollout has started to gain traction, current vaccination data analyzed by Global News suggests that federal vaccine deliveries are falling short of provincial administration rates —  with some very close to using all of the vaccines delivered to them so far.

“There are no wait times, so there’s a lot of availability (in the U.S.),” Saunders said. “And I think a lot of the fellow Canadians have realized this and now they’re frustrated with the wait times in Canada. They’re looking at coming to the U.S. as an option to getting their vaccination a lot quicker.”

He said the only downside for Canadians flying or driving into the U.S. to get vaccinated, is some may still have to do a mandatory 14-day quarantine, which could be a deterrent.

— with files from Global News’ Eloise Therien, Katherine Aylesworth and the Canadian Press