The number of variant cases continues to climb, now at 237, up from 223 on Saturday and 215 reported on Friday. Northumberland County now has 142 variant cases (up from 134 on Friday), followed by 86 in the Kawarthas (up 75 on Friday) and nine in Haliburton County (up from six on Friday).

Global News has reached out to the Peterborough Victoria Northumberland Clarington Catholic District School Board and Canada Post for more details. 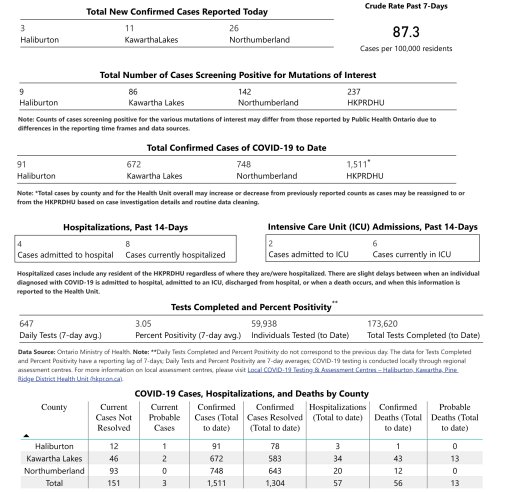 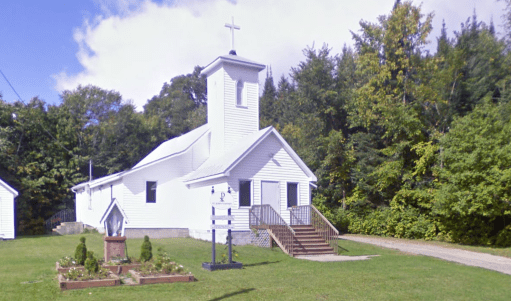 A COVID-19 outbreak has been declared at two Haliburton area churches, including St. John Vianney Catholic Church in Highland Grove.

“There is no longer any risk of transmission within the church building and 14 days have passed since the last date of exposure,” said Chandra Tremblay, the HKPRDHU’s manager of corporate services.

“The church has notified their parishioners. Anyone who is identified as a high-risk contact of a confirmed case will be emailed a letter outlining quarantine and testing requirements. Health unit staff will continue to work closely with individuals who are confirmed cases.”

Other active outbreaks within the health unit’s jurisdiction as of Monday:

Other case data for Monday:

Schools within the health unit’s jurisdiction with reported COVID-19 cases as of noon Monday:

To book a vaccine appointment, visit the province’s booking website or phone 1-888-999-6488. Phone lines will be open daily from 8 a.m. to 8 p.m. Vaccines are also available at a number of pharmacies within the health unit’s jurisdiction.

04:19 Ontario gets federal pandemic aid as Ottawa preps for budget