Regina’s construction season has officially begun with a $112.6-million investment from the city into transportation, water, wastewater and drainage projects.

“To invest over $100 million is not only essential to improving infrastructure throughout our community, it also creates jobs that contribute to our economic recovery as we look forward to coming out of this pandemic,” Regina Mayor Sandra Masters said in a press release.

Four of its major projects include drainage improvements in the North Central community at a cost of $15 million. This is year two of a three-year project.

The rehabilitation of Albert Street between Victoria Avenue and Saskatchewan Drive will cost the city $940,000.

McCarthy infrastructure improvements, which include sewer renewal, bridge rehabilitation in 2021 and road renewal in 2022, cost $7.9 million. 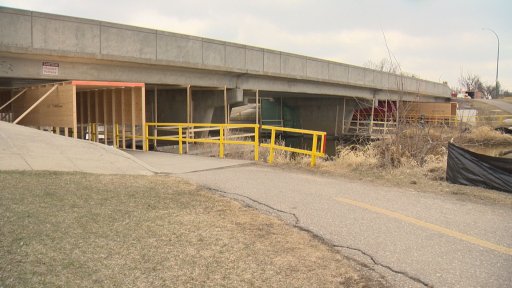 The city is investing $28.8 million over a two-year period into the rehabilitation of the Winnipeg Street overpass and modifications to the interchange.

Most capital construction projects are scheduled to begin in early May, while some multi-year projects have already started, including the North Central drainage and McCarthy infrastructure improvement projects.

“The health and safety of our employees, crews and community are top priority for the City of Regina,” said Kim Onrait, the city’s executive director of citizen services.

“We are committed to delivering another successful construction season with continued focus on safety in 2021. To do so, we are working closely with contractors and crews to ensure effective protocols are in place so that work can be carried out in a safe and timely fashion.”

As part of the residential road renewal program, the city will be upgrading 29.3 kilometres of roads including Academy Park Road, Procter Place between Parliament Avenue and 25th Avenue – a two-year project, Chisholm Road between Shannon Road and Grant Road – a two-year project, Fourth Avenue North between Garnet Street and Retallack Street and Magee Crescent near Sangster Boulevard.

“Detours and traffic delays are inevitable with the number of projects taking place in the community,” the city said in a press release. “We understand the frustration of residents and thank them for their patience while this important infrastructure work is being completed.”

The city is also adding 4.5 kilometres to its cycling network including along Pasqua Street between Parliament Avenue and Hill Avenue. For more information visit the city’s website.

ANALYSIS: Scheifele ‘pissed off’ about benching but has put it behind him