A sentencing hearing begins Friday for triple-murder Dustin Duthie who admitted to killing his girlfriend, mother and stepfather in 2018.

Their bodies were found at two separate residences on July 31, 2018.

According to an agreed statement of facts, Duthie slit 24-year-old Toller’s throat in her southeast Calgary condo six days earlier on July 25.

Duthie then stabbed Boshuk and Pennylegion to death in their northwest Calgary home on July 31. 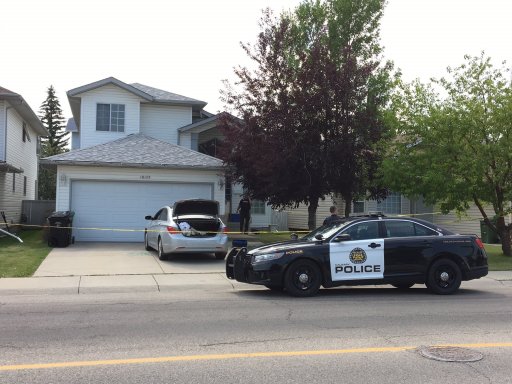 Calgary police at the scene of a home in Hidden Valley where two people were found dead on Tuesday, July 31.

Duthie was deemed fit to stand trial in August 2018.

On Friday, court will hear sentencing submissions from the Crown and defence, as well as victim impact statements.

Crypto boom continues as Chainalysis raises $100M, doubles valuation to over $2B