Calgary shooting victim was targeted by someone he knew: homicide investigators

Calgary police say a man shot to death on Saturday was the victim of a targeted attack by someone he knew.

Thirty-year-old Jesse Shaye Troy George-Raweater was found suffering from a gunshot wound on Memorial Drive on Saturday night. He died at the scene after first responders worked on him.

“He made major life changes in the past few months to lead a more healthy, happy, sober life. We were all so proud of him for taking the steps in the right direction… Words can’t describe how our family is feeling and the impact it will have.”

Police didn’t say Monday whether investigators had identified any potential suspects or what the motive behind the shooting was. They only said the shooting was targeted and that George-Raweater knew the person who killed him. 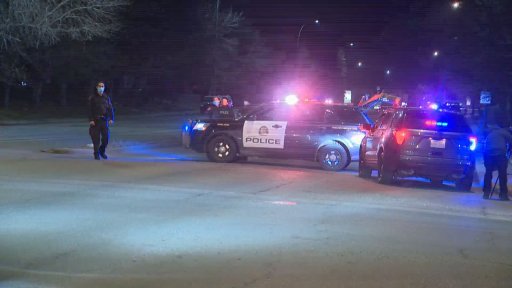 Police investigate a suspicious death in the southeast.

“This shooting happened on a very busy road in our city and it is likely that someone has information that could help solve this case,” said Staff Sgt. Martin Schiavetta of the Calgary Police Service’s homicide unit.

“People may have unknowingly witnessed something, or may even have dashcam footage that could be useful to investigators.”

Anyone with information on the shooting or dashcam footage from the area at the time of the shooting is asked to contact police at 403-266-1234 or to contact Crime Stoppers.

Why does AstraZeneca vaccine guidance keep changing? Experts weigh in