The $500-million project will double the floor space to one million square feet, making it the largest facility in Western Canada and a tier-one convention centre.

“Which is fancy talk for one of the largest convention centers in the country, which will allow us to welcome conventions and visitors from around the world that we haven’t been able to welcome to Calgary before,” Mayor Naheed Nenshi said, donning a cowboy hat.

“It means so many more people will get to experience Calgary’s ultimate host city — the best host city in the world — and we get to do it right here on Stampede Park.”

“Today’s groundbreaking is an important next step in this project which will create good jobs at a time when we need good jobs, reinforce Calgary’s position as a top convention destination, spur new tourism activity in the city, and create foot traffic for local businesses in the culture and entertainment district,” McKenna said from her home. 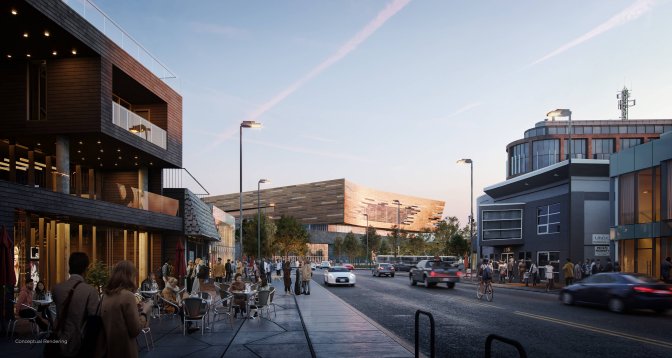 An artist’s rendition of the newly renovated Calgary BMO Centre, from 17 Avenue. 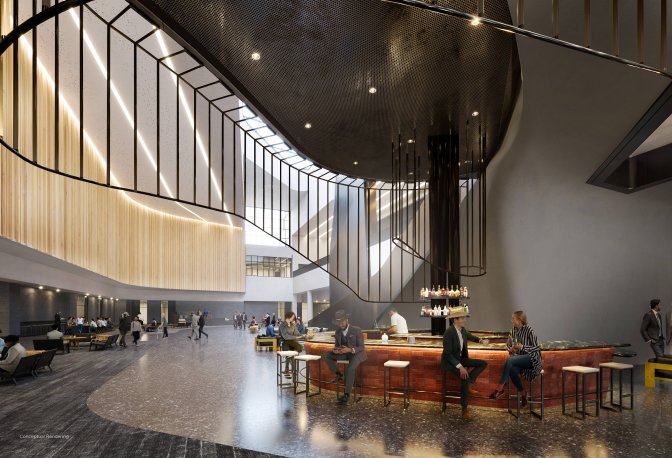 An artist’s rendition of a lounge in the expanded Calgary BMO Centre. 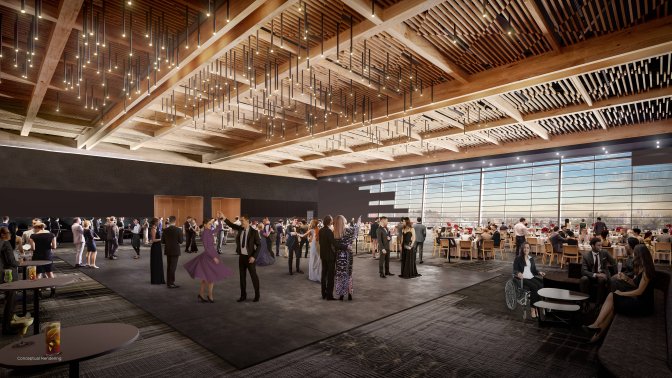 An artist’s rendition of the ballroom of a newly renovated Calgary BMO Centre. 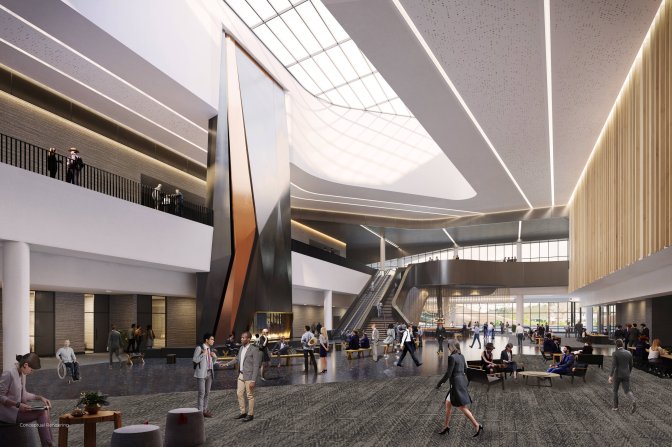 An artist’s rendition of the interior of Calgary’s BMO Centre following an expansion.

Kenney said the expansion project is a “critical part” of the Alberta government’s plan to build $10 billion worth of infrastructure projects. The city, province and federal governments are splitting construction costs three ways.

“This has been an incredibly tough year and that’s why Alberta is focused on our economic recovery,” Kenney said. “And part of that recovery is a strategy to build like we’ve never built before.”

Nenshi said the construction will add $500 million to Canada’s GDP, with the annual impact of the expanded BMO Centre estimated at $260-300 million.

The Stampede Corral was razed over the winter to make way for the expansion, joining other construction activity at Stampede Park that includes the extension of 17 Avenue S.E., improvements to the Victoria Park/Stampede LRT station, and a new event centre.

A timeline of construction of Calgary’s BMO Centre expansion project.

Construction of the 100,000-square-foot Exhibition Hall F concluded in December 2020.

Work on the BMO Centre is expected to conclude in 2024. 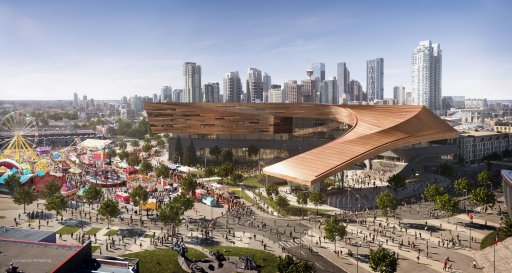 An artist’s rendition of the exterior of the expanded Calgary BMO Centre with the skyline and midway.

“Let’s make sure that happens on time and on budget,” Kenney said.

Calgary’s mayor called on the memory of Warren Connell, former CEO of the Calgary Stampede, who died in December 2020.

“It’s a good day Warren I hope you’re smiling up there,” Nenshi said. “And all of us together, we’ll make sure that not only does this project come in on time and on budget, that it creates something very special for generations of visitors and generations of Calgarians.”