A Peterborough-area businessman is donating $300,000 to the fundraising campaign for the new Peterborough Animal Care Centre.

According to the Peterborough Humane Society, Glenn Stonehouse, owner/president of Wildfire Golf Club in Lakefield and One Fine Food in Peterborough, recently provided the gift to the campaign, which aims to raise $10 million for the centre to be built on 20 acres of land on Technology Drive in the city’s east end.

“A couple of years back, I had the opportunity to be involved with the Peterborough Humane Society learning about their goals, and development in animal wellness,” he said. “Through these discussions, I got a close view of the inner workings of PHS and the great work the organization is doing in our community, which is why I was excited to be a part of this very important build.” 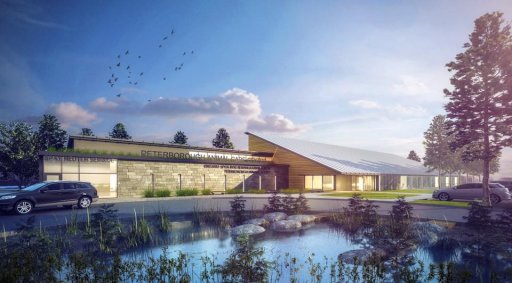 The new animal care centre will replace the humane society’s existing animal shelter on Lansdowne Street East. The centre will boast an adoptions centre and spay and neuter clinic, a provincial dog rehabilitation centre and offices.

“His commitment to the health and wellness of our community and the animals within it is going to make a huge impact on the future of animal wellness,” said.

In recognition of Stonehouse’s gift, Morey says the centre’s dog adoption program will be named the Glenn Allan Stonehouse Dog Adoption Program, fitting since Stonehouse, a native of Owen Sound who moved to the Peterborough area 25 years ago, has always had dogs in his life, from working dogs on the farm to show dogs and companions.

“Thanks to Stonehouse’s support, while dogs are waiting to find their forever families, they will benefit from top-level care during their time at the centre,” said Morey. 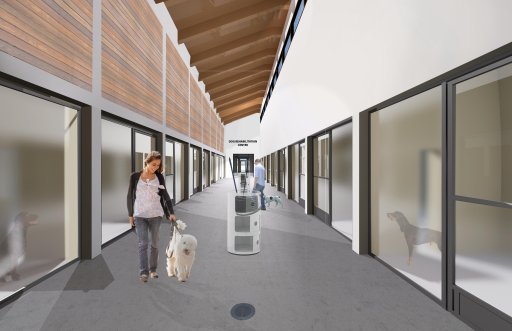 Artist rendering of the dog kennels for the new Peterborough Animal Care Centre.

Morey says the dog kennels at the new centre will not only be larger, but also have indoor and outdoor access, providing the dogs with more space and freedom. The kennels will be grouped in pods to reduce noise and stress on the dogs. Sliding guillotine doors will allow the kennels to double in size, should the need arise (such as bonded dogs that need to stay together).

To date, the fundraising campaign has raised $7.5 million of its $10-million goal. To donate, visit ourpetproject.ca or contact campaign manager Alex Tindale via email.

Pre-tattoo preparations: How to prepare yourself for the tattoo appointment