Did you see them? Edmontonians turned a quizzical eye to the sky on Tuesday, when several American military helicopters were buzzing over the city.

The choppers were spotted landing and taking off several times from the helipads atop the University of Alberta and Royal Alexandra hospitals.

Wow, a very loud Black Hawk helicopter just landed at University Hospital! Two of them have landed a couple times in the last hour. Wonder what they're doing up in Canada? #aviation #AvGeek #yeg #yegtraffic #planespotting pic.twitter.com/XuvxCZPBmc

The three of the helicopters were also spotted last week, parked at the Calgary airport. 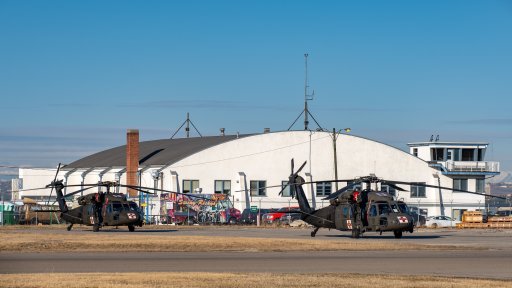 “These flights are for training purposes for the benefit of U.S. Army National Guard UH-60 Black Hawk crews that will soon be taking part in Exercise Maple Resolve in Wainwright, in order to familiarize them with medical facilities in the area,” said Maj. Trevor Reid, a senior public affairs officer with the Canadian Armed Forces.

Exercise Maple Resolve is an annual major joint exercise at CFB Wainwright in central Alberta, designed to prepare a brigade and its soldiers for deployment.

Sometimes actual journalists have been invited to participate, as Global Edmonton anchor Gord Steinke did in 2016. 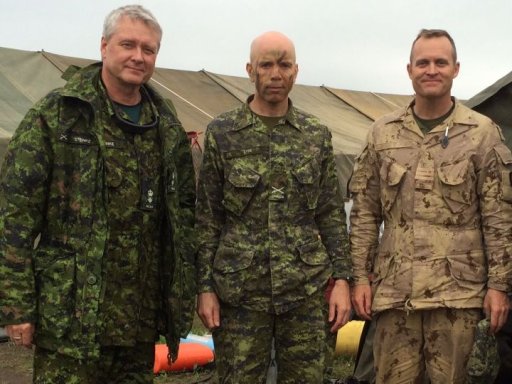 The exercise was cancelled last year due to COVID-19, but is going ahead this year from May 1 to 11.

“The exercise is an essential requirement to ensure the army is ready to face security challenges both at home and abroad; full-scale cancellation of this training for a second consecutive year would further erode Canadian Army readiness,” said a statement on the government’s website.

Normally, the exercise involves between 5,000 and 6,000 members from the army, air force and other areas of the military, along with international troops.

This year, the exercise will host approximately 2,500 personnel and the military said the vast majority will be from Alberta, in order to respect physical distancing limitations and restrict trans-Canada travel to the greatest extent possible.

Members of the Royal 22e Régiment escort a civilian with simulated injuries to a secure area for medical treatment after accident scenario during Exercise Maple Resolve at CFB Wainwright, Alta. on 15 May 2018.

International participation has also been significantly reduced with only a small number of people coming from the United States and England.

Reid said there are 29 air medevac personnel from the Wisconsin National Guard taking part in in Maple Resolve, providing medical evacuation support to both the Royal Canadian Air Force and Canadian Army.

Reid said in order to mitigate risk, all foreign personnel have to quarantine for 14 days and obtain a negative COVID-19 PCR test prior to arrival in Canada.

The army said it has evolved its health measures and training protocols to respect public health guidelines, including daily symptom screening, physical distancing, mask wearing, cohorting, isolation when travel is involved, and COVID-19 testing when appropriate.

“These measures have allowed the army to confidently plan a modified version of Exercise maple Resolve in May of 2021.”

The army said it will continue to monitor the COVID-19 situation, adjusting the planning for the exercise as necessary.

Canadian soldiers conduct a roadblock during Exercise Maple Resolve 2018 at CFB Wainwright on May 13, 2018.

Commercial helicopter came within four metres of ditching in the Atlantic: report