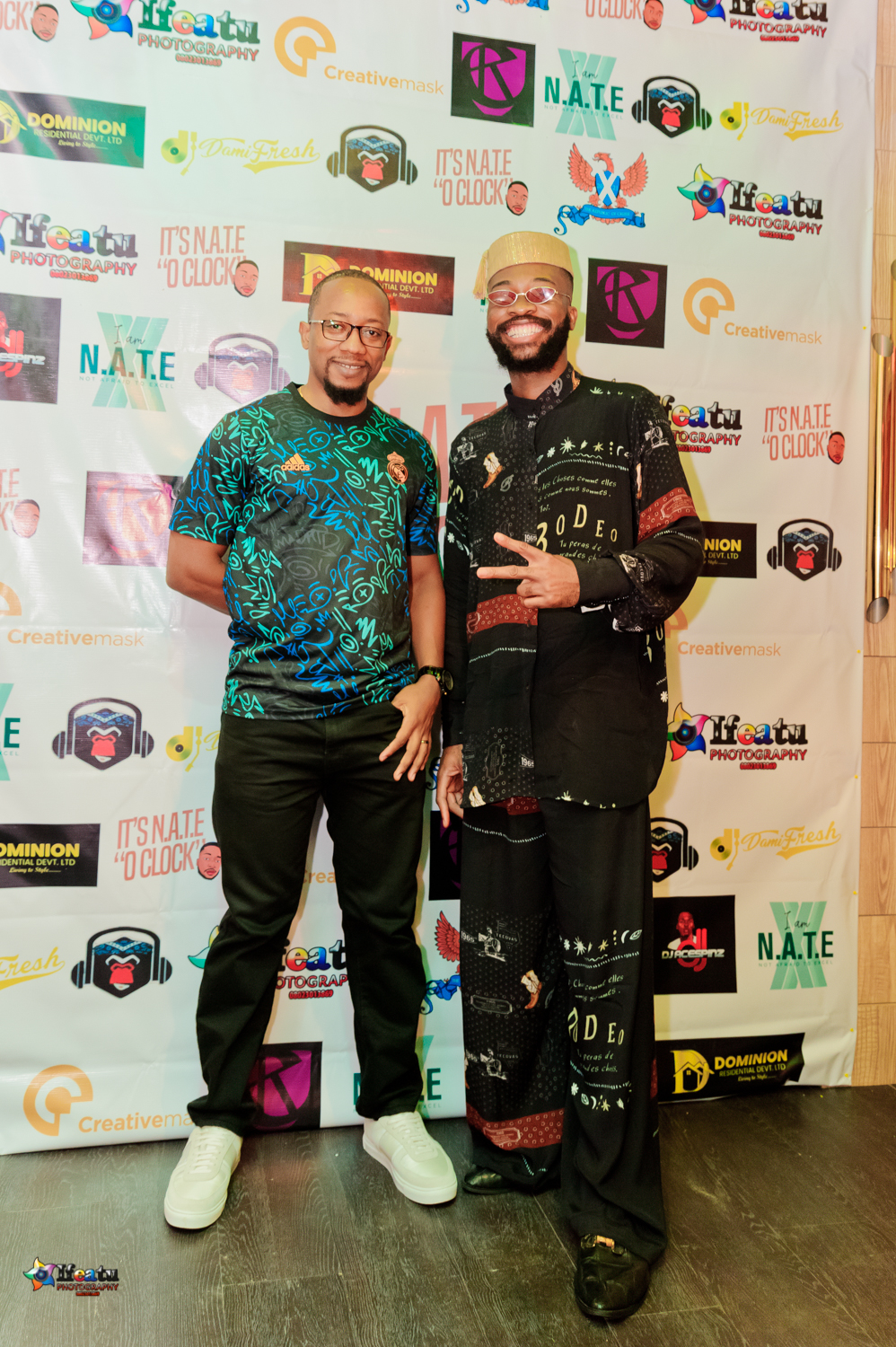 N.A.T.E, a Lagos-based Rivers State indigene, moonlights as a hype man and is part of an ambitious league of artists carving a niche within the music industry. With the launch of “It’s N.A.T.E “0” Clock (The E.P)” however, he is taking his art to another level and pioneering what is now known as Hype Music.

In his words, “We all can see that hype is a thing across the world as people now seek the services of a hypeman for their after-parties and other informal events. This is a demonstration of the value that hypemen bring to such events especially in supporting the DJ, working the crowd and getting everyone to enjoy the event. It is a thing of pleasure that we have elevated this art to the level that everybody wants to be a HypeMan now.”

The five-track EP which serves as his debut body of work was performed to a select crowd at upscale Lekki hangout, Rango, on Saturday, September 17, 2022. The album listening event had in attendance media personalities, celebrities, family, friends, and colleagues of the hypeman.

“This E.P is different from the norm. It is hype music and it is here to stay,” adds N.A.T.E, who is a regular feature at boujee hangouts and clubs on the island.

Track 4 in the album “Lagos Babes” is currently a regular feature on the airwaves and in clubs. In the song, N.A.T.E shares his personal experience with Lagos girls in an exciting but relatable manner. The music will no doubt elicit bouts of laughter from listeners.

You can stream the E.P on AudioMack or visit the artiste’s social media handles (iam_n_a_t_e  via Twitter) to sample the songs.