The Hollywood careers of more than just a couple of film stars are in jeopardy this weekend as the extraordinarily dirty legal battle pitting Johnny Depp against his former wife, Amber Heard, goes into a third dramatic week – a week in which Heard’s team will be in the driving seat.

The outcome of the case – a libel action being pressed by Depp – could affect many of those involved. Other big names drawn in, including Winona Ryder, Paul Bettany and Vanessa Paradis, are in danger of tainted reputations, whether they emerge as innocent bystanders or as partisan supporters. And the casts of major family film franchises, such as the Aquaman series, the Fantastic Beasts Harry Potter spin-offs and the Marvel superheroes stable of stars, may change as result.

Depp is suing the publisher of the Sun, News Group Newspapers, and the paper’s executive editor, Dan Wootton, for describing him as a “wife-beater” in an article from April, 2018, which questioned Warner Brothers’ decision to cast him in a Fantastic Beasts film. The 57-year-old actor, a household name after his roles as Edward Scissorhands and as Jack Sparrow in Disney’s Pirates of the Caribbean series, had been served a restraining order in Los Angeles in 2016, shortly after their divorce, but he has now made headlines with allegations that it was Heard, not he, with the serious violence and alcohol problem. Notoriously, last week Heard was even accused of defecating on his bed. Heard, 34, is in London to give her version of disturbing events that led to the end of their short, high-profile marriage. Her role in the lucrative Aquaman films might be in doubt if unpleasant accusations made by Depp and his legal team stick.

Legal pundits are also questioning whether media law will be permanently altered by the case. “The way the media can write about domestic violence could be changed for ever,” said one legal source. “Journalists would have believed they were clear to talk about someone as a dangerous partner when they were already named in a temporary restraining order in America.” 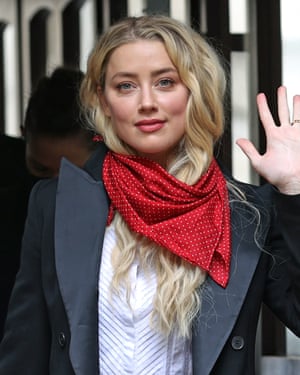 Depp, who has retained a large fortune despite a recent legal action against the business managers he claims defrauded him of $650m, is keen to hang on to the prospect of working on adventure films. Claims and counter-claims of violence and extreme behaviour are unlikely to play well either with family audiences or with Disney and Warner Brothers studios, who own the JK Rowling franchise.

In America the actor, who has admitted a history of heavy drug use and drinking, is also suing his ex-wife directly for $50m over a Washington Post article from December 2018 in which she said she was a survivor of domestic abuse. Any reader, Depp argues, would assume he was the abuser. Victory in the UK next month might help with future vindication in America.

On Thursday the trial at the high court in London took an unexpected turn when Ryder, Depp’s former fiancee, and the French singing star Paradis, Depp’s first wife and the mother of his two children, did not appear to speak for him. The duo had issued press statements saying Depp was not a violent man and were both scheduled to speak as witnesses. “The statements from Ryder and Paradis were not part of the trial, as they were not put up for cross-examination,” the legal source added. “They appear to have been used as part of a media campaign without having to stand up in court.”

The decision not to appear in court disappointed those looking for extra star wattage, but Heard’s legal team would also have wanted to question these women about the terms of the end of their relationships with Depp. Heard cites 14 incidents of violence during their relationship, all of which Depp denies.

Ryder is now being acclaimed for her performance in the new HBO drama The Plot Against America, following her success in the series Stranger Things. Explicit support for Depp might be a hazardous move. Three other Depp witnesses did not appear last week, although there was strong supportive testimony from some of his friends and former employees. Isaac Baruch, an artist and old friend of Depp’s who lives as his guest in a Los Angeles penthouse complex, told the court on Friday he had not seen any evidence of injury to Heard in May 2016 after the couple’s final breakup. 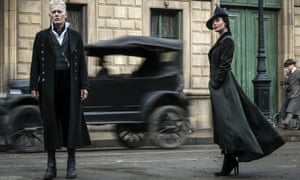 Those in court that morning wondered if Depp might also fail to appear. The actor was late to arrive, explaining he had taken a morning film meeting in his hotel room. A court observer said this weekend: “The security team and officials at court were not happy, they have a lot to handle when the stars arrive.”

Peripheral damage could also be inflicted on English-born Bettany, who plays Vision in the Marvel superhero franchise. One of Depp’s close friends, his name has come up in court due to crude messages in which Depp complained about his wife and conferred about drug use.

This week Heard, appearing as a witness for NGN, is expected to try to reclaim her original accusations about her former husband. During the past week Depp’s lawyers have turned her own claims of mistreatment against her, a strategy steered by Depp’s legal adviser, the US attorney Adam Waldman.

Depp’s many fans across the world are supporting his reputation and a group have turned up regularly outside court. Heard’s entourage includes her younger sister Whitney and Amber’s girlfriend Bianca Butti, along with the leading Australian lawyer Jen Robinson, friend of Amal Clooney.

This week Robinson is thought likely to suggest Waldman and Depp have attempted to muddy the waters in a high stakes example of legal “gaslighting”. The case continues.