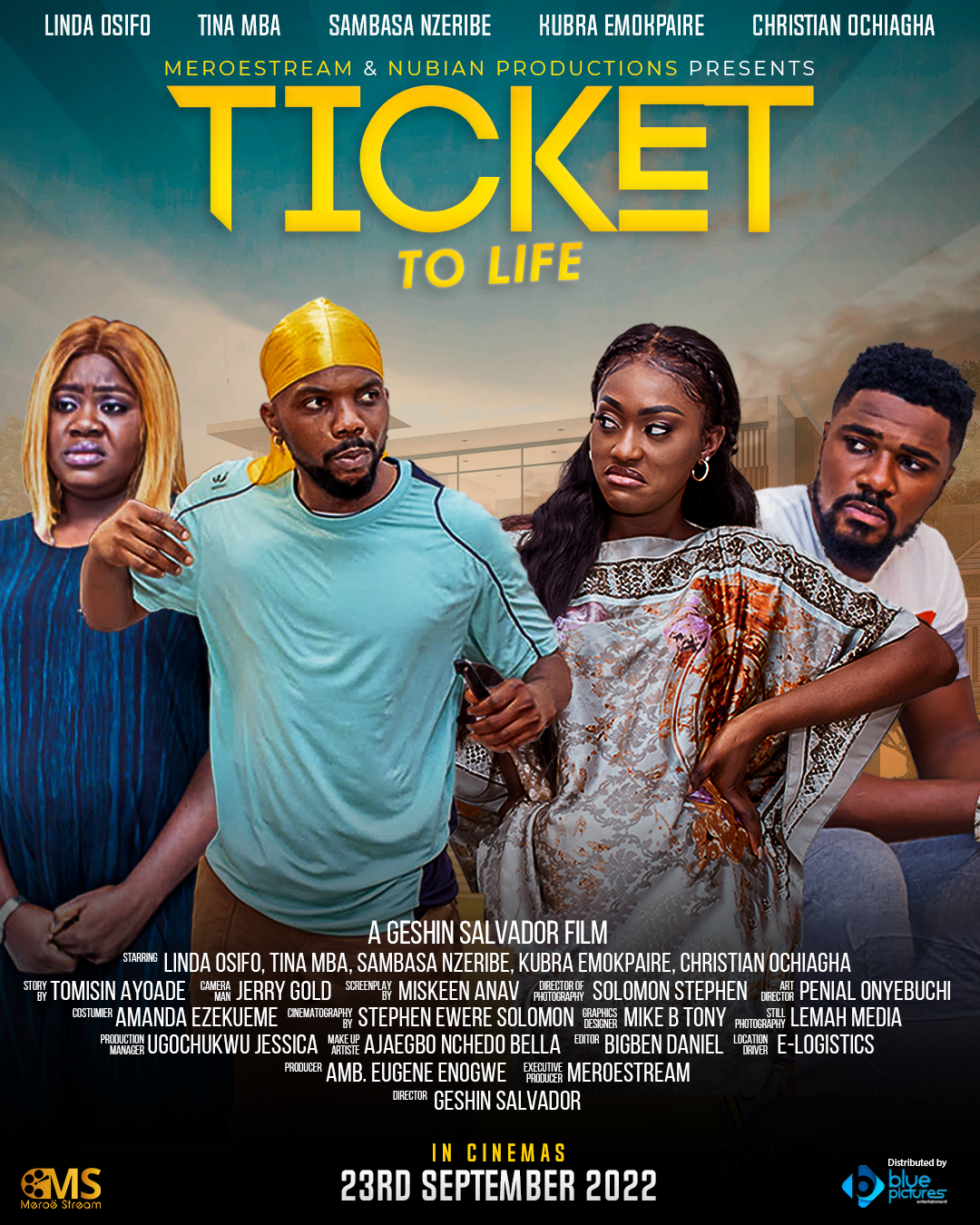 Meroestream and Nubian productions have confirmed the theatrical debut of their latest collaboration, “Ticket to Life.”

The film, which hits cinemas on September 23, is directed by ace filmmaker Geshin Salvador and scripted by Miskeen Anav from a story by Tomisin Ayoade, and tells a multifaceted tale that’ll leave film lovers on the edge of their seats.

“We wanted to make a film that is true to Nigerian reality instead of a Hollywood wannabe. It was important to find a very good script, cast brilliant actors who deliver 10/10 and give the project to a director who is passionate about storytelling. We think we nailed it with Ticket to Life,” said Olayinka Quadri, the film’s Executive Producer.

The filmmaker added, “This film depicts the Nigerian reality so well; the actors bring something different to their previous work; it is funny and beautifully shot. The audience will come away talking about it and quoting the actors.” 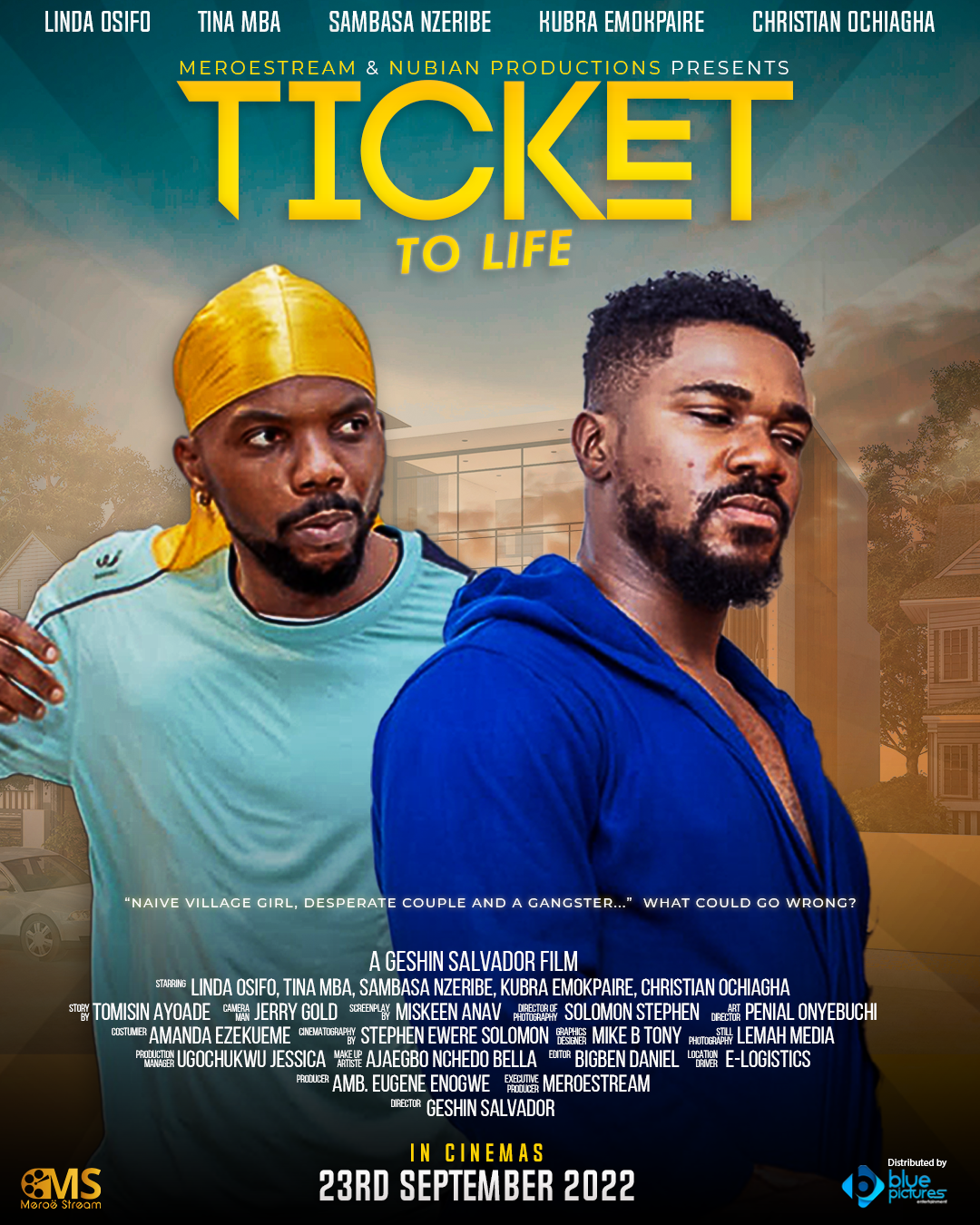 The official synopsis of the film reads, “After coming to Lagos from the village in search of greener pastures, Nafisat soon realises that the grasses are not as green as they seem when she discovers a haunting secret. She must then make a deal with an archenemy to preserve her only means of survival against another enemy.” 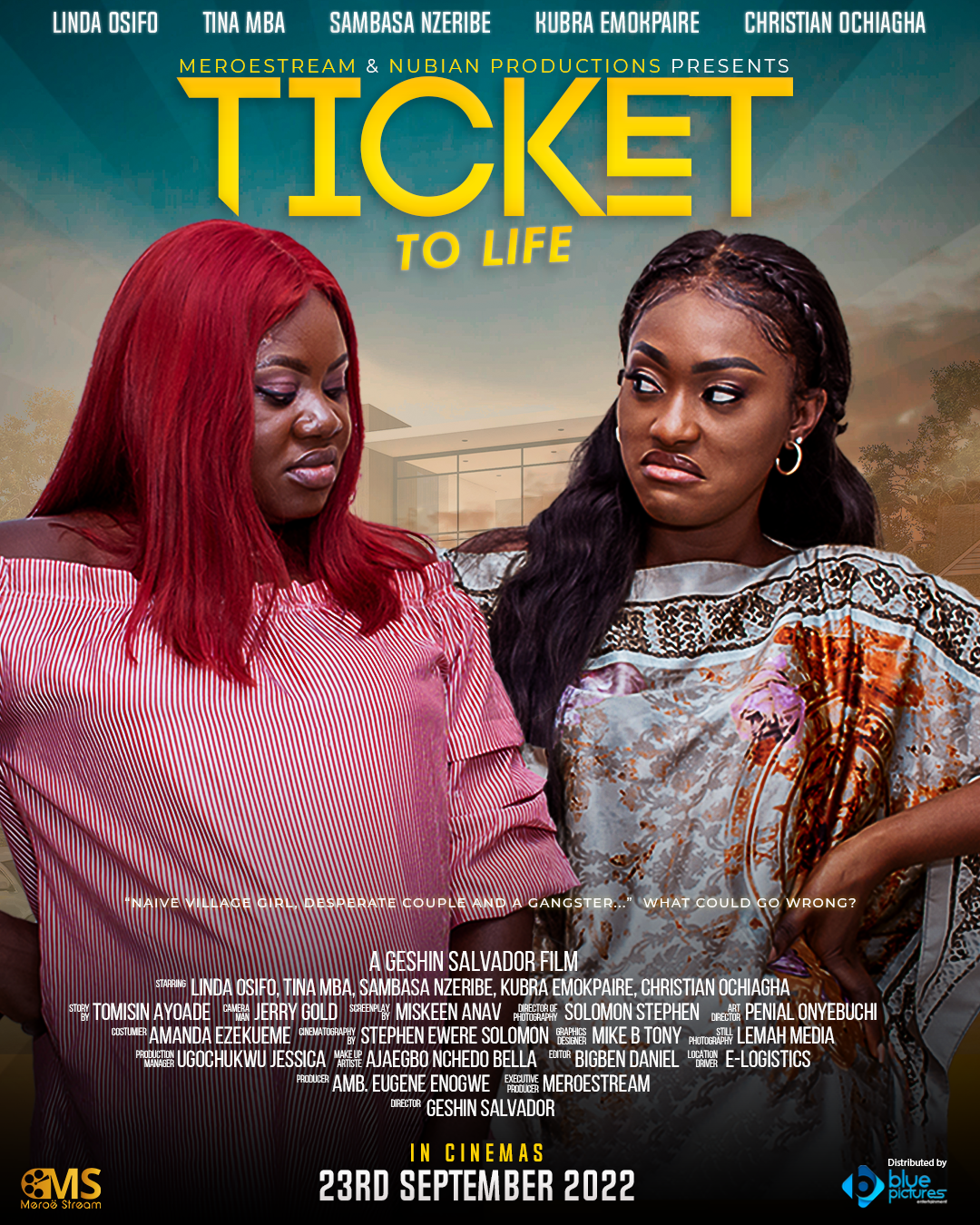