‘Fate: The Winx Saga’ Season 2: Netflix Production Update & What We Know So Far

Fate: The Winx Saga is returning for season 2 at Netflix. While opinions were divided on the first season, it clearly made enough of an impact to warrant future iterations. Here’s everything we know so far about Fate: A Winx Saga season 2.

Many fans that would have grown up watching the cartoon series tuned in to watch the live-action adaptation.

Has Fate: The Winx Saga been renewed for a second season?

Netflix has revealed through its Twitter accounts that Fate: The Winx Saga will be returning for a second season!

BREAKING FAIRY NEWS… Fate: The Winx Saga will return for a second season!✨

A season 2 announcement video was also dropped on YouTube to confirm the news further.

Since its release on Christmas Day, Bridgerton has been firmly sat in the TV top spot in multiple regions around the world, most notably in the US. The series to finally unseat the period drama was Fate: The Winx Saga on the 23rd of January. It must be noted that the Original’s reign at the top only lasted eight days, before being unseated by Bridgerton.

In June 2020 we reported that Fate: The Winx Saga had been renewed alongside Ozark and Warrior Nun.

What about the series controversy?

With a franchise as popular as the Winx Club, naturally, any live-action adaptation will come under some level of scrutiny.

Quality of the series aside, the largest controversy the show has faced was down to the casting decisions. In particular, the character of Musa, whose character design was inspired by Chinese-American actress  Lucy Lui, was not given to an actress of Asian descent, and instead, Emily Applebaum was cast.

Fans had further issues with the character of Flora being dropped in favor of Eliot Salt’s character of Terra Harvey. Although Flora’s potential debut in the second season has been teased by Salt (and we can confirm this to be the case shortly).

Arguably these ‘controversies’ were nowhere near enough a reason to cancel the series. 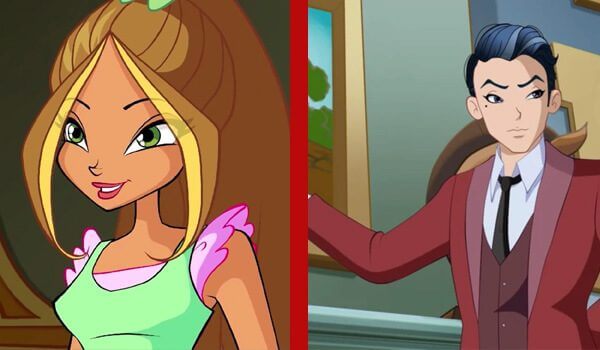 We’re happy to confirm that there are at least three new characters being introduced in season 2 including:

Where is Fate: The Winx Saga season 2 in Production?

We’ve known that production was due to get underway this year however, we’ve been informed that the current schedule (which is always subject to change) is currently planned to take place between Mid-July 2021 and November 2021 with filming once again taking place in Dublin, Ireland.

We’re also told this season has been expanded to 7 episodes but we’re waiting for confirmation on this.

When could we expect to see Fate: The Winx Saga season 2 on Netflix?

Given the production schedule outlined above, our best guess is that it’ll be out in mid-to-late 2022.

What to expect from the second season of Fate: The Winx Saga?

In her dramatic fight with the Burned Ones, Bloom was able to sprout her own wings, becoming the first fairy to do so in many years. The use of her wings allows Bloom to tap into even more powerful magic, in particular, old magic that not even the staff of Alfea College can tap into.

With her new powers unlocked, Bloom will only grow stronger. The source of Bloom’s power is the Dragon Flame, and if she can control it she may be able to remove the Burned Ones for good.

It may take some time for Bloom to learn how to control her powers, as the first time she activated her wings she soon collapsed from the exhaustion of using them.

With Bloom the first to sprout wings, it can’t be long before we see the other fairies learn how to do the same. Other than being an extremely powerful fairy, we still don’t know why her wings activated, but if she can figure out the key to the ability, other fairies may be able to learn the ancient magic.

With the help of the Queen of Solaria, Rosalind killed Farah Dowling. With her return as headmistress, it’s clear she will use her authority to further push Bloom to unlock more of her powers. With a looming war hanging over Alfea, Rosalind is likely to use this opportunity to push the students to become even stronger, and possibly turn them into soldiers that will fight in the war to come.

The cast of Fate: The Winx Saga appeared in a video for Netflix reading all the fun fan theories that subscribers have.

Would you like to see a second season of Fate: The Winx Saga on Netflix? Let us know in the comments below!

‘Outer Banks’ Season 2: Coming to Netflix in July 2021 & Everything We Know
Google Integrates With WooCommerce For Easy Product Uploads