With storm season in full swing, many Albertans may be wondering if another hailstorm like the one that devastated Calgary last June, is coming.

While storms’ destructive power cannot be prevented, people will now have a better idea of where and when they will hit.

On Tuesday, Environment and Climate Change Canada (ECCC) changed how it alerts Canadians to potentially lethal weather. Many are already familiar with the Alerts Page of Environment Canada’s website and the types seen on television and social media too.

In the past, tornado warnings would be put through the ALERT system to mobile devices, TVs and radios.

Watch below: Some Global News videos about severe weather.

“With life-threatening situations, extreme thunderstorms with baseball-sized hail (and)130 kilometre-an-hour winds; really, there is a need to get that information in your hands right away,” said Geoff Dunsworth, manager of weather service programs at ECCC. 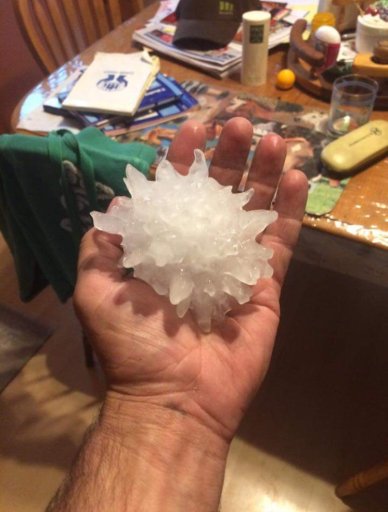 Currently, ECCC breaks each province down into zones. Then, those zones are further broken down by communities called meso-zones. Dunsworth said anyone in one of those affected meso-zones will be alerted, regardless if their phone number is from the region or not.

“It is cellphone tower-based, not area-code based,” he said. “So if you are in the broadcast area of the cell tower, you will get the notification.”

It is a more precise way of alerting the public, which Dunsworth said helps to avoid alerting people 100 kilometres away who are not affected by a storm.

He added that these warnings will not be issued lightly. There will need to be strong evidence of wind and/or hail which meet the level of life-threatening.

Dunsworth said the number of annual storms in Alberta that meet these new parameters is around two, with a national count of around 12 to 14. That number may increase as work continues to improve how precise the monitoring is. In the future, it could also include alerts for things like tsunamis and hurricanes.