FORMER American goalkeeper Brad Friedal has claimed England does not scare US – but Wales do.

The World Cup will get underway tomorrow and Group B – featuring the Three Lions, the US, Wales and Iran – is set to be a blockbuster.

Expectations vary on how far the United States can go in this tournament with the country having a mixed record at World Cups.

But manager Gregg Berhalter takes a young and exciting side to Qatar with several names thriving in the Premier League.

And Friedal, who made 82 appearances for USMNT in his playing career, is convinced the team have talent.

And he’s more worried about Wales than England due to Gareth Bale.

The ex-Tottenham keeper wrote in the Mail: “A lot of people think the US should beat Wales but this Welsh team is good. They have some excellent players and I’ve seen up close how special their star man, Gareth Bale, is.

“A lot of people think the US should beat Wales but this Welsh team is good. They have some excellent players and I’ve seen up close how special their star man, Gareth Bale, is. Watching him in the MLS Cup final showed me how the fire still burns inside.”

Friedal added that he thought the group would be difficult for the US to navigate – but it was not England he was worried about.

He said: “If we lose that first game, it becomes a real hard group. The Iranian team is very well structured, technically good and no pushover. And yet it’s a game that on paper, people think the United States should win. 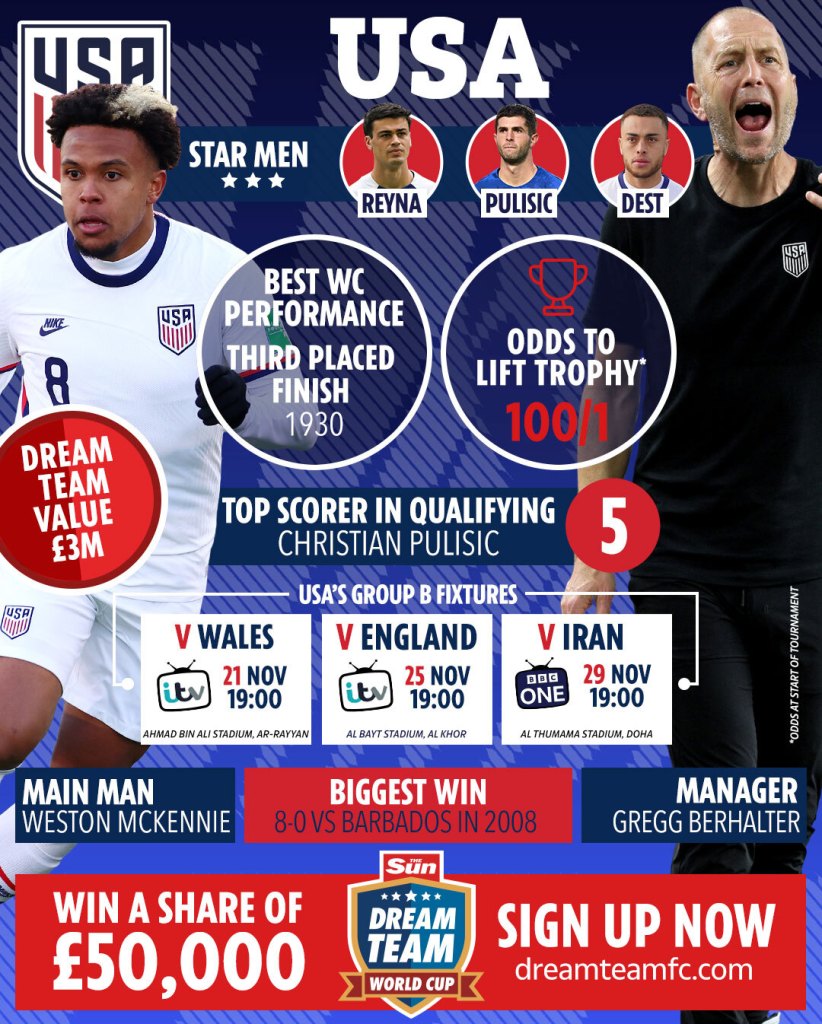 “We could lose to England, but that doesn’t scare me. Getting up for that game is simple. Can this US team motivate itself to do really well against Wales and Iran?”

The US failed to qualify for the last World Cup in Russia.

But in Brazil in 2014, they managed to get out of a difficult group of Germany, Portugal and Ghana before losing at the last 16 stage.

In 2010 they even managed to top their group above England before again losing in the last 16.