ENGLAND’s spirits are high as they complete the final preparations ahead of their World Cup clash against USA.

The Three Lions got off to their best ever start to a World Cup campaign by beating Iran 6-2 on Monday. 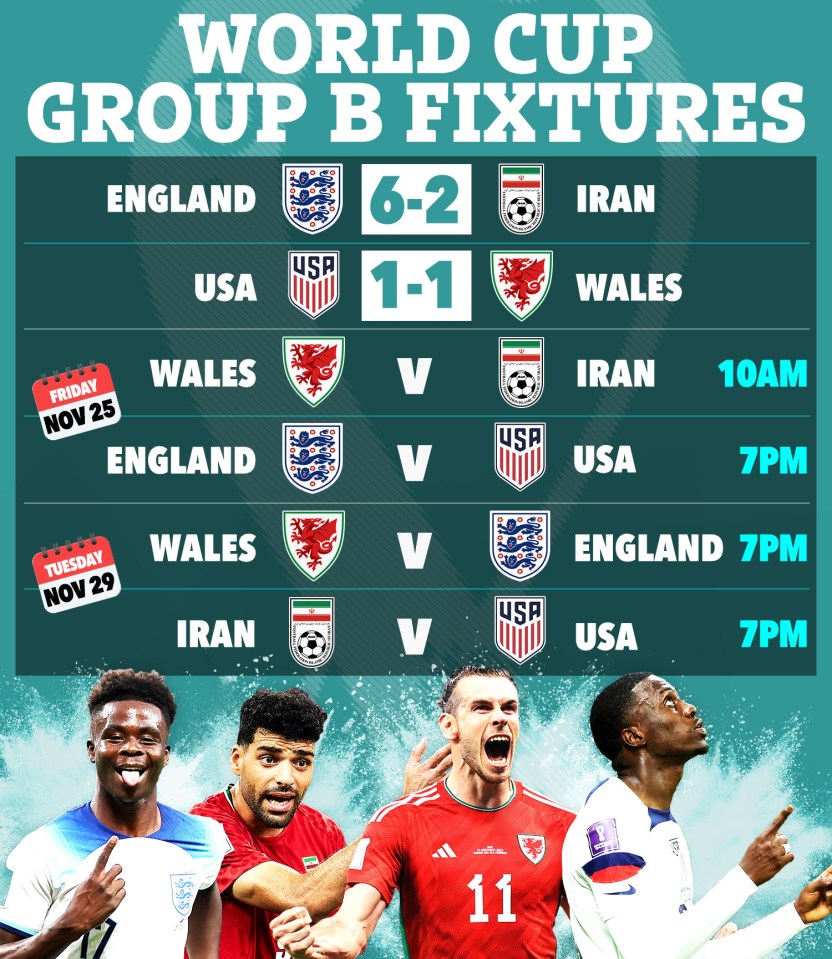 And a win against the boys from across the pond would see Gareth Southgate’s side qualify for the knock-out stages.

Southgate is determined to continue winning and wants to make history by beating USA for the first time at a major tournament, having famously lost to the Americans at the 1950 World Cup.

But a draw would also be enough after Iran beat Wales 2-0 to throw the group wide open.

That means England can play with less pressure on their shoulders, though the players’ relaxed attitude in camp suggests their worries are already at ease.

Manchester City pair Jack Grealish and Phil Foden certainly looked laid back in training as they played a game of no bounce with each other.

The wingers effortlessly pinged volleyed passes to one another and did kick-ups to prevent the ball from bouncing.

The sequence of passes lasted a remarkably long time and only failed after Grealish failed to keep the ball alive after controlling it between his legs.

That left Foden with his head in his hands and Grealish with a big surprise smile on his face.

The £100million star was laughing once more in training after finishing a running drill ahead of Kyle Walker.

Walker is perhaps England’s fastest player but in a test of agility against Grealish he slipped, leaving his City team-mates in stitches.

The West Ham star received the ball from Conor Gallagher and performed the tricks wearing socks – much to the amusement of close pal Mason Mount.

That trio also played a game of no feint with Raheem Sterling.

The group appeared to be loving life as they lured one another into receiving a pass that did not come, with Mount the eventual winner.