Exclusive: Elma Mbadiwe on Her Role as Carmen in Netflix’s Young Adult Series “Far From Home”

BellaNaija has been following Elma Mbadiwe since her breakthrough role in the short film “Without You,” which established her as a Nollywood star to watch. Over the last year, the actress has steadily been featured in outstanding Nollywood titles such as Tosin Ibitoye’s short film “Blast,” “Rattlesnake: The Ahanna Story,” Ndani TV’s “F.O.MO.” and “Rumour Has It,” and now she is playing the role of a teenager, Carmen, in Netflix’s first Nigerian Young Adult series “Far From Home,” produced in partnership with Inkblot Productions.

In this interview, Elma gives insight into her role as Carmen, her favourite memory on set, and what the audience would love about the forthcoming series.

Elma! Welcome. This is your first Netflix series, right? How did you land the role of Carmen?

Thank you. It’s quite a funny story, but a fun fact. The casting director called me to suggest actors who could play teenagers. And I’m like, “Hey, what about me? I’m an actor.” And he says, “Nah, they want someone young.” So I send him my pictures, and after a strong convincing pitch, he agrees and sends my picture to the team. It was an instant hit. I guess the team liked what they saw… So I’m asked to send in some self-tapes, about 4, which I did, and here we are.

Who is Carmen Wilmer-Willoughby, and why should we root for her?

Carmen is the only child of Feyi and Mabel Wimer-Willoughby (excellently played by Bimbo Akintola and Richard Mofe Damijo). She’s in dire need of validation from anyone—her folks, her friends, and even her foes. Carmen is a sweet-at-heart kind of girl, but life has dealt her some tough cards, and she’s not mentally resilient enough to deal with them. But there’s a bit of her in all of us. She’s human. That’s why I think we should root for her.

Playing Carmen must have been tough; what was most challenging about being Carmen?

I would say the most challenging thing about playing Carmen is becoming a teenager all over again. I am not a teenager and I’m kind of set in some of my ways. However, acting is learning, unlearning, and remembering. And that’s exactly what I did with Carmen. Try to remember what being a teenager was like and juxtapose that with who I think the character Carmen is because I was nothing like her as a teenager (laughs).

The shoot lasted 82 days—that is a long time! How did you manage to stay connected to Carmen for such a long time?

Yes, it was quite a long commitment, but the upside was that all the teen cast members were together in the same space, and we did stuff together. that constantly put me in Carmen’s shoes. And oh, the uniforms. It’s hard to forget who you’re supposed to be when you’re wearing those. 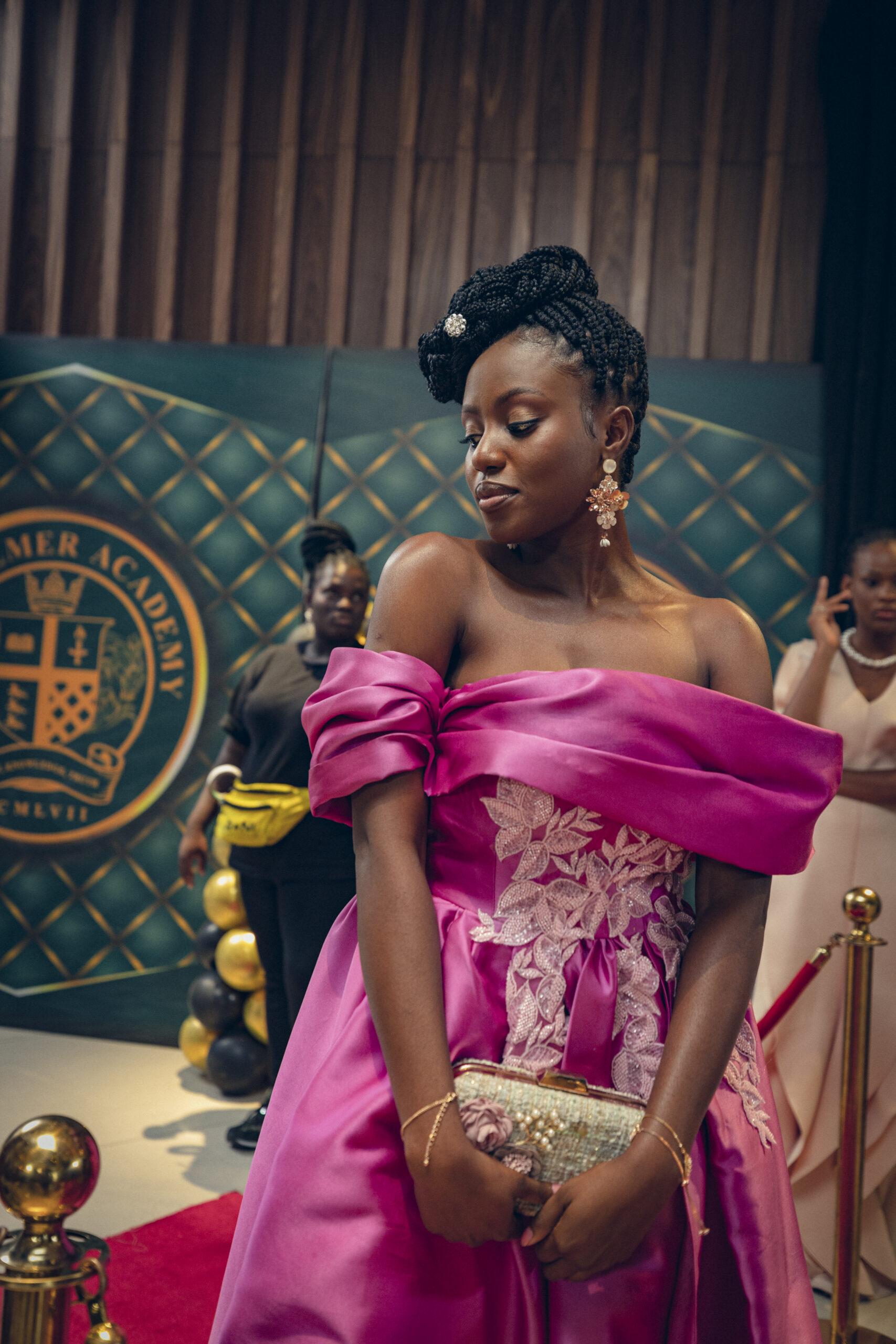 What was your favourite on-set memory?

To be honest, I have many, but I would say the fun times with cast members. We ate together, played games together, and shared many early mornings and late nights. It was an enjoyable set.

Why will audiences love “Far From Home”?

The audience will love FFH because it’s young and fresh, and we have all lived every character’s life at one point or another. There’s someone everyone can relate to. Ishaya, Atlas, Frank, and, of course, Carmen.

When Elma is not on set, how does she spend her typical day?

When I’m not on set, I spend my time at home with my family. It’s really hard to get me outside my home to do something else when I’m not working. So I Netflix, cook, and take care of my plants.

The Duke & Duchess of Sussex share the other side of their high-profile love story in Netflix docu-series “Harry & Meghan”
The Naija Job: Femi Ogunsanwo & Tunde Leye reunite towards an upcoming Movie Project